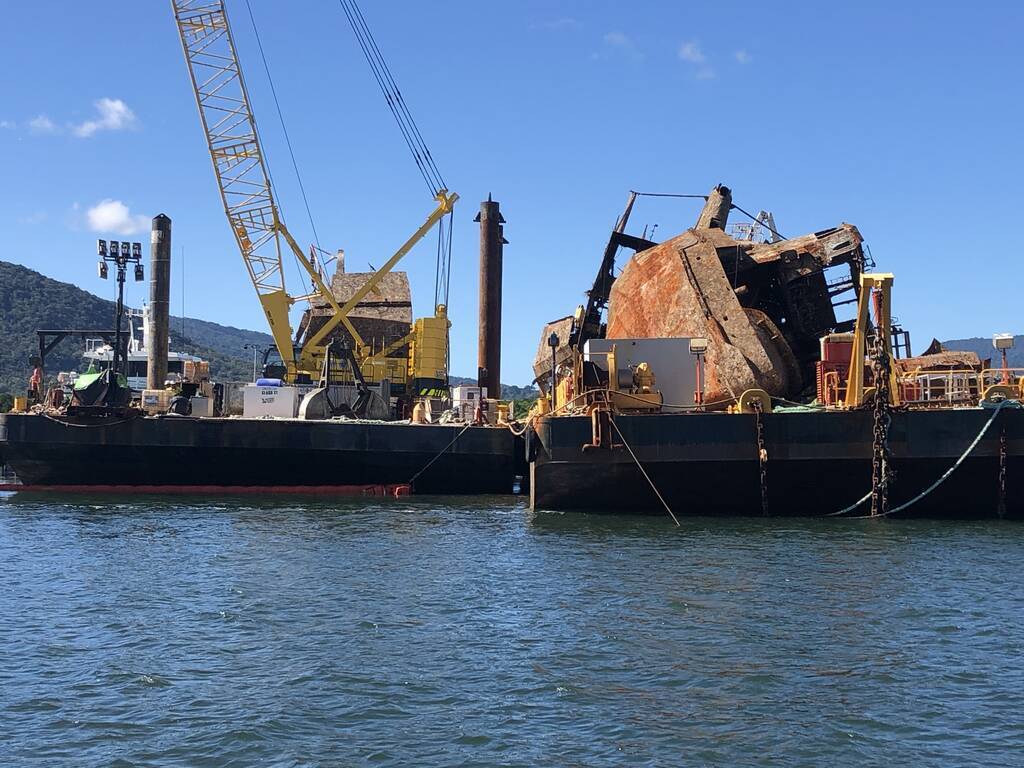 Queensland's War on Wrecks Taskforce is back on the road, consulting Queenslanders about the best ways to implement the recommendations from its interim report released in July 2019.

The taskforce, consisting of parliamentary, local government and maritime industry representatives, conducted an initial series of forums across Queensland from August 2018 to February 2019 seeking to understand why so many Queenslanders end up walking away from their ageing vessels, leaving them to rot in the water.

It produced a report outlining eleven recommendations centred around developing a whole-of-life approach towards vessel ownership, from the time of initial manufacture to its eventual disposal.

The Taskforce's new consultation phase is focused on engaging Queenslanders to obtain feedback on the most practical ways to implement its recommendations, summarised in our March 2020 edition of Maritime Matters. It is being assisted by MSQ and began with a community forum in Cairns on 1 August 2020.

Community forums were held in Noosa on Saturday 22 August and Wynnum on Saturday 12 September, while Gladstone will be the setting for similar discussions on Monday 28 September.

Meanwhile, the effort to finish the task of removing derelict and abandoned vessels, which began in 2018, continues.

From the commencement of the War on Wrecks in 2018 up to 30 June 2020, 609 derelict vessels have been removed from Queensland's waterways, using monies from the taskforce's $20 million fighting fund. MSQ and its partner agencies removed 364 of those, and vessel owners either removed or remediated 245.

If those numbers seem a little difficult to get your head around, consider this: during the 2019 calendar year alone, almost 2,500 metres of derelict vessel materials were removed from Queensland's waterways. If the removed vessels were stacked with each touching bow-to-stern, their combined height would have surpassed the height of Mount Kosciuszko.

In the process of moving this mountain of material, many of Queensland's best-loved rivers, creeks, bays and inlets have received a welcome makeover. For instance, Trinity Inlet and Admiralty Island are now safer for mariners and aesthetically improved. Since the War on Wrecks began, 82 derelicts have been removed from the Cairns region, including the 32 metre ex-fishing vessel Warunda in July 2020.

The removal of a variety of abandoned and live-aboard derelicts from Admiralty Island restored its shores to a pristine state and, during the process, helped the local Gimuy Walubara Yidinji people to discover some ancestral artefacts. These have been left undisturbed on the island.

Despite the significant progress made to date, there is still much work to be done. A further 278 vessels have been either identified as derelict or are at risk of becoming derelict, with procurement activities currently underway by MSQ to remove 27.

Assistance from Queenslanders is still needed to win the War on Wrecks. If you are in the Gladstone region and would like to attend the taskforce's public forum on Monday 28 September, you can register here.

Alternatively, please email us at WarOnWrecks@msq.qld.gov.au if you:

Further information about the War on Wrecks, including the progress being made, can be found on MSQ's website