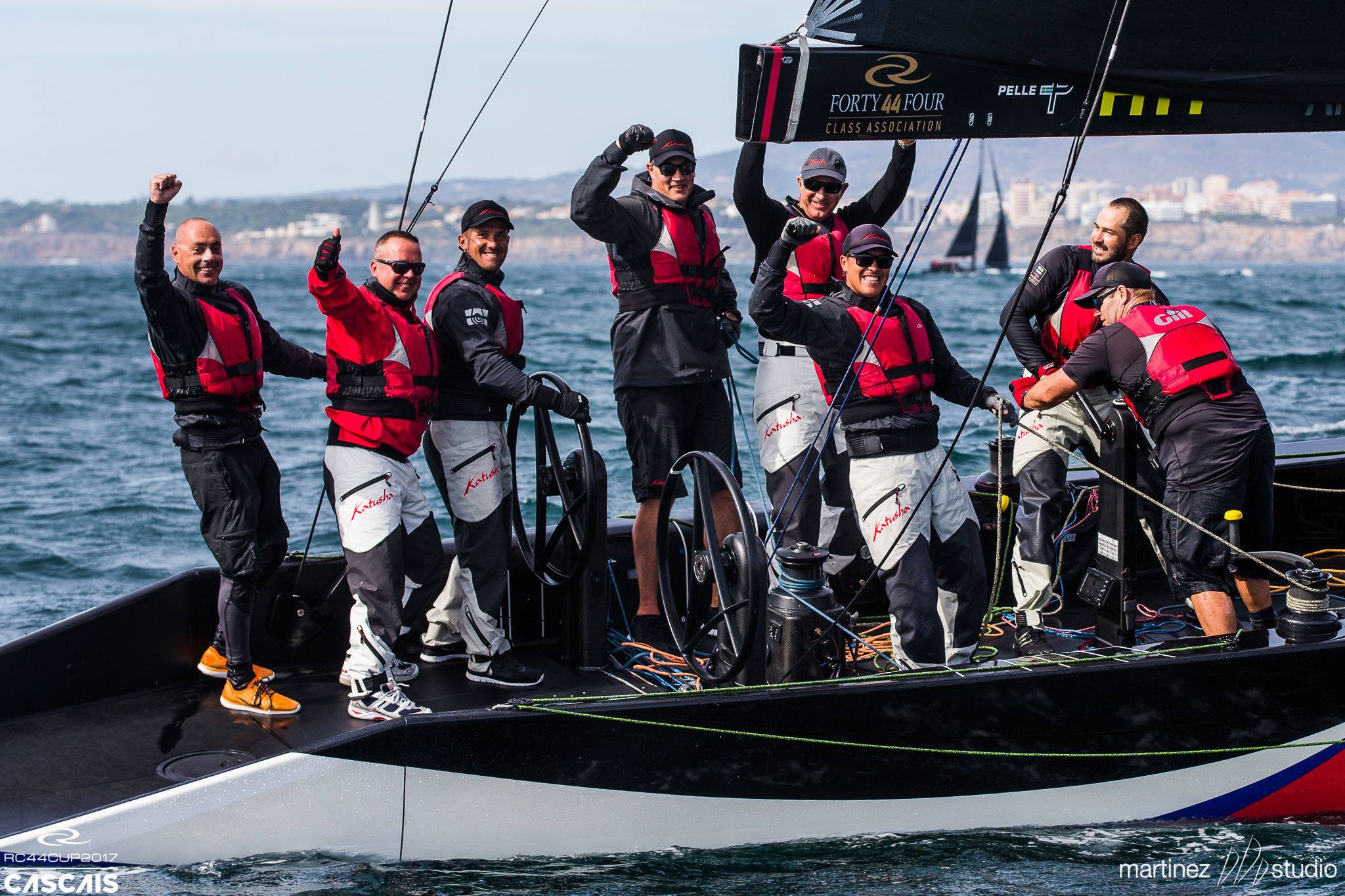 Cascais laid on an action-packed day for the conclusion of the 2017 RC44 Championship's penultimate event, the RC44 Cascais Cup. At the beginning of it, Igor Lah's Team CEEREF held a slender lead, but lost it to Charisma. By the start of the third and final race Alexander Novoselov's Katusha was leading by two points. Despite Team CEEREF sailing an immaculate final race, a second placed finish for Katusha enabled the Russian team to win the RC44 Cascais Cup by just one point.

“I am happy,” said a beaming Novoselov, still dripping after taking a victor's plunge. “It was a good day with big challenges. Normally when we win some races I say we were lucky, but this time it wasn't that. We had very good team spirit. It was tough right to the end.”

Novoselov said the last race was stressful, with Team CEEREF leading at the first top mark rounding when they were third. From Team CEEREF's side, tactician Adrian Stead recounted of the fateful race 3: “At the top of the first beat Katusha looked dead and buried, but the next time I turned around they were in second…which was annoying.”

While the wind started off at 10-14 knots, again from the unusual northerly, offshore direction, by the first run it was already up to 20 knots and remained firmly in the 20-25 knot range for the remainder of today's three races. In this RC44s could hit speeds of 20+ knots during downwind surf-fests.

It should have gone so much better for Chris Bake's Team Aqua. Going into the final day as the only one of the nine RC44s not to have won a race here in Cascais, she was fully on track to claim race one today. Bronenosec Sailing Team rounded the top mark in first place, but gybing soon after cost them dearly and it was Bake's team that led for the next lap. However approaching the finish line Nico Poons' Charisma flew past in their own personal gust.

“They gybed early and went to the other side – we couldn't figure out why, so we won that one,” recounted Poons. As in the race they won yesterday, at one point in race one today Charisma had been last. “We got stuck at the top mark,” explained tactician Ray Davies, “but we went offshore in a lot of breeze and passed most of the fleet on the first run and then were back into it. We had a nice layline into the finish and then a couple of nice waves and we surged through to leeward.”

In race two it was the turn of John Bassadone's Peninsula Petroleum to lead at the top mark, with Team Aqua again second and Katusha third, positions that remained at the second top mark. Unfortunately on the last run, the gennaker split from seam to seam first on Team Aqua, then on leader Peninsula Petroleum. This allowed Katusha to pull ahead with Team Aqua again second. Sadly Charisma suffered a severe broach in the first run and finished the race seventh. As Poons described it: “Suddenly we went upside down – there was a freak gust and a freak wave, which I didn't expect and neither did the team so over we went…”

Katusha's 3-1-2 winning scoreline today was the best any of the boats posted this week. Ed Baird was standing in for Andy Horton on tactics and paid tribute to the Katusha team. “They know how to make this boat go really well and it makes the tactician much smarter. It is always important to be quick and the guys made the boat go well. Without that, none of this happens.”

With a discard kicking in following this regatta, so Igor Lah's Team CEEREF is on level points in the 2017 RC44 Championship with Katusha, but the Slovenia team leads – and is the new recipient of the golden wheels (the RC44's yellow jersey equivalent) – through having a higher result at the 2017 RC44 World Championship.

Having led for the duration of the four day event here, Lah was disappointed not to have won the RC44 Cascais Cup. “We missed it for a second time by a point, so we will come back next year to try and make it third time lucky.”

The 2017 RC44 Championship is set to conclude next month with the RC44 Calero Marinas Cup in Marina Arrecife, Lanzarote over 23-26 November.