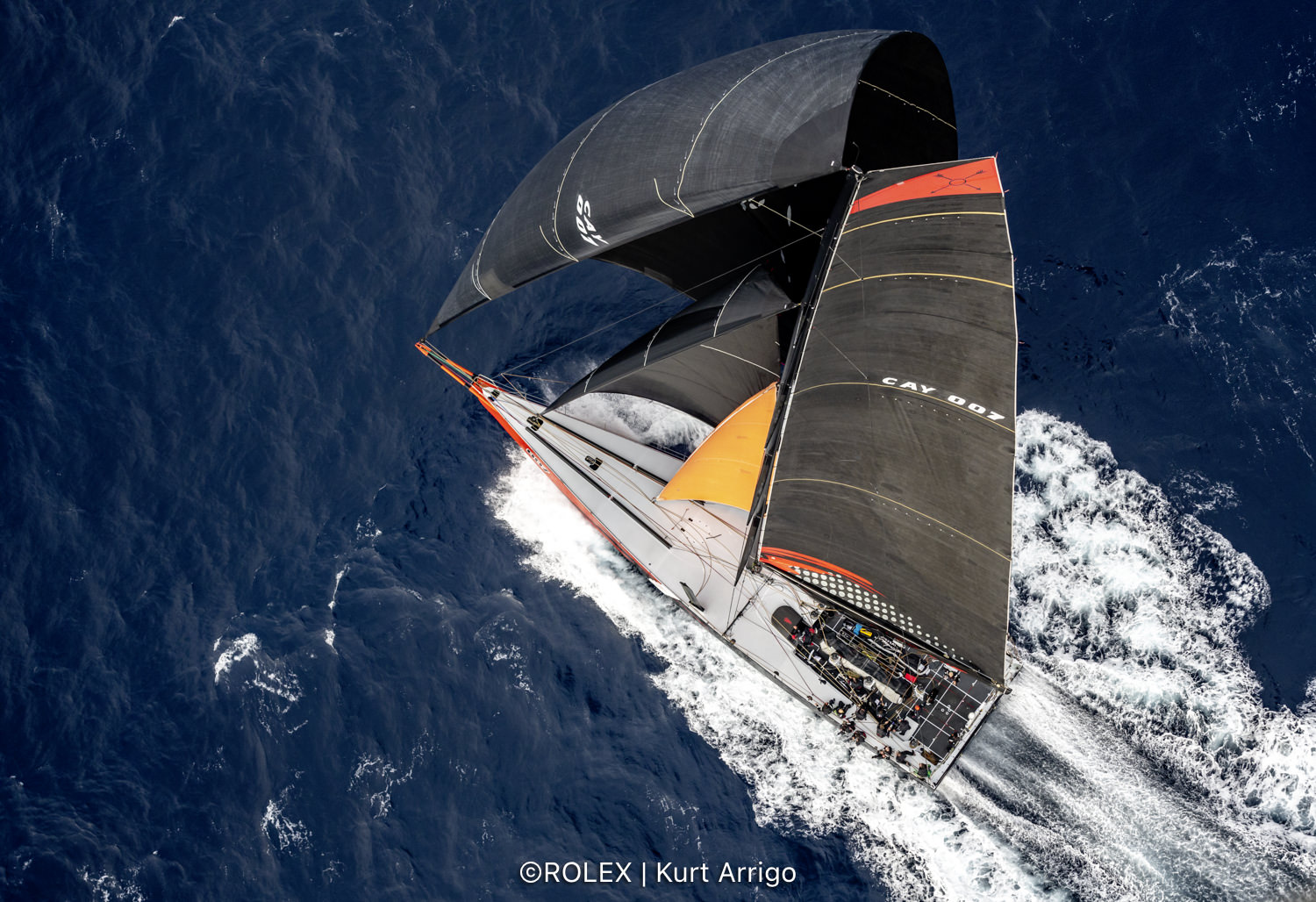 Super maxi Comanche (CAY), skippered by Australian Mitch Booth, has been confirmed as the overall winner of the 42nd Rolex Middle Sea Race after taking line honours and breaking the race record.

An exceptional crew of 23 included in its ranks the likes of Australians Will Oxley, as navigator, Tom Slingsby, Kyle Langford, Justin Slattery and Luke Molloy, along with Shannon Falcone, Hugo Rocha and Willy Altadill.

Victory under IRC time correction is added to the monohull line honours and monohull race record secured in a contest dominated, initially at least, by what many have described as a once in a lifetime weather system.

Comanche finished the race on the morning of Monday 25 October and was in pole position until the arrival of the JPK 1180 Sunrise on the afternoon of Tuesday 26 October. This altered in the early hours the following day, with 23 boats still on the racecourse.

A serious and adverse change to the weather forecast led the Royal Malta Yacht Club Race Committee to invoke the alternative finish line, as per the sailing instructions.

“The decision to invoke Sailing Instruction (SI) 11.3, was made after careful consideration of a changing weather pattern and the potential danger to those yachts that were still racing, when approaching the finish,” explained Peter Dimech, Principal Race Officer of the Royal Malta Yacht Club (RMYC) for 12 years.

“First and foremost, the RMYC has to consider the safety and wellbeing of those participants that are still at sea. SI 11.3 enables the Race Committee to use an alternative finish line in the South Comino Channel if severe weather conditions make it unsafe to enter Marsamxett Harbour.

“The rule was written specifically in anticipation of the forecast severe north-easterly, which would have made Marsamxett Harbour extremely dangerous to enter. For that reason, we made the call, which was announced to all competitors whether finished or racing, in accordance with rules.”

According to available records, this is the first time in the 53-year history of the race that the alternative finish line has had to be used. Nineteen yachts have been able to finish the race using this line.

As a consequence of the decision, all yachts taking part have been scored for the purposes of time correction using the alternative finish line.

Nobody left racing is able to meet the time required to change this result.

Comanche has achieved the trifecta of overall winner, monohull line honours and a monohull race record. Her race record of 40 hours, 17 minutes and 50 seconds is based on the full course distance of 606nm. Two boats have previously achieved this monohull triple crown: Robert McNeil’s 22.86m/75ft Zephyrus IV in 2000 and George David’s 27.5m/90ft Rambler in 2007.

Some 89 yachts of the 114 that took part in the race have so far finished, with 25 officially retiring.

Full results and all information: http://www.rolexmiddlesearace.com