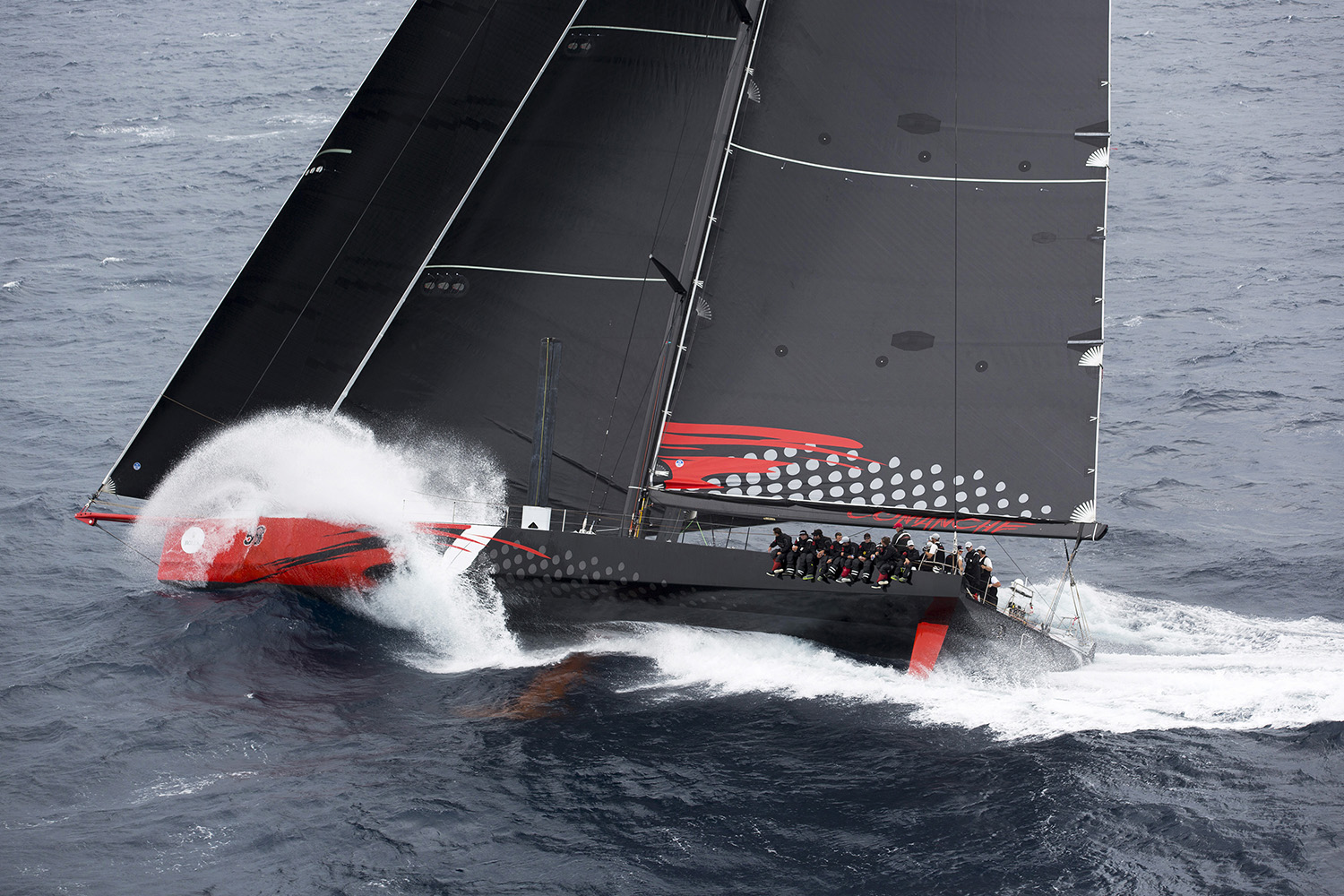 It was very dramatic night for the Rolex Sydney Hobart Yacht Race fleet with 14 boats retiring, including eight time line honours winner Wild Oats XI and Perpetual Loyal. American maxi Comanche looked to be retiring after damaging their rudder and daggerboard but were able to make repairs and keep fighting. The media centre spoke to Ken Read this morning and he explained they had “shattered the steering system” but will “punch on through.”

The boat will continue on starboard before tacking over for a long port tack. But they have had to re-learn how to sail the boat. “(On) starboard tack we had to remain low and safe, we had to learn to sail about as straight as possible.”

“Heinous” is how he has described the conditions. “We just had a massive left hand shift. 2.5-3 metre seaway for the last 16 hours.”

Kristy Hinze-Clark is motivating the team to keep going, “Kristy is in good spirits, she’s our head cheerleader,” said Read. “I keep telling her we don’t have much of a rudder and she keeps asking if we’re still going to win.”

“We came here to finish,” he said. “One way or another we’re going to finish this damn race – we’ll limp across the finish line.”

“Even if we’re paddling we’ll be there.”