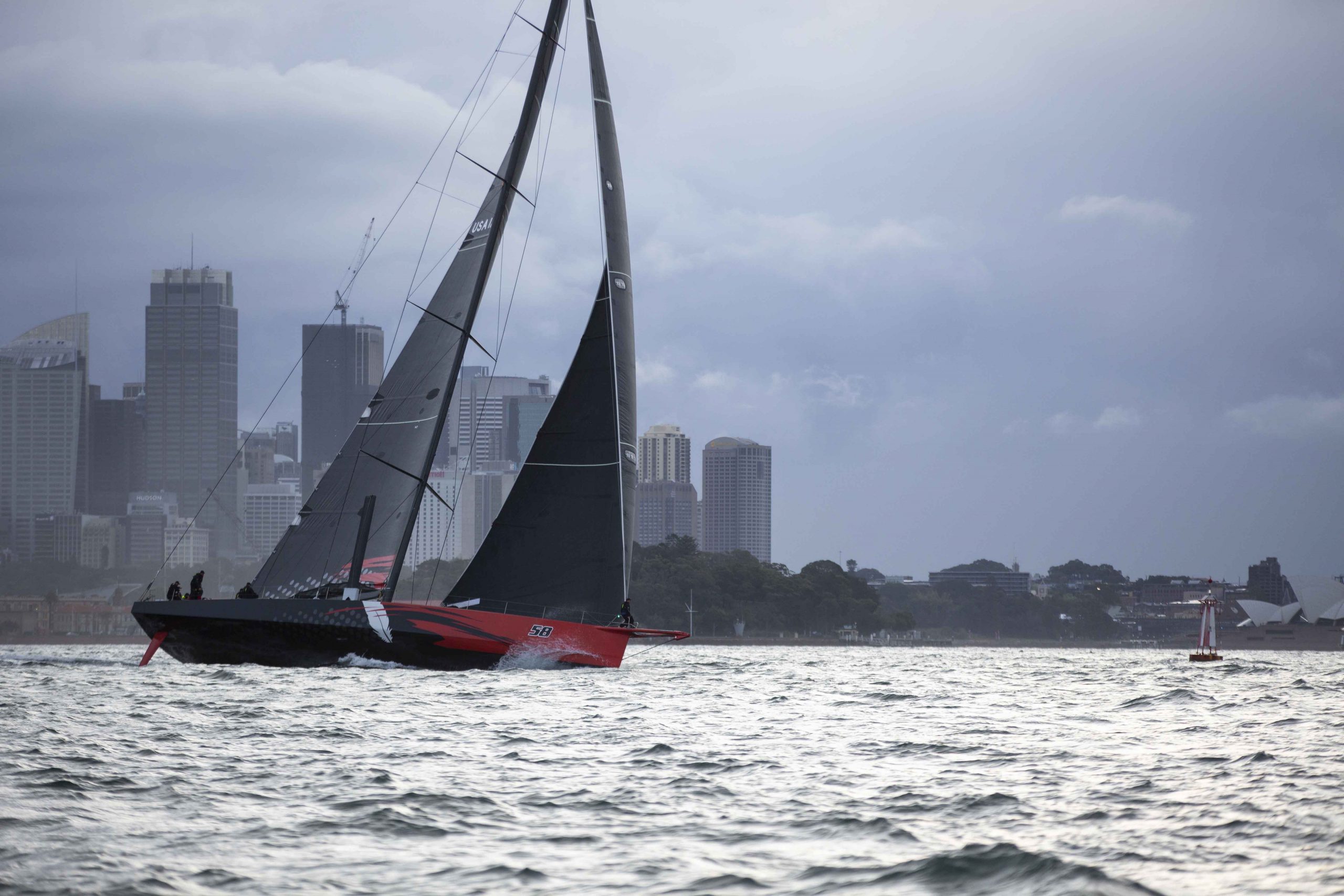 After a fast trip to Bass Island, but a slower ride back and run down Sydney Harbour, the super maxi shaved two hours off the record created by Ichi Ban (the Carkeek 60) in the inaugural race in 2014, finishing in 18 hours 34 mins 38 secs.

During the first few hours of the race, in favourable easterly winds, Comanche was able to make the most her length and large sail area, extending out in front of the chasing fleet.

After rounding the Newcastle turning mark in the late hours of Friday night, the 100-footer was able to keep the momentum high as she started the longer of the three legs from Newcastle, south past Sydney Heads and around Bass Island off the coast of Wollongong.

As the team progressed on this leg, however, the wind decreased as Cooney and crew closed in on Bass Island.

Boat captain, John Hildebrand, said the result was another positive for the team, particularly in the lead-up to the Rolex Sydney Hobart, in which Comanche broke the race record and took line honours last year.

“The first bit of the race was as forecast, then the wind petered out. It ended up being light and a bit fluky – a bit all over the place… but overall we’re pretty happy,” Hildebrand says.

“Jim (Cooney) loves it – he’s passionate about his sailing and he loves breaking records. That’s one of the things he bought the boat for – to break records and to win the Hobart.”

Follow the tracker and yachts’ progress live at https://www.mysailing.com.au/1154