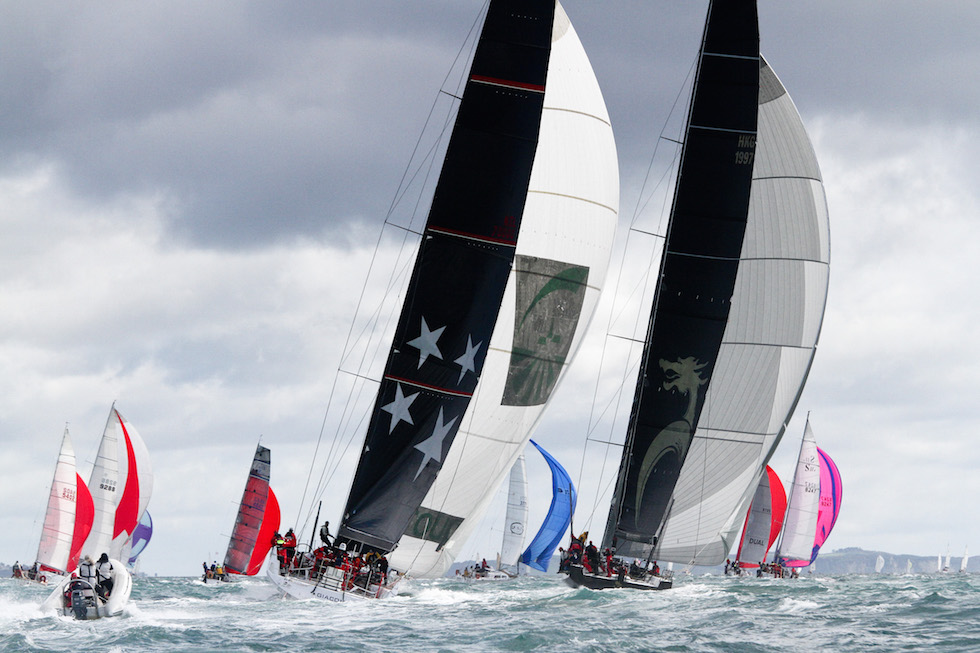 Competitors coming ashore after today's 119 nautical mile race may be wet, cold and tired, but most were smiling ear to ear and laughing as they told stories about their fast slide up the coast.

At 11pm Friday, 40 boats were firmly attached to their moorings in Russell, which accounts for approximately one third of the fleet. A few boats were lost to attrition along the way, with some boats sustaining significant damage but thankfully all crew are reported as OK.

Of the remaining fleet still racing through the dark, approximately half have already rounded Cape Brett. The volunteers pulling an 'all-nighter' on the finish line will have their work cut out for them, with the majority of the fleet due to finish by daybreak.

While the Mod 70 Trimaran, Beau Geste, took the early headline with their race record finish of 5 hours 37 seconds, there are a number of new stories emerging of thrills and accomplishments in challenging conditions. The 20-30 knot winds presented frequent opportunities for big gains, or easy losses and as one sailor put it “often testing of my manliness.”

Catamarans Cation and Kotuku were neck and neck for the whole race – pictured within meters of each other at the start line and finishing less than 7 minutes apart shortly before 6pm. Romanza was only 10 minutes behind the duo.

In the smaller multihull fleet, 8.5m Lucipher seems to have had the ride of a lifetime with current 8.5m record holder, Attitude, just 6 minutes behind. The race record for this open fleet is 8hrs 1 minute, but today wasn't quite the day to be on record pace.

Awen was the first monohull to get across the finish line for the third year in a row, probably with little knowledge of the tight battle unfolding behind him. Fast 52's V5 and Mayhem were nearly neck-and-neck to the finish, as captured by live drone footage, and V5 eventually crossed the line 30 seconds in front. Wired was slightly less than 4 minutes behind.

Mr Kite II made their mark on division 1b, the first ever PIC Coastal Classic for the boat, with a 20 minute lead over the newly-renovated Anarchy. Motorboat II was the first Division 2 boat to the finish, with nearly an hours lead on Innismara. We're pretty sure that's their stereo we can hear from the distance at the Duke Tavern…