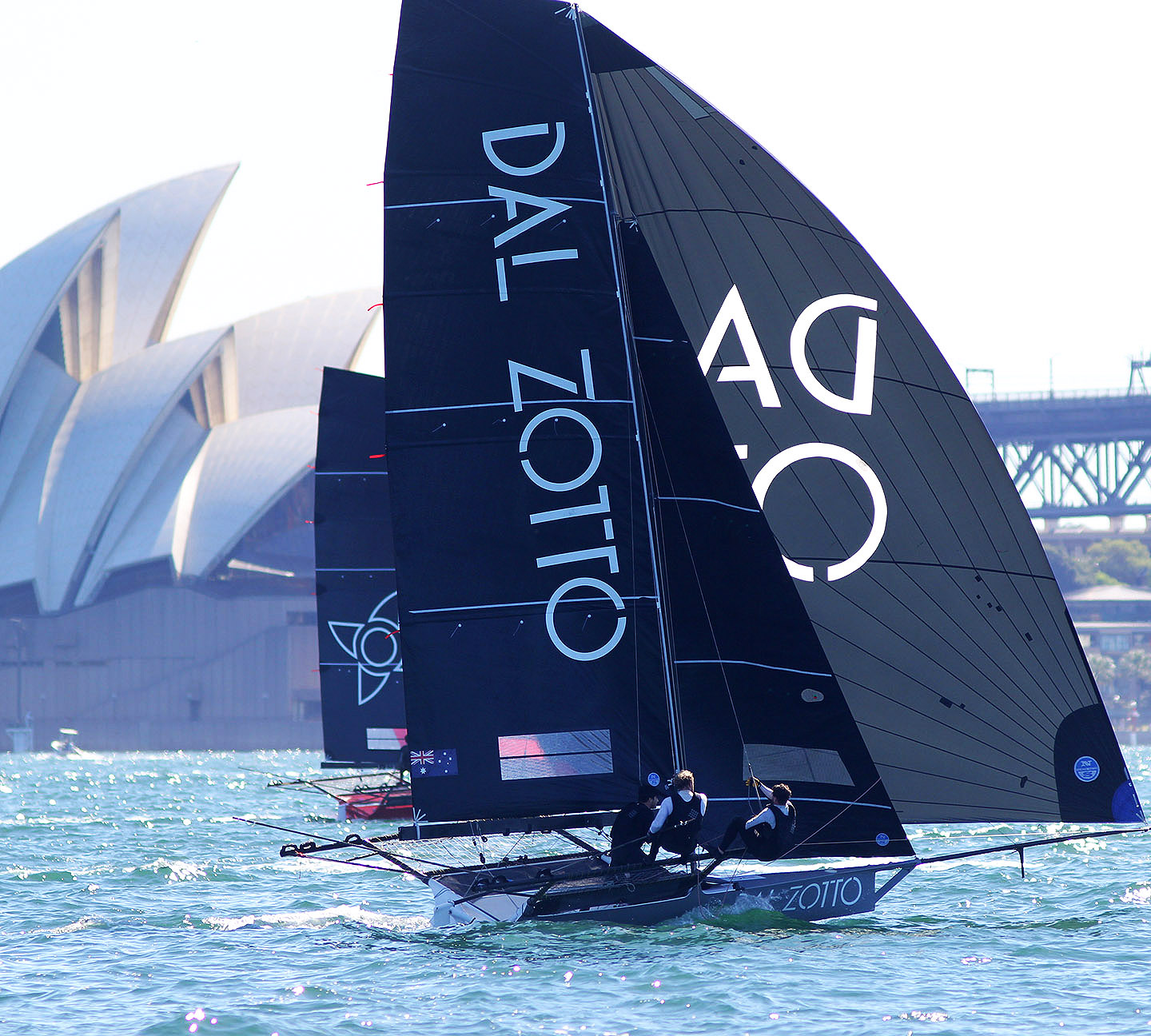 Jack Sprague was a Laser class sailor, who had a stint on a 16ft skiff out of Manly, but once he had tasted sailing a skiff, all he wanted to do was to sail an ‘18’ on Sydney Harbour.

In 2016 he was given Brett Van Munster’s name (Van Munster is the class boat builder and a skipper in the League’s fleet) who advised Sprague to contact the Australian 18 Footers League to see if there was an opportunity to sail a skiff in the 2016-2017 season.

After submitting his CV, League Commodore, Simon Nearn, provided Sprague with a hull and some gear to get him on the water.

Living around 75 kilometres north of Sydney, at Point Claire on the Central Coast of NSW, meant that Sprague would have to trail the skiff from his home to the League at Double Bay and home again, but that was no barrier to the enthusiastic sailor who was always one of the first skippers to arrive at the Club each Sunday.

A rookie season is difficult enough for any team, but when you add the travel, putting together a new crew and sorting out the gear in an older boat, Sprague was facing a massive task.

He recalls: “The early part of that particular season was dominated by really strong winds so that only added another dimension to the task.

“One thing that was a big positive was to meet another crew who were also having their first season in the 18s; Bryce Edwards, Rory Cox and Jacob Broom.

“We have become good friends, and the boys (crew of Rag & Famish Hotel) have been a great help as we have progressed over the three seasons,” he finished.

Despite Sprague’s first season in the 18s being tough, the Australian 18 Footers League administrators were impressed by his attitude and he was rewarded by being allocated a better boat.

Club president, John Winning, said: “Jack’s attitude towards his sailing and the Club was exceptional and in keeping with the values we want to see in our fleet.”

As a self-employed electrician, Sprague has progressed steadily over the three seasons in the 18s.

When Dal Zotto, a family owned wine maker based in Victoria’s King Valley, came aboard as a sponsor in 2018-2019, Sprague’s team Dal Zotto began to get some improved equipment and better results soon began to reward the young team.

Dal Zotto won a race, and produced a number of minor placings during the Spring Championship, then backed it up with a victory in the annual Queen of the Harbour race on the final day of the 2018-2019 season.

“I am overwhelmed with the amount of support and comradery given to Josh, Tim and myself, the new kids on the bay, from the more knowledgeable skiff sailors,” Dal Zotto’s skipper said.

“The 18s are action-packed and give a sailor the best and toughest ride he can have.

“I now feel that I have made it to where I wanted to be, and hopefully one day will become a good 18ft skiff sailor, learning from the likes of John Winning and Michael Coxon.”

The Australian 18 Footers League's 2019-2020 Season continues Sunday when the club will stage Race 1 of the Club Championship.

Spectators can watch crews rig before heading to the spectator ferry, which leaves Double Bay Wharf each race day at 2pm.