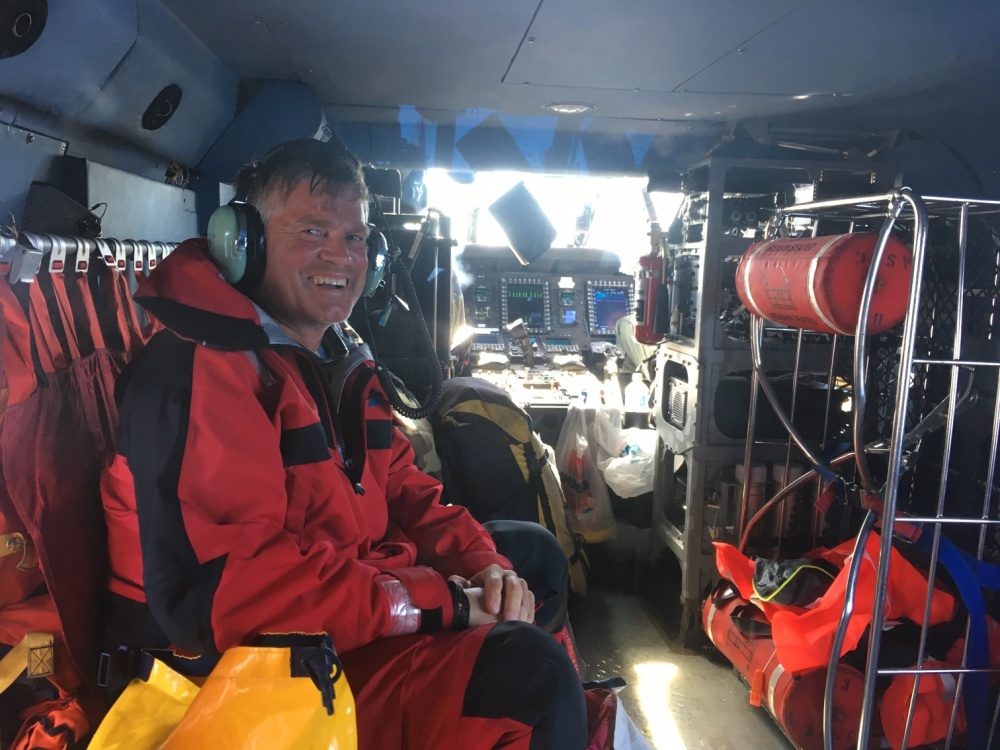 Wolfgang Sloma happy to be safe and on the Ciast Guard chopper. Photo US Coast Guard.

Rescued is Wolfgang Sloma, 56, who was transiting aboard the 27-foot Austrian-flagged sailing vessel Daphni, when reportedly he was forced to deploy and board the vessel’s life raft after the Daphni’s mast partially broke and a hole in the hull caused the vessel to take on water and sink.

The Coast Guard rescue helicopter and the KN Forest, a Singapore flagged cargo vessel that responded to the AMVER callout and had diverted to assist, arrived on scene with the distressed boater. The crew of the Coast Guard helicopter deployed their rescue swimmer, hoisted Sloma from the life raft and transported him to Air Station Borinquen in Puerto Rico, where he was assessed by Emergency Medical Service personnel and declined to receive any further medical care.