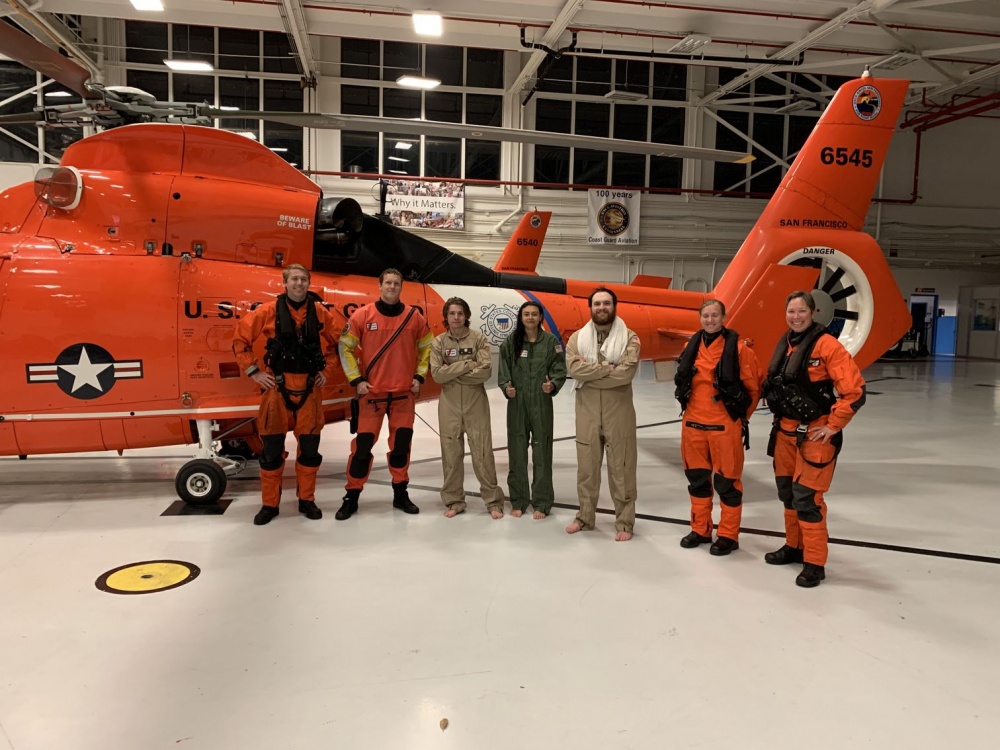 The rescued sailors with their saviours. Photo by Seaman Ryan Estrada

The owner of the 30-foot sailboat, Freedom, contacted Coast Guard Sector San Francisco command center at approximately 11 p.m., Tuesday via VHF-FM channel 16 reporting that himself and the two other passengers aboard were feeling unsafe during their transit due to the harsh sea conditions.

Sector San Francisco command center watchstanders issued an urgent marine-information broadcast. Pillar Point Harbor Patrol informed the watchstanders that they would launch a crew to get on scene with the sailboat and see if they were in need of assistance.

Around 11:20 p.m., Pillar Point Harbor Patrol stood down due to harsh weather conditions. Shortly after, the Freedom crew informed Sector watchstanders that they had experienced loss of steering and engine failure.

“It was so dark out that I couldn't see the boat, even while wearing night vision googles, until we were right on top of it,” said Petty Officer 3rd Class Steve King, the rescue swimmer aboard the Dolphin helicopter. “It was really great that they had flares.”

The Dolphin crew arrived on scene at approximately 12:35 a.m. Wednesday and lowered a rescue swimmer who hoisted all three passengers and took them to Air Station San Francisco with no reported injuries.

“My team did a great job working through these challenging conditions to result in three lives saved.” said, Lt. Katherine Voth, the aircraft commander aboard the Dolphin helicopter. “This positive outcome was a direct result of the sailors having life jackets, flare guns and cell phones. In addition to these items, I also recommend also having an EPIRB, survival radio and immersion suits whenever you go out on the water.”

The Coast Guard has issued a safety marine-information broadcast for the adrift sailing vessel.

On scene weather was reported as seas up to 15 feet and 20 mph winds.