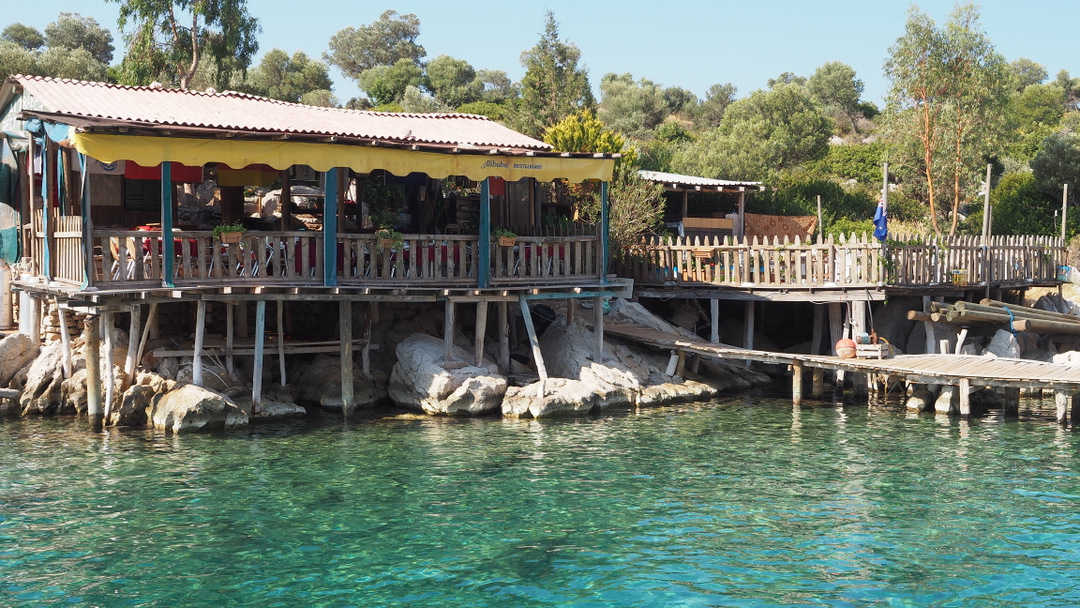 The Corona virus pandemic derailed our inaugural Mediterranean Escapade but the event is now set to proceed in 2021. Timed for the same late spring dates and with the same unique combination – the Greek Islands of the eastern Aegean and the coast of Turkey between Bodrum and Marmaris.

The event will again be co-hosted by Mariner Boating Holidays and the Asia Pacific Fountaine Pajot dealer, Multihull Solutions. Their two hosts, Michael and Marita, live on their own Fountaine Pajot 45 in the Med.

The first week will see the rally sail to the little known Greek Island of Arki which boasts a permanent population of about 20 people and 200 goats. Then by contrast, on to Patmos, the spiritual headquarters of the Greek Orthodox Church. Vathi, on the island of Kalimnos, is the next port and it is where Silvia has been hosting Mariner Boating parties for the last 35 years at Poppi’s Taverna.

The second week begins in bustling Bodrum in Turkey where the historic castle of St Peter, built by the Knights Hospitalier in the 15th century, stands sentinel over the modern harbour. The rally will then follow the coast of Turkey where again the stops will be a combination of large and small seaside ports and villages. This coast, apart from being scenically spectacular, contrasts culturally with the neighboring Greek Islands – but you may well conclude later that there are more similarities than differences between the two.

The last stop before Marmaris is Bozukkale. Difficult to find on a map this almost landlocked bay and Ali Baba’s rustic restaurant cling to the rocks at the foot of the remains of a massive Greek fortification. There is only one somewhat rickety jetty for the yachts to moor to – and in the morning, after a dinner under the stars, Ali will deliver freshly baked village bread to your boat.

The yacht base in Marmaris for the rally charter fleet is at Yat Marin and the hospitable restaurant in the marina is well known for providing a great final night dinner and party. Any night owls might then enjoy a final fling on the waterfront in Marmaris. These days Marmaris is home to a fleet of massive private boats and possibly the loudest night club ally anywhere in the world.

Late spring in Greece and Turkey is crisp and bright. Ashore poppies are in flower and locals are looking forward to greeting summer visitors with welcoming smiles. Maximum temperatures will be in the high 20’s and the winds will follow the fleet in the south easterly general direction of the coast of Turkey and the chain of nearby Greek Islands. The yachts are freshly launched and in their prime after their winter ashore – ready to begin the season.

The Mediterranean Escapade fleet in 2021 will be enhanced by three 2020 arrivals into the charter fleet; a Lucia 40, an Astrea 42 and a Saona 47. There will only be seven yachts for a group of 32 people, to be hosted by a combined Mariner Boating and Multihull Solutions team. Also included in the team is a local who will be the language interface and technician, on call 24/7 to ensure the optimum function of the yachts.

For anyone interested in yacht purchase, Greg Boller of Multihull Solutions will offer 50% of the cost of the rally for two people as a discount on a new boat if you order on a try before you buy basis. You might even go and visit the factory while you are in Europe.