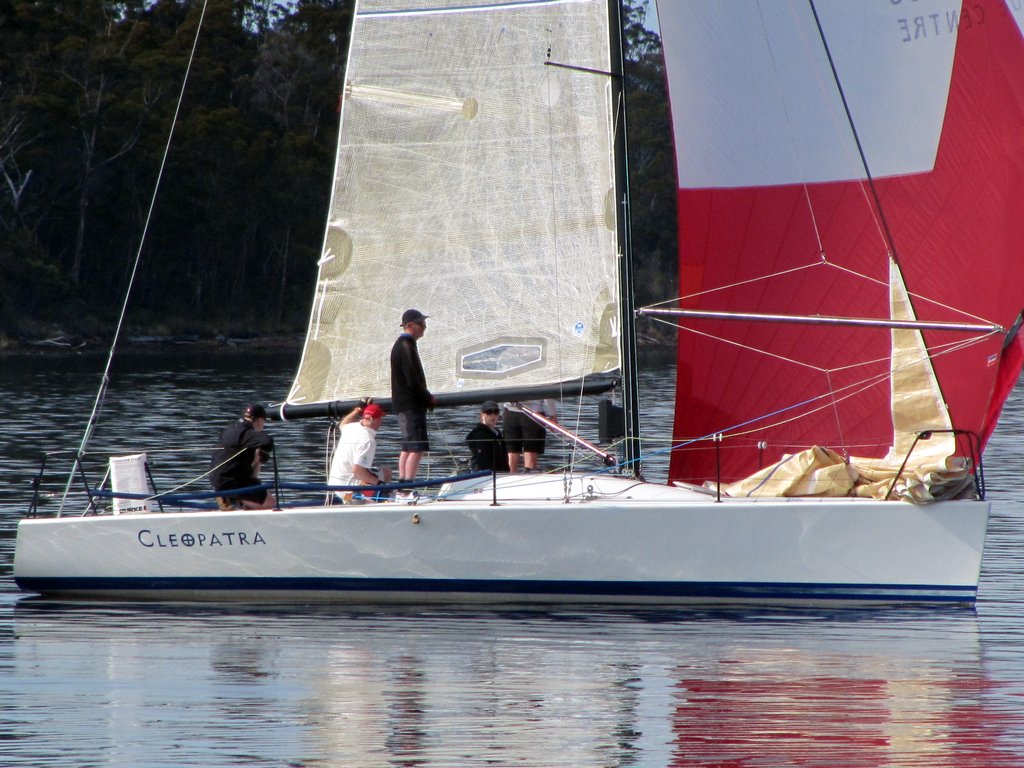 Cleopatra in the Pipe Opener.

Michael Hutchinson’s Hobie 33 Emotional Rescue has taken AMS honours in the first race of the Piper Opener,  a night race from Hobart to Green Island in the D’Entrecasteaux Channel.

The Hobie 33 is the only keelboat produced by Hobie Catamarans and Emotional Rescue is thought to be the only one of the class in Australia.

The race started from off Castray Esplanade at 7pm last night and sailing in light to moderate breezes,  the fleet of 32 yachts finished between midnight and 1am this morning with race officers moving the finish line up the Channel from Gordon to Green Island.

The Hobart to Gordon Race is also the first event in the Derwent Sailing Squadron’s new Coastal Series and the win by Emotional Rescue gives her an early lead with Race two the Launceston to Hobart in which she will compete.