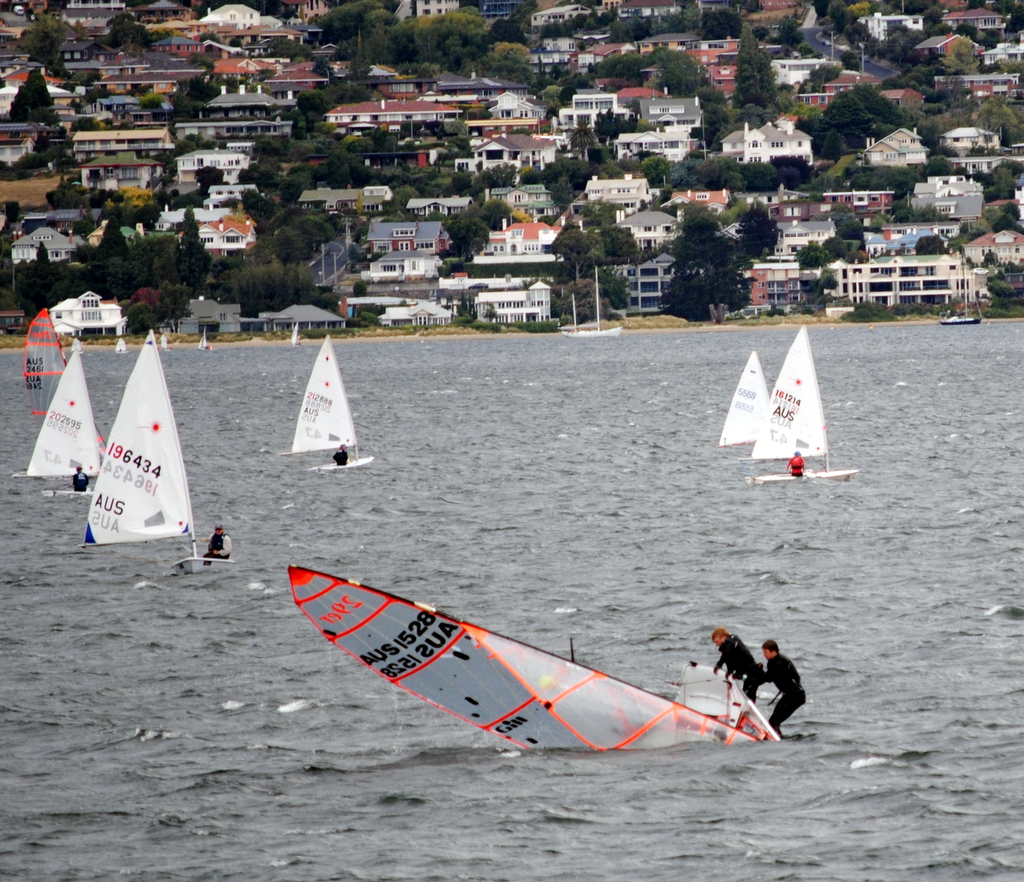 William Wallis and Fyn Sprott, sailing Westwind, have so far scored 1-3-1-2 for seven points, while Thomas Nikitaris and Silas Hamilton, sailing Hellooooo, are second on 9 points.

A total of near 60 off-the-beach boats raced today,  with the forecast of fresh to strong north-westerly winds keeping near 20 boats ashore.

Those who did sail coped well with in the fresh to strong north-wester which gusts to 25 knots in sharp squirts across the river.

In the International Cadets, Hugo Hamilton and Grace Hooper have sailed Shmoken to first overall after placings today of 5-4-2-1.

The Optimists attracted a good fleet from Sandy Bay Sailing Club with Edward Broadby sailing Winded to three wins and a second today.  He is on five points with Adelaide O’Donoghue (Twiga) on seven points.

In the Sabots, Loose Cannon (Daniel Maree) has a two point lead from Another White Boat (Edward Hillcoat).

Off-the-beach results are provisional, pending a protest in the Laser Radial class, and missing sail numbers.