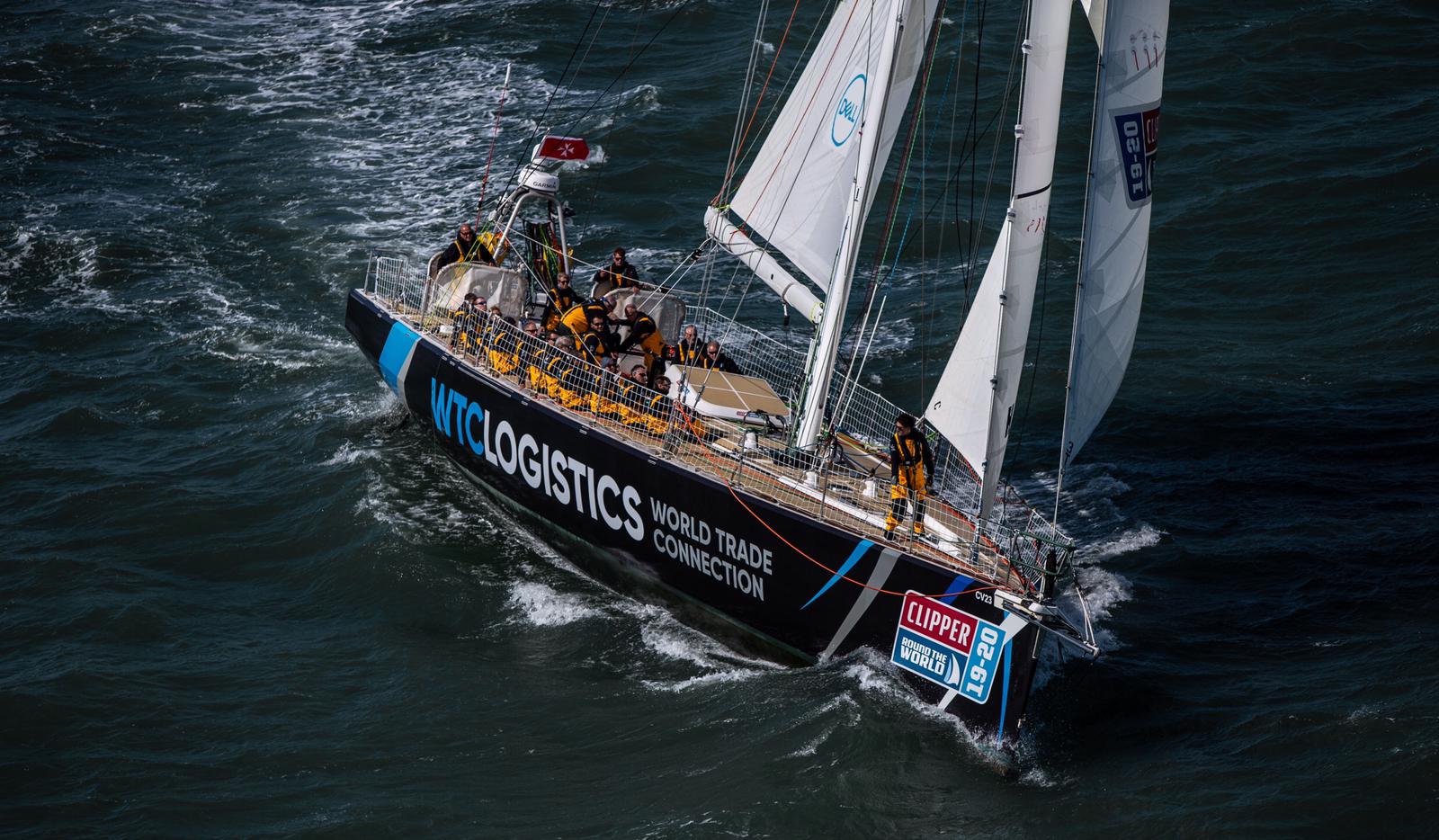 After over a month at sea, and an exceptionally close finish, WTC Logistics has claimed the win in Race 10 of Clipper Round the World Yacht Race: Sailing City – Qingdao Cup, crossing the finish line at 1830 UTC.

The team, led by Skipper Dan Jones and First Mate Ineke van der Weijden, clinched the victory of the 6100nm race from the Philippines to Seattle, where they battled tough conditions for over 34 days.

Mark Light, Clipper Race Director, added: “Huge congratulations to WTC Logistics on a great performance and superb win. Dan, Ineke and the team have excelled throughout this race and proven just what a competitive race team they are. Sailing to victory in our edition’s longest race and across such a powerful North Pacific Ocean is something to be very, very proud of and they all deserve to enjoy their success.”

WTC Logistics has been in the leading pack from the start, often jostling for the top spot with Unicef, GoToBermuda and Punta del Este. After crossing the Scoring Gate in third, the team pushed ahead and performed exceptionally well in the range of conditions that the North Pacific served up. From huge seas to wind holes, the crew really have experienced it all.

Congratulating the team on their victory, Operations Director at WTC Logistics, Anthony Clarke said: “Dan, Ineke, and our amazing crew, wow what a race. We are so proud of your achievement and that you won! Everyone here at WTC Logistics, and all of our supporters, have been glued to the Race Viewer monitoring your progress since your departure from Subic Bay, and wishing the wind holes of the last few days would disappear and you could get to Seattle for a hot bath and some well-deserved cold beers, burgers and steaks. You have deserved this win.

“Dan, Ineke, what an amazing job you have done with this crew, and if I am right, one of the youngest Skippers to achieve crossing the North Pacific, we cannot express in words what this means to all at WTC, our supporters and families. When things settle down, I hope you have the time to digest what an amazing job you guys have done, and sure you will have many stories to share with your children later in life.”

Unicef crossed the finish line just 2 hours and 53 minutes after WTC Logistics at 21:23 UTC to take a well-deserved second position. After playing its joker, the team has doubled their race points for the Sailing City – Qingdao Cup, receiving a score of 20. Led by Skipper Ian Wiggin and First Mate Dan Bodey, Unicef has been a frontrunner in this race, and played its tactics well to take one of the top positions.

Some 150-race crew from all walks of life have battled intense, tough conditions in one of the most inhospitable places on earth – the North Pacific Ocean. For the past 35 days, the teams have faced a whole host of challenging conditions, from the blistering heat of the tropics, relentless upwind sailing, and huge waves, frigid temperatures and winds of over 50 knots. The diverse crew has sailed around the clock to race across the largest body of water on the planet, and a place that not many sailors get to experience.

It has been a nail-biting few days as the fleet approached the finish line. After some great conditions, just days from the finish, the wind dropped and the fleet frontrunners were becalmed just 100 nautical miles (nm) from the finish line. As the leading yachts in front bobbed around making speeds as little as two knots, the yachts further behind took advantage of better winds, enabling them to shake up the mid table rankings by making good speed toward the finish.

In the lead up to the finish, Punta del Este, having suffered in a wind hole, dropped from the podium but remained hot on the heels of GoToBermuda. Unfortunately, GoToBermuda couldn’t lay the line with the wind angle, meaning they were forced to tack, whilst Punta del Este pushed ahead to reclaim its podium place in the final miles to the finish. Punta del Este sailed across the finish line in third place at 22:46UTC 23 April.

Yacht Club Punta del Este Commodore, Juan Etcheverrito, said: “Oh my goodness! If these last few hours have been nerve breaking to us, we can’t imagine how it was for you all! Even with the tiredness and the lack of wind after sailing so fast; the willingness to get there, see your loved ones, take a good hot shower, have a nice meal with a nice drink – no matter what your motivation was, you made it, ONE MORE TIME! A podium place is so well deserved!”