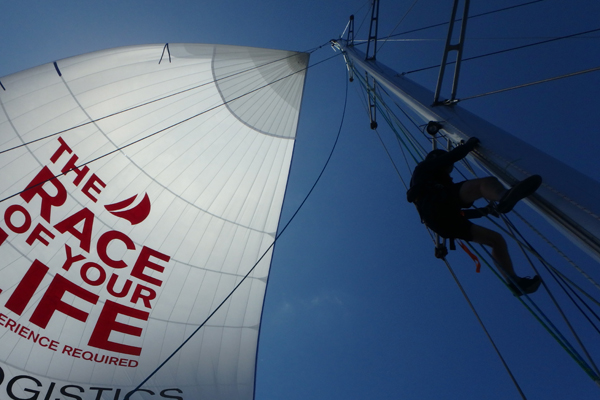 As we have witnessed in Race 1, after racing more than 5000 nautical miles across the Atlantic Ocean, and at times travelling at speeds of 20 plus knots, the conditions around Cabo Frio have seen the ocean racing teams grind to a halt.

With crew changeover day approaching and particularly light winds forecast for the area of the next few days, the Race Office has taken the decision to shorten the Atlantic Trade Winds Leg for the teams still racing by 0000UTC tonight.

Clipper Race Meteorologist Simon Rowell says: “As the yachts approach Cabo Frio the north-north-east winds that have been driving rapidly towards Rio will be replaced with an area of light and variable winds just before a front goes over, followed by moderate south west winds behind it. This will slow the fleet down significantly.”

The Skippers of the seven teams still racing have been given notice that Race 1 to Rio de Janeiro will finish at 0000 UTC Thursday 1 October (2100 local time in Rio de Janeiro, Brazil on 30 September) to avoid conditions causing further delay and ensure all teams are ashore by Friday afternoon local time.

Having received the news that only hours, rather than days, remain to decide the final positions, the teams have become even more determined. Wendy Tuck, Skipper of Da Nang – Viet Nam says: “We are now running on a deadline. We have 27 hours left of racing, closest man to the finish line decides those last few places. We have bunkered down, the best helms will be steering, we are still going hard. I love the 'It ain't over till it’s over' attitude on board.”

Da Nang – Viet Nam currently lies in ninth place ahead of Unicef and IchorCoal, with PSP Logistics’ position hidden because it remains in Stealth Mode until 1200UTC.

IchorCoal and Unicef have been in a battle of their own overnight, with the South African-sponsored entry making up a 700-mile deficit over the last three weeks, overtaking Unicef and moving up from twelfth position for the first time since it left Portugal.

IchorCoal’s redress of 81 hours 11 minutes will be re-calculated by using the average time taken for the finished yachts to have travelled from Cabo Frio waypoint to the finish.

Skipper Darren Ladd says: “At 1800UTC we overtook a back marker and the good ship IchorCoal opened up a lead of three nautical miles. Three weeks of chasing has paid off – regardless of our final placing we have caught up a deficit of around 700 nautical miles – not bad! This is a great fillip for Leg 2, the Stormhoek Race to the Cape of Storms. As Cape Town is our home port we want to put on a good show.”

As of 0800UTC Unicef is back in front of IchorCoal, but it still has 16 hours of racing left to jostle for positions. At midnight 0000UTC tonight, positions will be decided by taking the shortest distance to the eastern end of the Rio finish line.

It is anticipated that three teams will arrive into Marina da Gloria tonight: ClipperTelemed+, Visit Seattle and PSP Logistics. Clipper Telemed+’s decision to go into Stealth Mode paid off, as it moved up to sixth place ahead of Visit Seattle while under the radar. But with PSP Logistics in the same area, there is no telling until 1200UTC, when it comes out of Stealth Mode, where it will re-emerge.

As witnessed in the final hours of the battle for third place between GREAT Britain and Derry~Londonderry~Doire, there is no guarantee of final race positions until the finish line is crossed because the conditions are so unpredictable.

To follow the final hours of Race 1 and see where the teams finish in the standings, track them on the Race Viewer.

To find out more about the Race Office decision to shorten the Atlantic Trade Winds Leg, click here.