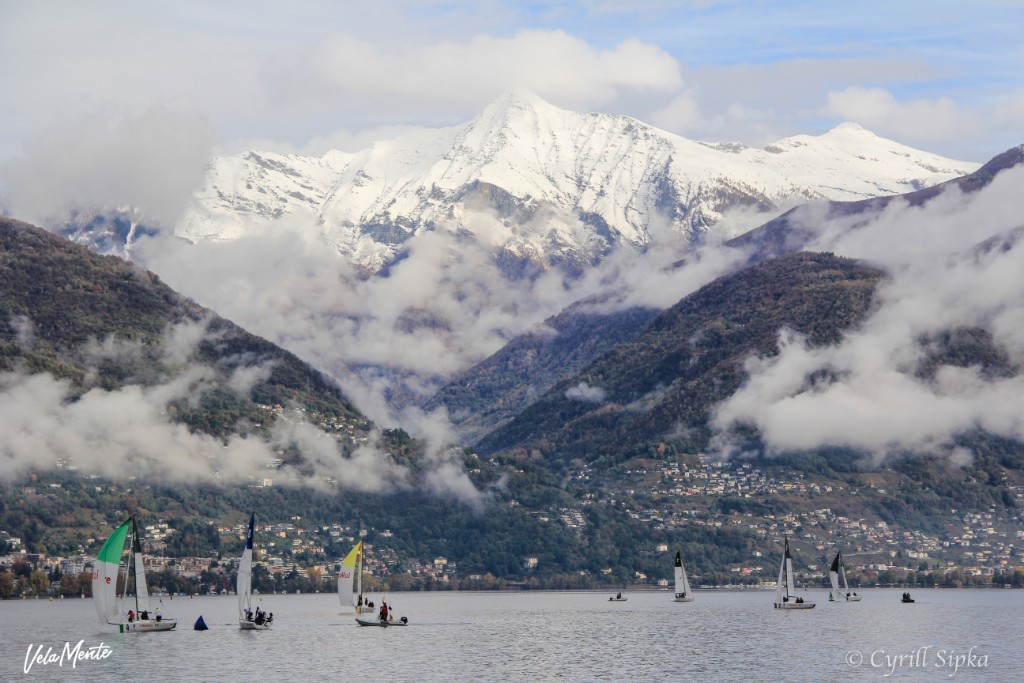 Between the 31st of October and the 3rd of November, the world’s best female match racers gathered in Ascona to compete in the Swiss International Women’s Match. Despite heavy rain and tricky wind conditions an impressive 66 matches were completed on Lago Maggiore.

The start of the regatta belonged to top ranked skipper Pauline Courtois and her team Match in Pink by Normandie Elite Team from France. But the end of the competition belonged to another Frenchwoman, the former world champion, and Olympian, Claire Leroy. Leroy and her Mermaid Sailing Team beat Danish skipper Trine Palludan 2-0 in the semifinals to claim the top of the podium.

At second place in the competition we find the Swiss Team ChicaCER helmed by Laurane Metteraux. Metteraux managed to place a penalty on Courtois in the one semifinal that was sailed between the two teams.

12 teams from Denmark, Finland, France, Sweden and Switzerland competed in the inaugural Swiss International Women’s Match in Ascona, Switzerland. A regatta organized by Yacht Club Locarno in collaboration with Porto Patriziale Ascona and the Swiss Sailing League, is one out of five events on the women’s world tour of match racing, WIM Series.

Despite challenging weather conditions with torrential rain, cool temperatures and light winds we got to witness spectacular racing on Lago Maggiore. The extremely light breeze forced the sailors to remain very sensitive and responsive in their handling of the very agile J70 boats.

Together with the top two French teams, world number five Trine Palludan from Denmark and the Swiss team ChicaCER with Laurane  Metteraux stood out in the competition and qualified for the semi-finals. Just missing out on the semis was another local team, the Swiss Women Match Racing Team helmed by Alexa Bexel who ended the competition in 5th place.

Unfortunately, the winds died in the middle of the semifinals so that the final stage of the competition could not be completed. Therefore, the ranking out of the Round Robin was used to break the ties from the semis and get the final result.

You will fins the full results and scoreboard here: www.wimseries.com/results