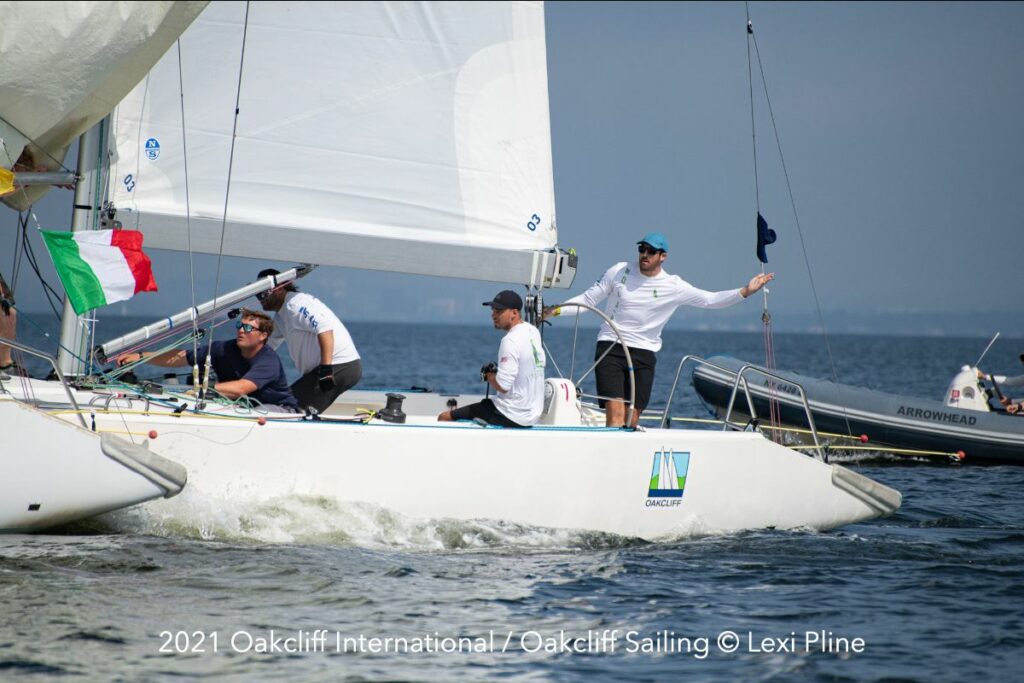 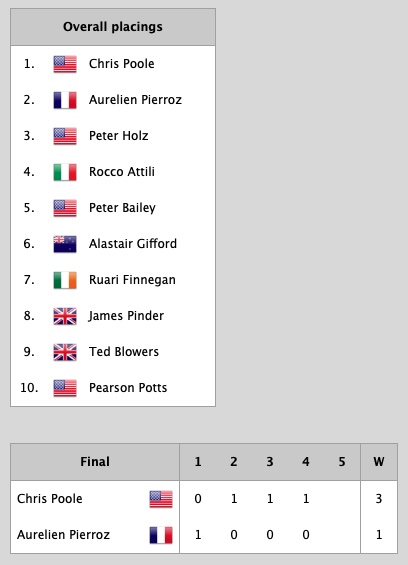 The light wind final remained competitive with multiple lead changes between Poole and Pierroz, but it was Poole and his crew’s smooth boat handling and home advantage which ultimately pushed them ahead.

“It was a new team, but we managed to have good boat-speed and communication,” said Poole. “We kept our heads out of the boat and stayed fast.”

The Oakcliff event marked the third of the US Grand Slam Series for match racing after the Chicago Cup and Detroit Cup earlier in August, both won by New Zealand’s Alastair Gifford representing the Royal New Zealand Yacht Squadron.

The fourth and final event of the Grand Slam Series takes place this week at the Thompson Cup hosted by the Seawanhaka Corinithian Yacht Club, sailed in the same Match 40’s provided by Oakcliff Sailing. The winner of the 2021 Grand Slam will be awarded an invitation to the 2022 Congressional Cup in Long Beach, California.

The Oackliff International Regatta, as well as the Chicago, Detroit and Thompson Cup events are all official World Tour level events of the 2021 World Match Racing Tour (WMRT). Skippers gain points from each event towards the annual WMRT championship leaderboard, the skipper with the highest points at the end of the season being crowned 2021 World Match Racing Champion as sanctioned by World Sailing.

Due to the cancellation of a number of events on the calendar this year caused by ongoing restrictions around the global pandemic, this year’s WMRT championship will count just the top two results from each skipper, including the WMRT Final scheduled to be hosted in Shenzhen, China from 15-19 December.

The top fourteen teams from the WMRT leaderboard on October 3 2021 will qualify for the WMRT Final in China including an event prize purse of US$200,000. Two further wild card skippers will also be invited to the China Final.

For more on the 2021 WMRT championship format, see: https://wmrt.com/tour-info/championship-format/

For the full results, see: https://www.matchracingresults.com/2021/oakcliff-international/