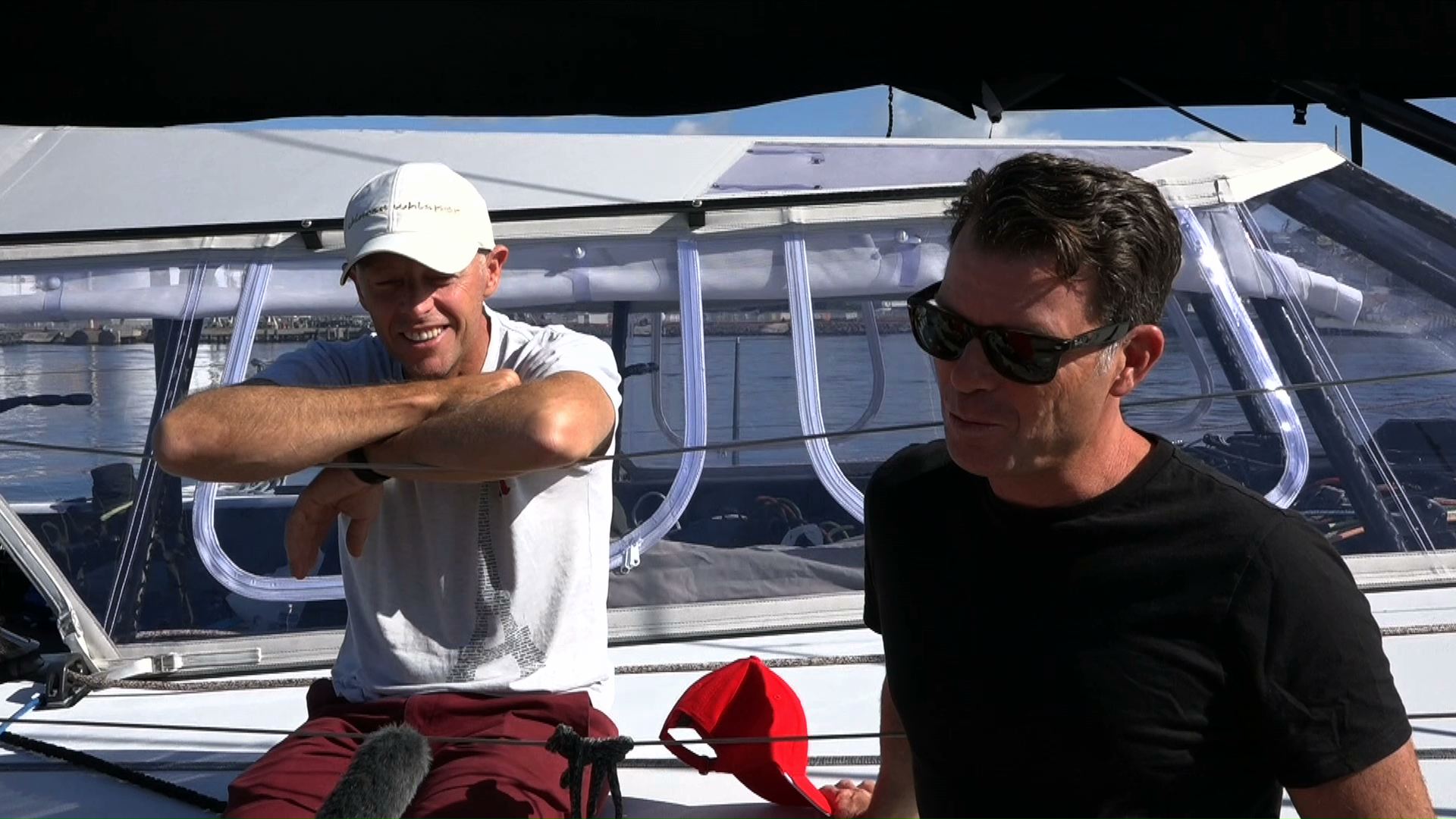 The NSW Judel/Vrolijk 62, Chinese Whisper (Rupert Henry and Greg O’Shea) is on target to break the 23 year-old Melbourne Osaka Double-Handed Yacht Race record, with an ETA at the Osaka, Japan, finish line of this Saturday evening around midnight.

Chinese Whisper had 625 nautical miles to go at 2pm today, and if she keeps moving at the current pace, is likely to annihilate the record of  26 days 20 hours 47 minutes 6 seconds,  set by Victorian Grant Wharington and Scott Gilbert on Wharington’s 50ft Wild Thing in 1995, by around five days.

Henry purchased Chinese Whisper out of Europe in mid-2015 and he and O’Shea were the last starters in the race on April 1, which has been a staggered start race with the smaller heavier boats leaving on earlier dates.

Henry and O’Shea were unavailable for comment this morning, putting every ounce of their collective energy into beating the record

However, in an earlier communication, Henry, who spent months adapting the boat for the race said: “Sailing the boat double-handed is very challenging, especially from about Coffs Harbour until we were north of the remains of the cyclone. We just have to plan ahead a bit more. If things get out of control then they certainly can do that in a big way.”

The Sydneysider added: “For about 50 hours straight it was two hours in the bunk – then two hours at the helm. Yeah, it was pretty hard – I think we’re still getting over it.”

Meanwhile, the first starter, Morning Star (Joanna Breen/Peter Brooks, who started over three weeks earlier) continues to lead the race in real time. The S&S 34, representing Tasmania, is the oldest and one of the smallest in the fleet, and had 524 miles to travel. The pair is doing a wonderful job of keeping the boat moving.

The race has had its share of dramas for those involved in the main start on Sunday 25 March. In early in April they were forced to suspend racing and take shelter from Cyclone Iris in various Queensland ports such as Southport, Brisbane, Bundaberg and Gladstone after the Ocean Racing Club of Victoria, co-organisers of the race, issued a safety warning and exclusion zone to the fleet as the re-formed Cyclone Iris bore down the Queensland coast.

Some reported wind squalls up to 50 knots and lightning storms, but all are back on track now, further behind than originally anticipated.

Earlier race starters, Morning Star, The Edge (David Kenny/Paul Schulz) and the Japanese entry Bartolome (Keiichirou Morimura/Masakazu Omote) were unaffected by the cyclone, as they were already north of the ‘critical zone’.

Then on Black Friday, 13 April, Utopia signalled their intention to retire when Steve Evans sustained injures. He is now back in Australia recovering, while the boat owner, John Fletcher, picked up a new crew and is continuing on to Osaka.

Stay glued to the tracker on the home page of the Melbourne Osaka Cup 2018 official website at: http://melbourneosaka.com/