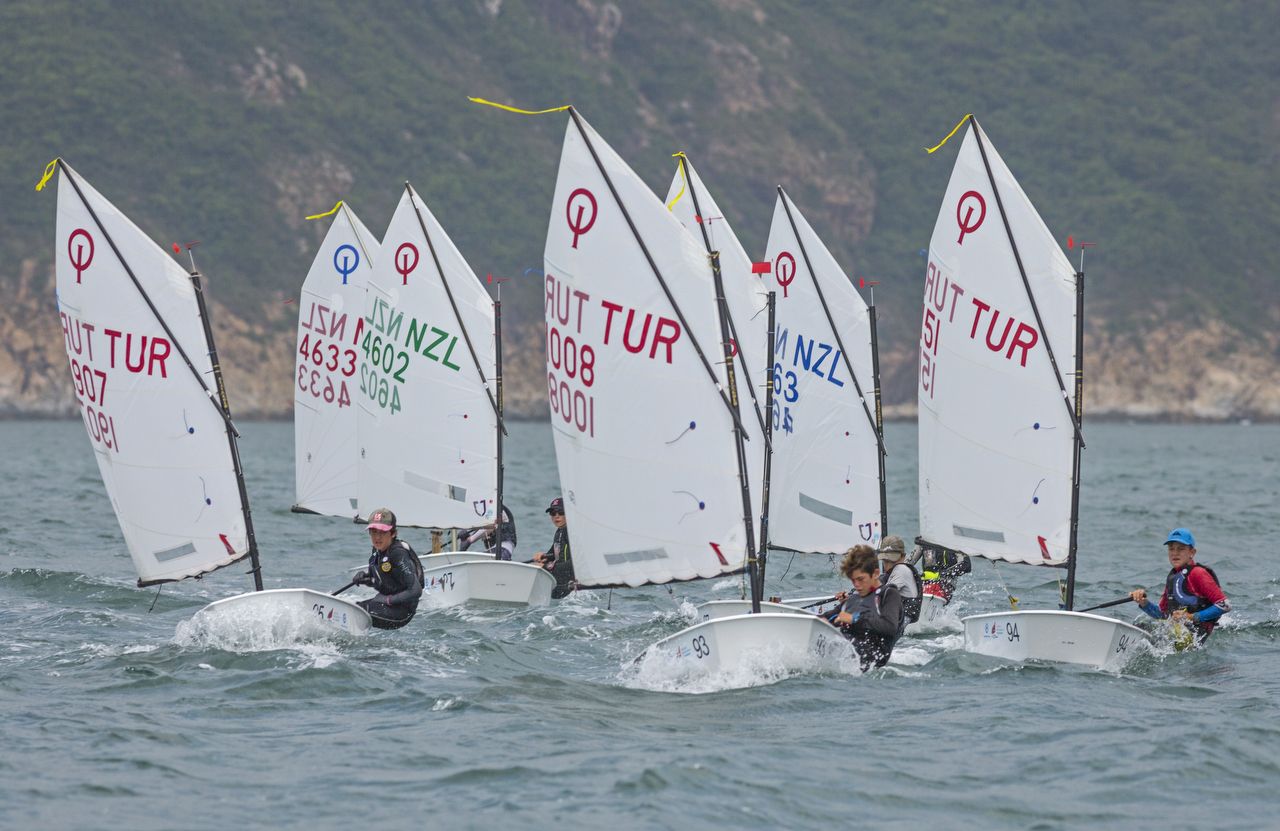 The wind came out in force for day 3 of the Optimist Asian & Oceanian Championships for the 2017 Team Racing Championships. 16 teams were ranked in terms of points of their top four sailors after two days of racing where six races were completed.

After 32 races and seven flights, China was the top performer in a series of tight races, where four straight wins against Japan 2, India, Thailand 1 and Turkey gave them the early card to the finals where they took on Turkey again winning best of two out of three races.

When asked about how they felt about this afternoon’s team racing win, CHN 10 Xinru Lin commented “This is our first time in Optimist Asian & Oceanian Championships team racing we are really excited and we are very happy with our win because we trained very hard.”

Turkey had a bit of an upset in the last race of the finals when TUR 151 capsized with around 30 seconds to the gun. TUR 151 bailed with force but was not able to get moving until the rest of the teams were reaching towards mark 4. Team Turkey commented “they felt that their boat speed was in tune to the Chinese,  but they would try to push with 4 people next time not 3.”

After 16 races during flight A and B the first teams to head back to the Middle Island base were Korea, New Zealand and Japan.

There were some upsets during racing today when USA, typically a strong team lost out to Singapore 2 after Flight C. As well, the host nation Hong Kong 1 and 2 was eliminated after racing against Thailand and Australia in Flight C.

Racing was temporarily delayed in flight C when a storm front came across the race track, with low visibility and gusts up to 33kts.

In flight D, Singapore1 lost out to their teammates Singapore 2 who went on to race against Thailand 1 and Turkey to take third overall.

Full results showing the teams’ progression through the day can be found here http://2017asianoceanians.optiworld.org/uploaded_files/Document_7268_20171004110228_en.pdf