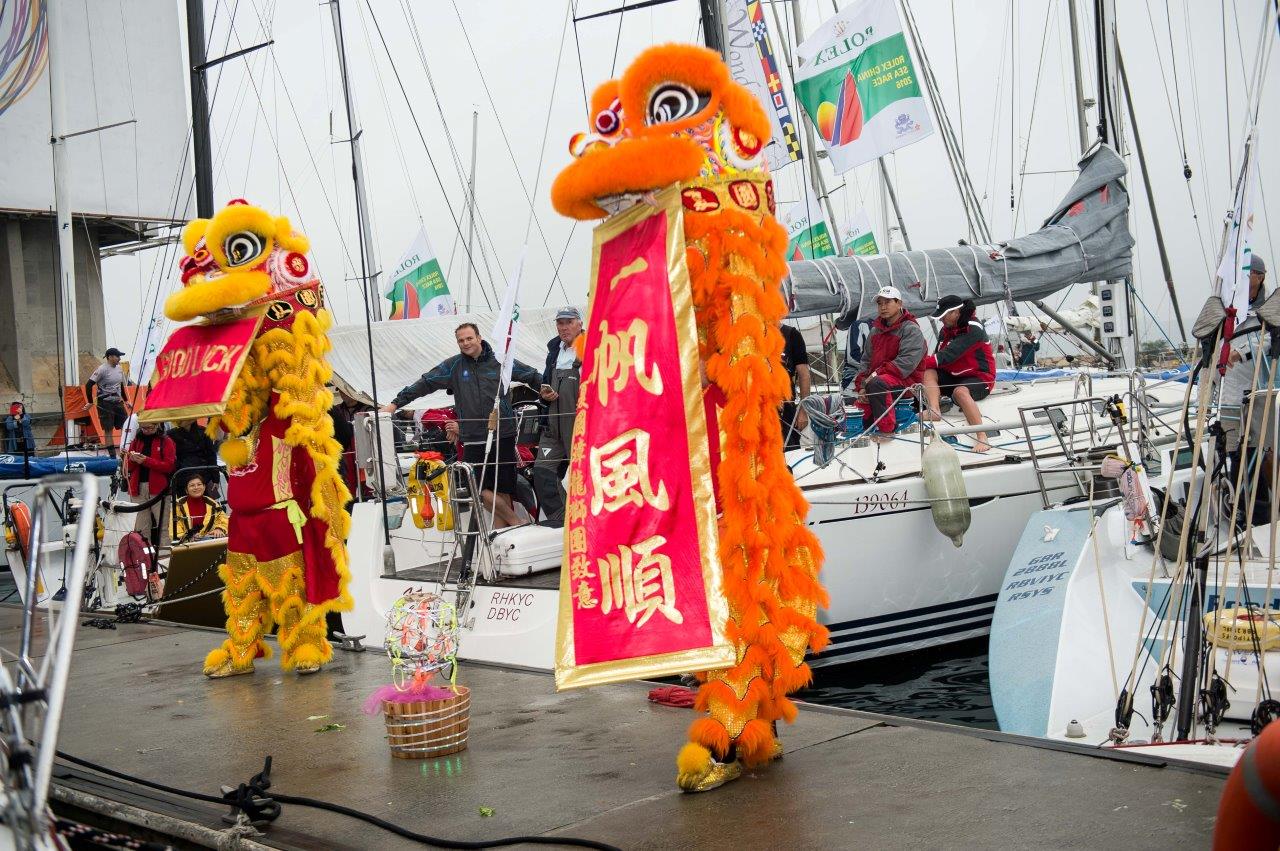 In line with Hong Kong Observatory predictions, the 2016 Rolex China Sea Race started today with more of a whimper than a bang, with thick fog, rain and barely any breeze in Hong Kong’s Victoria Harbour. After a significant proportion of the fleet was swept over the line by the tide, Race Officer Sofia Mascia AP’d proceedings with a minute to go, finally getting the race underway 20 minutes later than scheduled.

The fleet ghosted its way through the fog and rain until finally some breeze kicked in at Kai Tak, lifting Standard Insurance Centennial through the gap at Lei Yue Mun, followed by Ambush and UBOX. At 1700hrs the fleet was still only moving at 4kts VMG, with TP52 FreeFire nominally heading the leader board having covered the same distance as Alive and Standard Insurance Centennial. The breeze is forecast to fill in from the north, giving a rough first night and even more taxing conditions on Thursday, so even with a slow start, 2016 could prove to be a record breaking year.

Race action is being tracked by Yellowbrick Tracking and is being shown live at www.rolexchinasearace.com – the race can also be followed on the YB Race Viewer App free of charge.