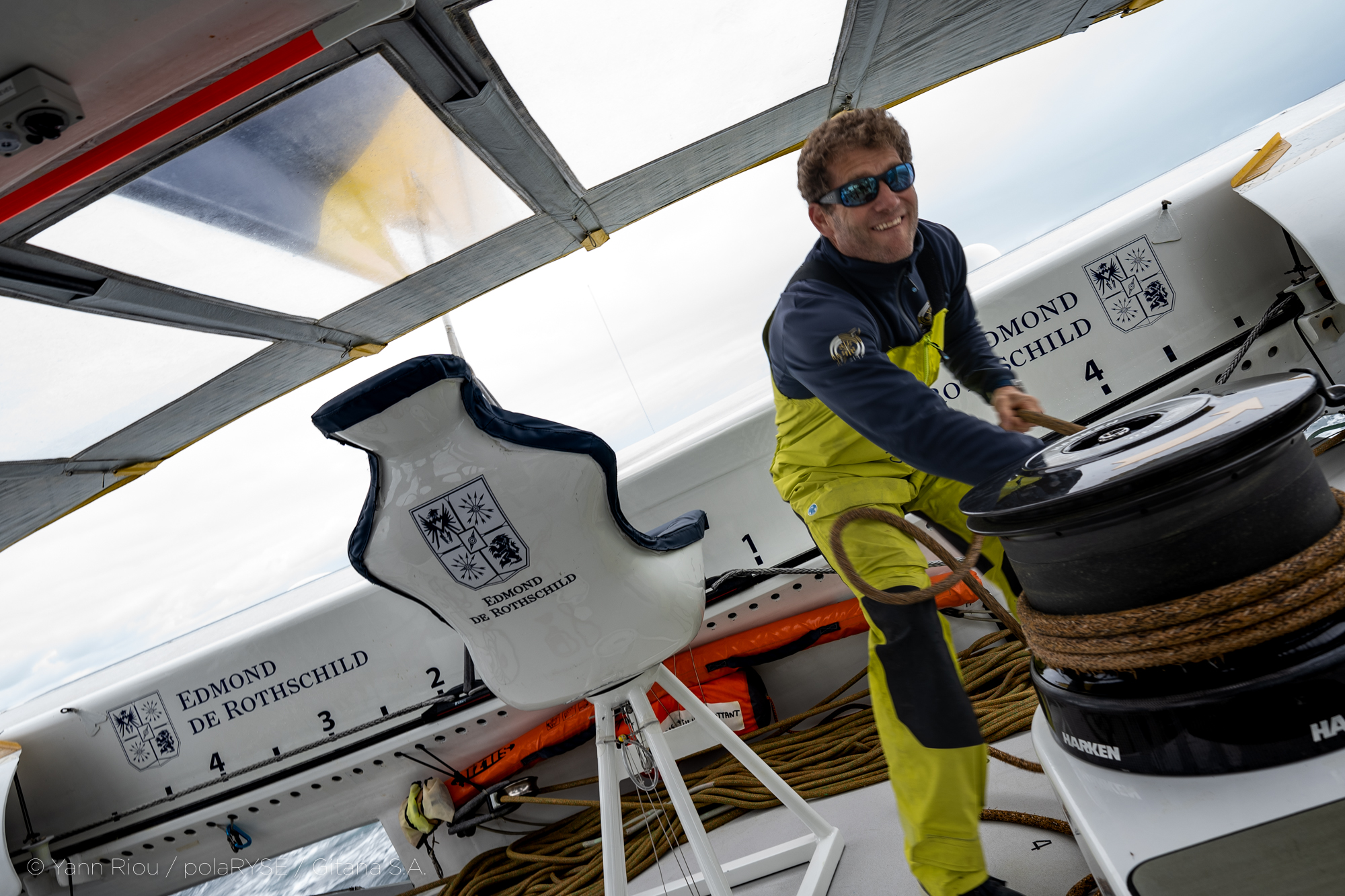 With five months to go until the start of the Route du Rhum – Destination Guadeloupe, Charles Caudrelier has secured his entry ticket for yachting’s main event of 2022.

Taking advantage of the long weekend to set sail singlehanded, the skipper of the Maxi Edmond de Rothschild went way beyond the 1,200-mile qualifying passage required by the event’s Race Management team in what proved to be varied conditions conducive to high speed.

On the Route du Rhum – Destination Guadeloupe, all racers must cover the 3,543 nautical miles, or 6,562 kilometers (Editor’s note: 1 nautical mile is equivalent to 1.852 km). They all start at the same time, on a single starting line. The first in each class to cross the finish line in Guadeloupe wins.

For more on the race, see: https://www.routedurhum.com/en/page/the-race

In addition to the qualification, this four-day offshore passage is also very much in line with Gitana Team’s training programme and served as the perfect opportunity for the sailor to rekindle his ties with solo sailing. In nearly three weeks, in crewed configuration this time, the Ultim trimaran teams will rediscover the thrill of competition in a long 3,500-mile looped circuit around the North Atlantic.

Early afternoon on Friday 3 June, Charles Caudrelier cast off from Lorient La Base in south-west Brittany for four days and three nights at sea. A training session covering nearly 2,000 nautical miles, it was the first true solo passage for the sailor at the helm of the 32-metre giant, as well as a chance to go back to his beginnings some 14 years after his last solo experience.

Clearly this change of format was no deterrent for the skipper of the Maxi Edmond de Rothschild, who was absolutely delighted to reconnect with an exercise he has such a fondness for.

“I kicked off my offshore racing career in singlehanded configuration on a Figaro. Sailing solo was always something that felt very natural to me and despite the time that’s passed without me doing any more of that, together with the change in scale of the boat… I very quickly regained my automatic reflexes. It was very enjoyable!” beamed  Caudrelier  on his arrival dockside yesterday evening.

“It was a fantastic course, with a variety of weather systems and quite a lot of manoeuvring so it was physical,”  Caudrelier said. “For the qualifier, I had to sail 1,200 miles, but to hunt down some interesting conditions, we relied on a large looped offshore circuit towards the Azores spanning nearly 2,000 miles. Three nights and four days is the perfect format and the minimum amount to get yourself into a state of fatigue akin to what you encounter on the racetrack.

“I was close-hauled and reaching on the outward leg, with light airs and breezy conditions of up to 25 knots as I closed on a low-pressure system, which I planned to hunt down. This was followed by downwind conditions on the return leg on the tail end of the front. The range was varied and just what you need for a successful training session.”

Beyond trimming the boat, which we know is endless on these large cutting-edge maxi-trimarans, Caudrelier was also able to get a sense of his own rhythm aboard and put it to the test: “The difficulty with these boats and the speeds we post is to remain quick whilst managing to sleep. You must accept that you can’t trim the boat as you would when you’re in crewed format or double-handed. It’s this element of the exercise where there is the most to gain to my mind!”

Over to the crew for a few weeks

Prior to a July coloured, for the most part, by crewed racing with the Finistère Atlantique and the Drheam Cup, the aim was clearly to tick off this official qualification for the Route du Rhum – Destination Guadeloupe in the Ultim 32 / 23 Class. With clockwork precision, despite the Maxi Edmond de Rothschild only being relaunched a month ago, Charles Caudrelier and the members of Gitana Team have managed to fully adhere to what is a tight schedule.

The duo formed by Charles Caudrelier and the blue five-arrow giant will naturally continue trying to raise their game going forward. The second phase of solo training will resume in late summer with the boat kitted out with all her new appendages and hence in her definitive Route du Rhum version.

In the meantime, let’s set a date for Concarneau on Friday 1 July, from where the Finistère Atlantique fleet will set sail. For the first edition of this race, the high-quality line-up comes with the promise of some epic maritime adventures. This is especially true given that aboard the Maxi Edmond de Rothschild, Yann Riou, our talented media crewman, will naturally form part of the team.