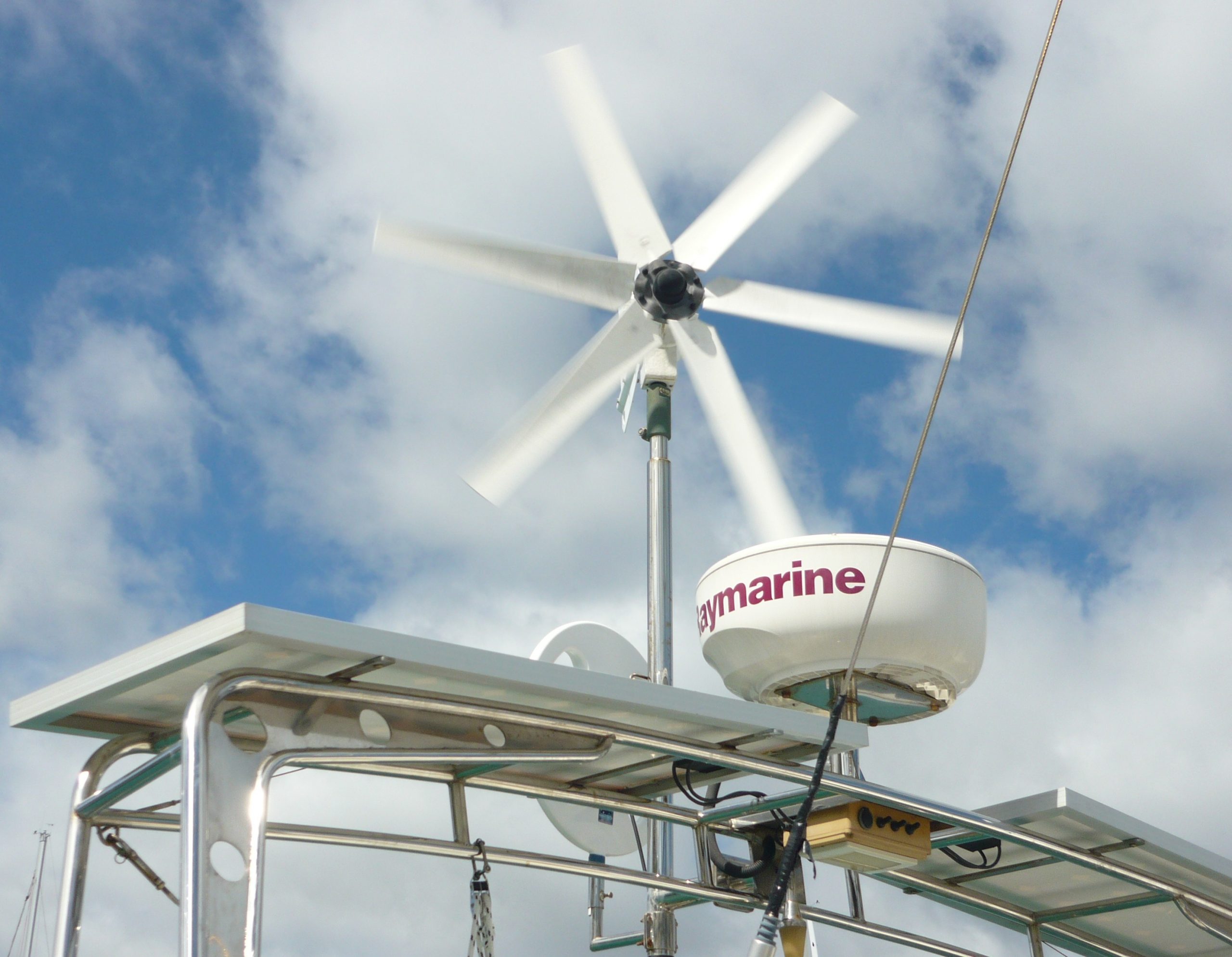 Solar? Wind? Engine? A recurring question in the cruising fleet is how best to connect a variety of charging methods to charge the batteries. Here is what regular CH electrical writer John Tylor has to say:

“This is an interesting issue with a variety of compromises and probably as many opinions too.

I have spent considerable time looking for a regulator that will take in a number of power sources and control them to maximise the charge to the battery. Unfortunately, I have not been able to find any one device that does this and nor has Kurt Küpper, who owns the electric supply company Aquavolt.

It should be possible to connect all the external sources together (via individual diodes to isolate them) and run them through a single regulator, but I do not have enough devices to test this theory and check whether this could cause problems for the wind generator

This leaves us with the problem of how to best connect these individual devices. Many yachties have a solar panel with a regulator connected to the house battery and usually a smaller panel on the start battery; often without a regulator, an alternator on an engine and sometimes a wind generator.

Most wind generators have a regulator (some external but mostly internal). When the battery reaches full charge the blades of the generator will start to feather or be braked. This is often done by the regulator placing a load across the output. There is a safety mechanism when winds exceed the safe speed too, but from what I can find this is a mechanical feature.

With each power source individually regulated, there is always a charge coming into the battery from somewhere. For example, during a bright sunny day the solar panel will supply a substantial current with voltage at its maximum. This is not a problem but if the engine is running, its alternator sees a high voltage on the batteries and begins to regulate the current, which might leave the battery with less than 100% charge. Similarly, if it is also windy the solar panel is also generating and there is the potential for a similar conflict.

Some experts suggest a simple off-switch so only one power source is connected to the battery at any time. In this case only one regulator controls the charge current allowing the battery to reach a higher state of charge. Irrespective of what is connected, the regulator set to the highest voltage will dominate. So if the solar panel regulator is set to the higher voltage the engine alternator will not supply its full charging current and similarly if the wind generator has a higher voltage it will supply most of the charge to the battery while the other regulator winds back its output. I expect one source of charge current will dominate depending on the conditions (bright sun and little wind versus overcast and windy). Of course at night there is no argument!

I do not see this as a serious problem as charge will ultimately still flow into the battery. The individual regulators should provide sufficient electrical isolation between each power source; otherwise you would need a diode to isolate each device. I have two solar panels, one unregulated on the start battery and the big one (with a regulator) on the house battery.