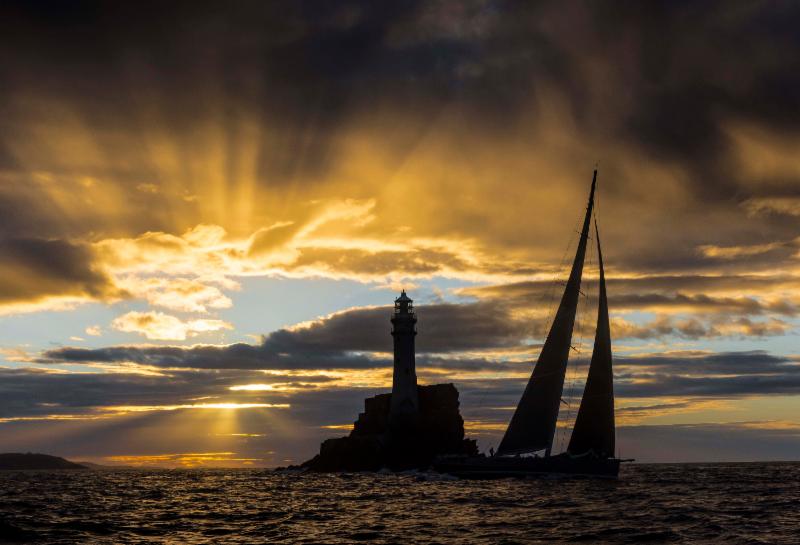 A spectacular sunrise as the 115ft superyacht Nikata rounded the Fastnet Rock at 06:41:05 on Tuesday morning. © Rolex/Kurt Arrigo.

10/09/2018
The 2019 edition of the Rolex Fastnet Race will start on Saturday 3rd August 2019, which is two weeks earlier than the original published date.
Unusually, the race will now run the week before Lendy Cowes Week, whose dates remain unchanged, starting on Saturday 10th August. This break with tradition, in consultation with Lendy Cowes Week, has been made for a number of reasons, including weather concerns over late August.
“We have been wrestling with this decision over the summer and particularly the relative timing with other events in Cowes and the Solent,” said RORC Commodore Steven Anderson. “A late August start has weather implications for our big fleet and we anticipated running into the summer bank holiday would cause difficulty for many participants. Bringing the race forward by two weeks addresses these issues and allows us to encourage the fleet into Cowes in the pre-race days before the start.”
Commenting on the change of date, RORC Racing Manager Chris Stone said:
“Bringing the race forward to Saturday 3rd August will give more time for those competitors who wish to race in Lendy Cowes Week. The prize giving in Plymouth will now be held on Thursday 8th August and this will allow competitors to make the journey back to the Solent in time to join the racing.”
More detailed information and the official Notice of Race will become available very soon on the Rolex Fastnet Race website: http://www.rolexfastnetrace.com/