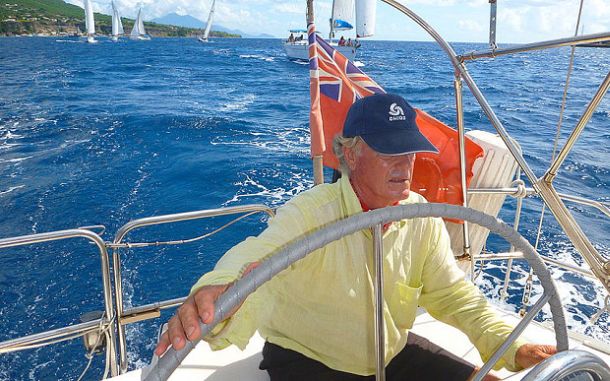 The Telegraph. By Gregory Walton.

A renowned yachtsman and British sailing champion has died after being found in distress off the Cornwall coast when his ‘back to basics’ bid to cross the Atlantic in a boat designed in 1908 ran into difficulty.

Philip Walwyn, 68, had been expected to arrive in Falmouth earlier this week after sailing single-handedly from Nova Scotia via the Azores. He departed St. Kitts on June 1 and was destined for the Mediterranean.

However his yacht was found going round in circles with its sails up off the coast of the Lizard Peninsula with no crew on board on Monday.

The Coastguard was alerted just before 2pm when another vessel discovered the stricken yacht.

Mr Walwyn, who was known for refusing to wear a life vest, was subsequently found nearby in “very serious condition” and died shortly after being airlifted to hospital.

Police are not treating the incident as suspicious and have alerted the Marine Accident Investigation Branch.

Read the full story, including details of Mr Walwyn's sailing career and the boat he built himself, here.