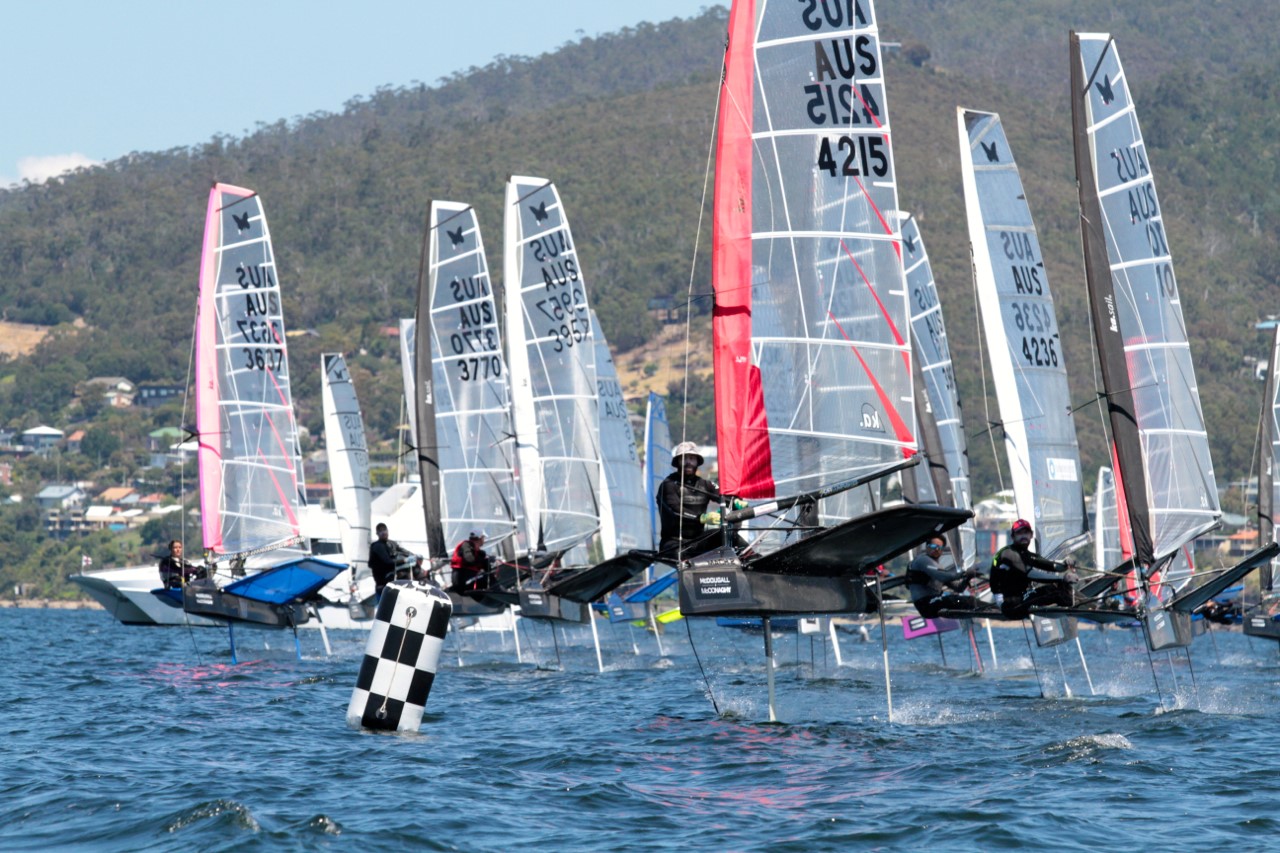 The 47-year-old class veteran and former Australian champion, has sailed a model of consistency in the first six races,  4-5-2-4-4-3, in the 31 boat fleet.

“Champagne sailing” was the Royal Yacht Club of Tasmania’s international race officer Nick Hutton description of the afternoon’s sailing.  “An easterly sea breeze that started at 10 knots and lifted to 15-18 knots later, with flat water, produced ideal conditions for this flying foilers.”

The fleet had two general recalls for the first race of the day,  but after that the three short ‘Derwent Dashes’ were right on time, 25 minutes for a race.

Although the championship is right on schedule,  IRO Hutton has elected to run four races tomorrow in the light of the forecast for Sunday. “We can expect the same conditions on Saturday as we had today,”  Hutton said. “However, six down and six to sail is excellent progress.”

McKnight, the defending Australian champion from Royal Prince Alfred Yacht Club, has an exceptional scorecard so far of 1-1-3-1-1-1 for 8 points, taking him well clear of nearest rivals, Victorian Harry Mighell and Rob Gough.

Andrew McDougall, also from Victoria and designer of the Mach 2 foiler Moth being sailed by virtually all competitors in this regatta,  is fourth overall on 30 points.

Second best Tasmanian is another RYCT member, Julian Salter in sixth place on 46 points with John Genders, also from the RYCT, in 11th place.

The nationals fleet of 31 includes sailors from all Australian States, Japan and the United Kingdom.