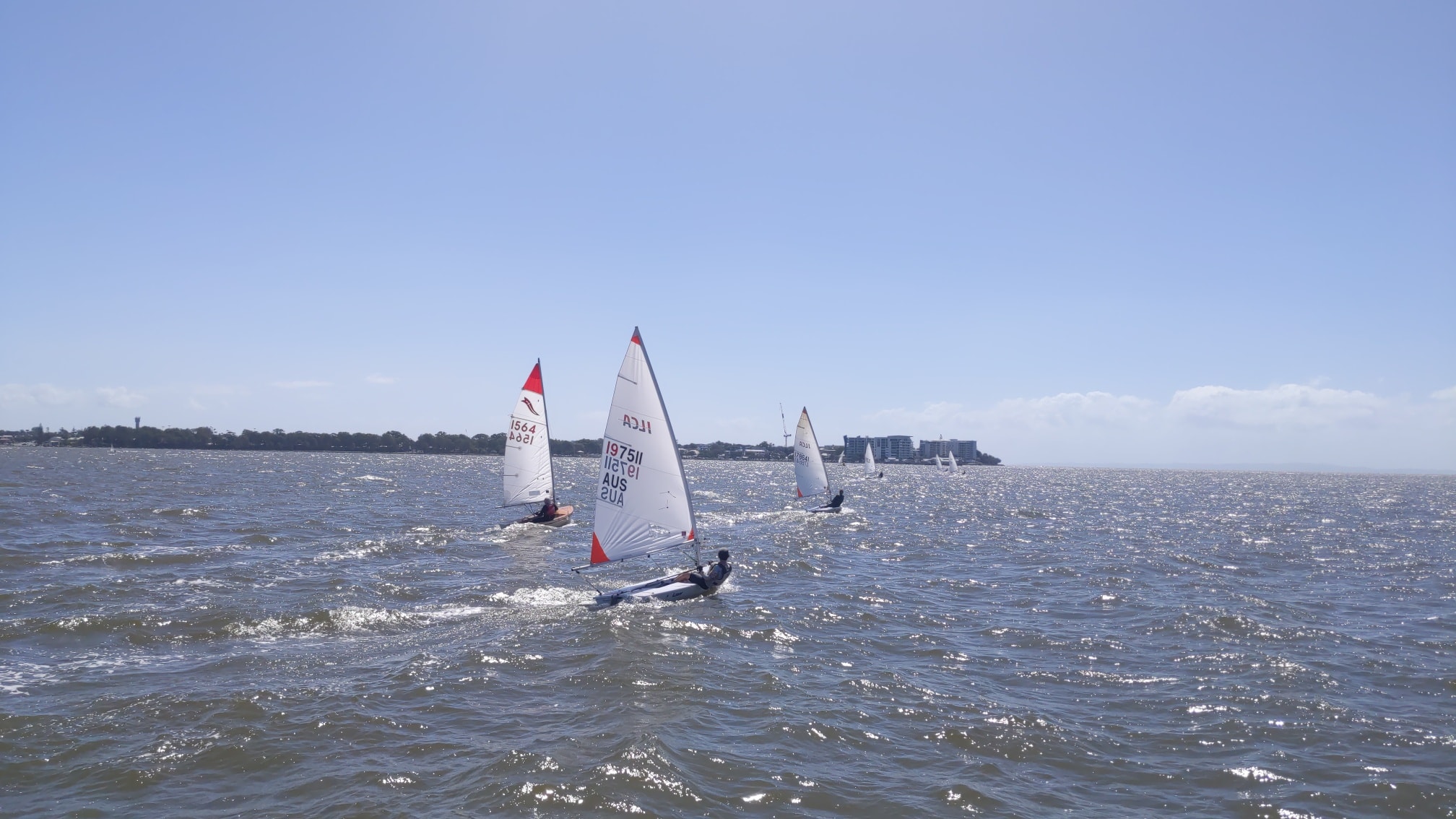 Clear skies for the Women and Girls' regatta.

HYC spokeswoman Kate Slade said they were pleased with the attendance for the inaugural event.

“The responses by competitors during and after the event give us great confidence that the racing and social activities will attract more and more women and girl sailors from all age groups as it becomes better known throughout the sailing community.

“Sadly the weather gods were not with us and racing on Saturday was abandoned after two races as winds and seas deteriorated,” Slade said.

Sunday begun with rising winds but they thankfully eased to 10 to 15 knots by mid-morning, so three highly competitive and tactical races were conducted in vastly more enjoyable conditions.

“The enthusiasm and keen racing by competitors from Brisbane to the Tweed and Southport showed that increasing number of female sailors are very keen to progress their sailing skills, experience and race tactics,” Sade said.

“We had junior sailors in Opti’s ranging up to teen and adults in Lasers, Sharpies and other classes coping and adapting to a wide range of weather conditions.

“We hope that the regatta will become a key event for women and girls from all experience levels to get involved in competitive sailing.” Ms Slade said.

For more information about HYC, go to: https://www.hyc.net.au