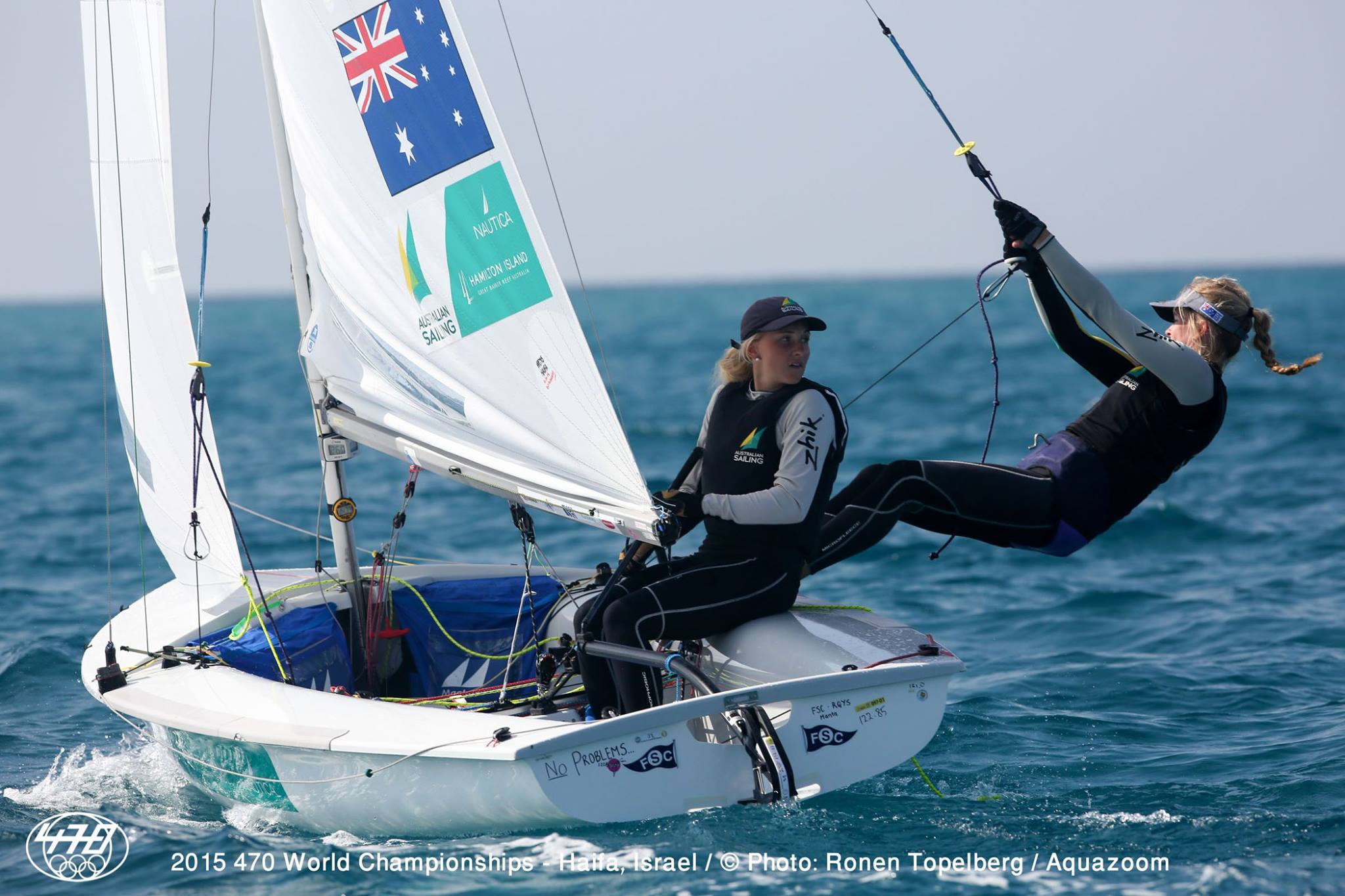 The Australian duo of Carrie Smith and Jaime Ryan will be making their Olympic debut in the 470W on Wednesday. It has been a tough road to Rio for the pair who have battled through injury in the last 15 months.

What was meant to be a simple day surgery for Smith turned into five months out of the boat while recovering from complications. Despite not being able to hit the water, Smith continued to work towards her goal of Olympic selection with theory work. After returning to the race course, Smith and Ryan finished ninth at the 2015 World Championships.

Now the pair are in Rio ready to make their Olympic debut and coach Nathan Wilmot thinks the girls are ready.

“They have worked really hard to get to Rio and are in great shape,” said Wilmot.

The 470W competition is strong. The New Zealanders, Jo Aleh and Polly Powry are back to defend their London 2012 Gold. Hannah Mills and Saskia Clark are looking to better their Silver from London 2012.

“The Kiwis and Brits are the favourites, but there is eight or so teams that should be in the top five. It is going to be tough but Carrie and Jaime should be in there,” explained Wilmot.

Smith and Ryan may be making their Olympic debut agasint a field of experienced teams, but they will be strong competitors.

The 470W competition kicks of on Wednesday August 10 with the medal race scheduled for August 17.