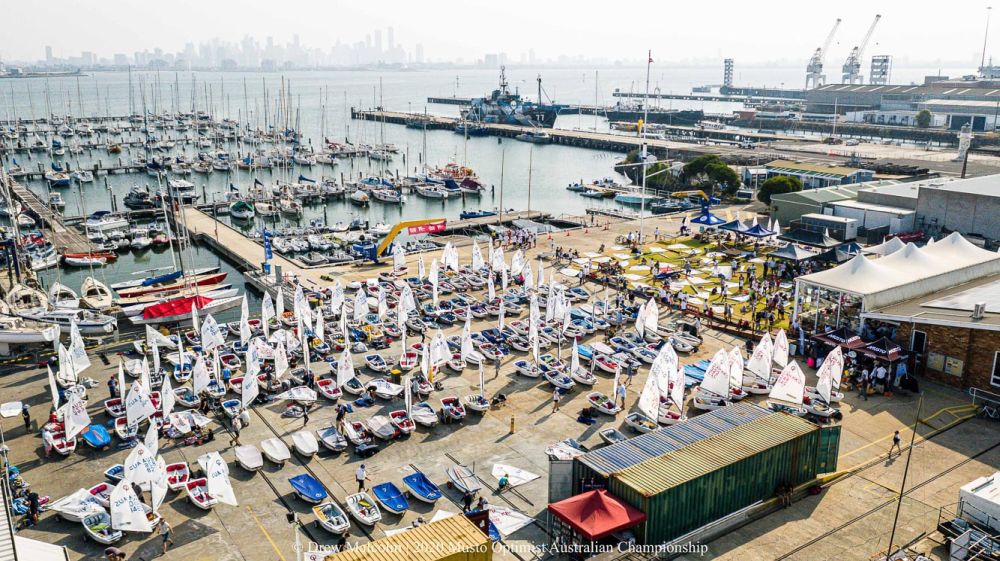 Some of the world's most talented junior sailors will head to the Royal Yacht Club of Victoria (RYCV) next summer as the historic Australian club gets set to host the national and world championships for the International Cadet class.

It's the first time the event has returned to Australian shores since 2012 in Hobart, Tasmania and will combine the national championships from 21-26 December 2020, and the world championships running from 27 December 2020 through to 4 January 2021.

A strong contingent of Australians are expected to lead the charge, while talented sailors are also expected to turnout from other major Cadet countries such as Great Britain and Argentina, as well as a number throughout Europe.

With a strong history in International Cadet sailing and a great capability at running major events, the RYCV is a great fit for hosting an event of this magnitude.

Event chairman Tim Olding said the club was thrilled to be hosting the Cadet Worlds and was looking forward to putting on a great event for the young sailors and their families.

“The Royal Yacht Club of Victoria has a proven track record of running events of this size, which was showcased at the start of the year with a successful Optimist Nationals at the club,” he said. “This regatta gives us a chance to showcase our great Australian sailing culture to sailors from right around the world and combine with the success of the International Cadet class here in Melbourne. There is a lot of planning underway and we look forward to welcoming sailors to our club in December.”

For Notice of Race and event entry, sailors can head to the Cadet Worlds website at www.cadetworlds2020.com

For those looking at getting information on accommodation options for the event, there are a number of options available to you that can be seen at www.cadetworlds2020.com/accommodation.