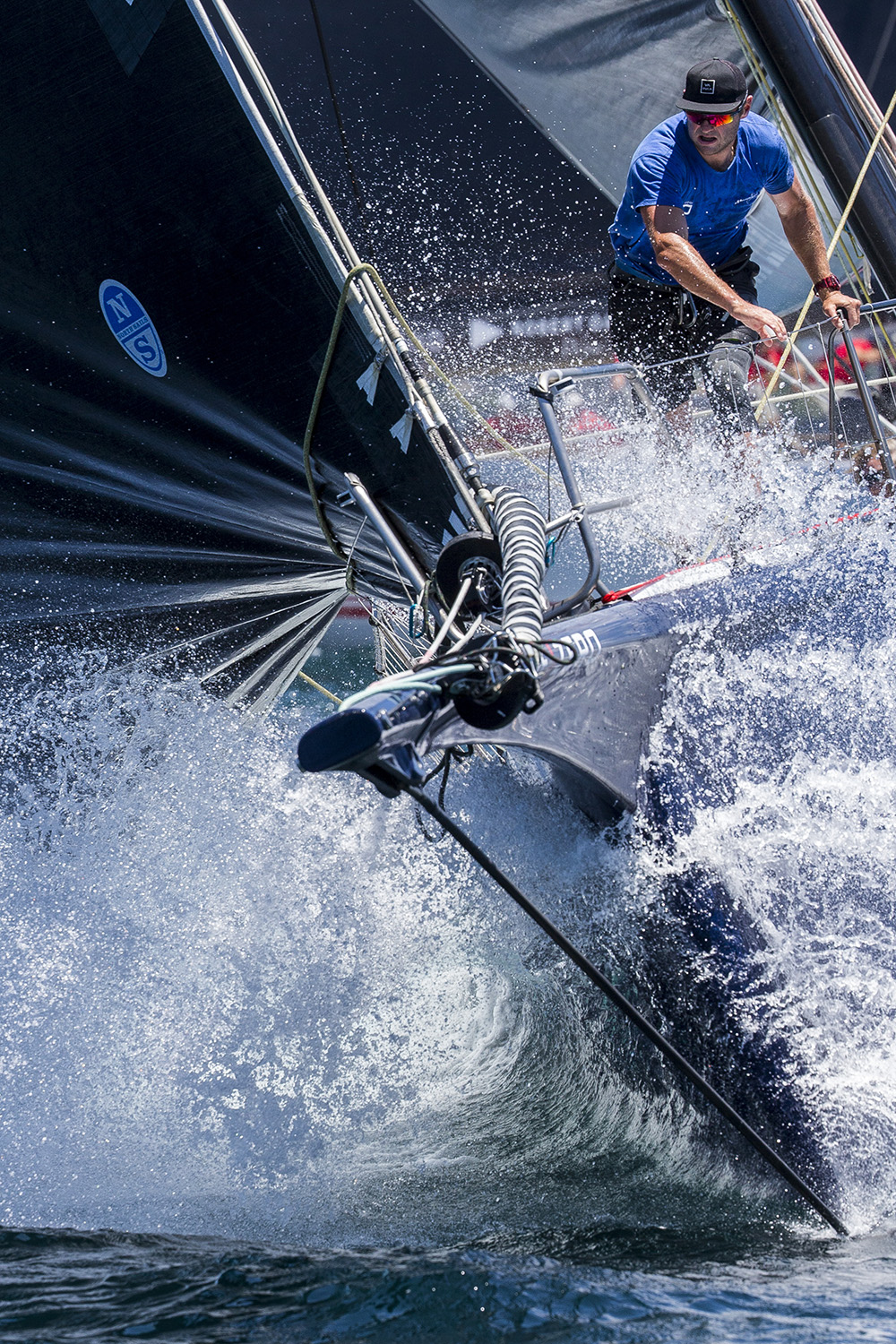 This Friday 4 December marks Race 4 of the Cruising Yacht Club of Australia’s (CYCA) Blue Water Pointscore, the Cabbage Tree Island Race. When the 51 crews line up on the Sydney Harbour start line, almost all of them will be sizing up their competition for the 2020 Rolex Sydney Hobart Yacht Race on Boxing Day.

Up front are the two super maxis, Peter Harburg’s RP100 Black Jack and Christian Beck’s Juan-K 100 InfoTrack. With a light north-easterly breeze forecast for the 1900hrs start, the nimbler Black Jack is expected to gain the early advantage, however a south-easterly change around midnight should see InfoTrack hunting them down in their preferred blast reaching conditions.

Nipping at the big boats' heels is a strong cohort of 60-70 footers. Expect to see Sean Langman’s RP69 Moneypenny leading the way, closely followed by David Gotze’s RP63 No Limit and CYCA Director David Griffith’s JV62 Whisper. Fresh from the operating table, Whisper is sporting a brand new, deeper and lighter keel which the team hopes will give them the edge for the IRC crown.

Another team hungry for IRC honours is Matt Donald and Chris Townsend’s TP52 Gweilo which successfully clinched IRC, ORCi and PHS handicap victories in this race last year. Gweilo has been the team to beat so far this season as well, taking home the Bird Island Race victory earlier in the year, along with wins in many of CYCA’s Ocean Pointscore races.

A swathe of fellow TP52 teams join them in the pack, among them two-time Rolex Sydney Hobart Yacht Race winner, Matt Allen’s Botin 52 Ichi Ban. They are currently hoping to become the first crew to claim the Tattersall Cup two years in a row since the Halvorsen brothers’ Freya in 1964 and ’65 and will be throwing everything at this race to reign supreme and stand in good stead come Boxing Day.

Making history once again are the intrepid teams of the Two-Handed Division, present in the Cabbage Tree Island Race this year for the first time ever. Rupert Henry’s J/65 Burning Palms took home Two-Handed line honours, IRC and PHS victories in the Bird Island Race but will face increased competition this time around.

In the circa 40-foot range, Rob Aldis’ DK 46 Khaleesi is the boat to beat, also posting a strong performance in the Bird Island Race. Carl Crafoord’s Cookson 12 Sail Exchange will give them a run for their money though, as will Ron Forster’s Beneteau First 40 Ariel – both teams also faring well earlier in the year.