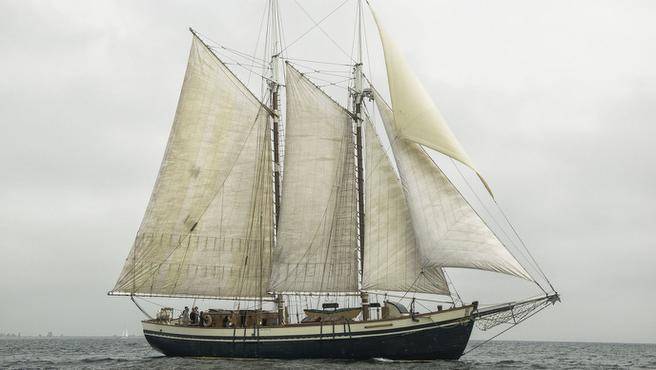 The Mist of Avalon has been sold for $390

I’ll have a tall ship to go, please.

Not quite as ridiculous an order as it might sound to tall ships broker Peter Milley. His website, Privateer Yacht Sales, lists half-a-dozen tall ships taking part in the Rendez-Vous 2017 Tall Ships in Canada for the sesquicentennial celebrations — and available for purchase.

The sticker price on some, a third or less than a third of the cost of a house in Toronto or Vancouver, makes a tall ship look like quite a bargain.

For example, the schooner Unicorn, listed at a reduced price of $375,000, just sold and will be a private yacht, said Milley.

A former sail-training ship for girls and women, Unicorn was built in 1947 as a Dutch North Sea fishing trawler. Privateer’s listing states the vessel’s hull was constructed of steel and steel plating taken from the hulls of German U-boats delivered to Holland as war reparations at the end of the Second World War. The steel plating which makes up the hull from the collision bulkhead aft is of high nickel-brass content, it says. Unicorn underwent a complete re-fit of all systems and accommodations in 2003 at Scotia Trawler in Lunenburg and has had several more upgrades in subsequent years. She has one large stateroom, four guest cabins all with toilets, crew quarters, a galley and a salon.