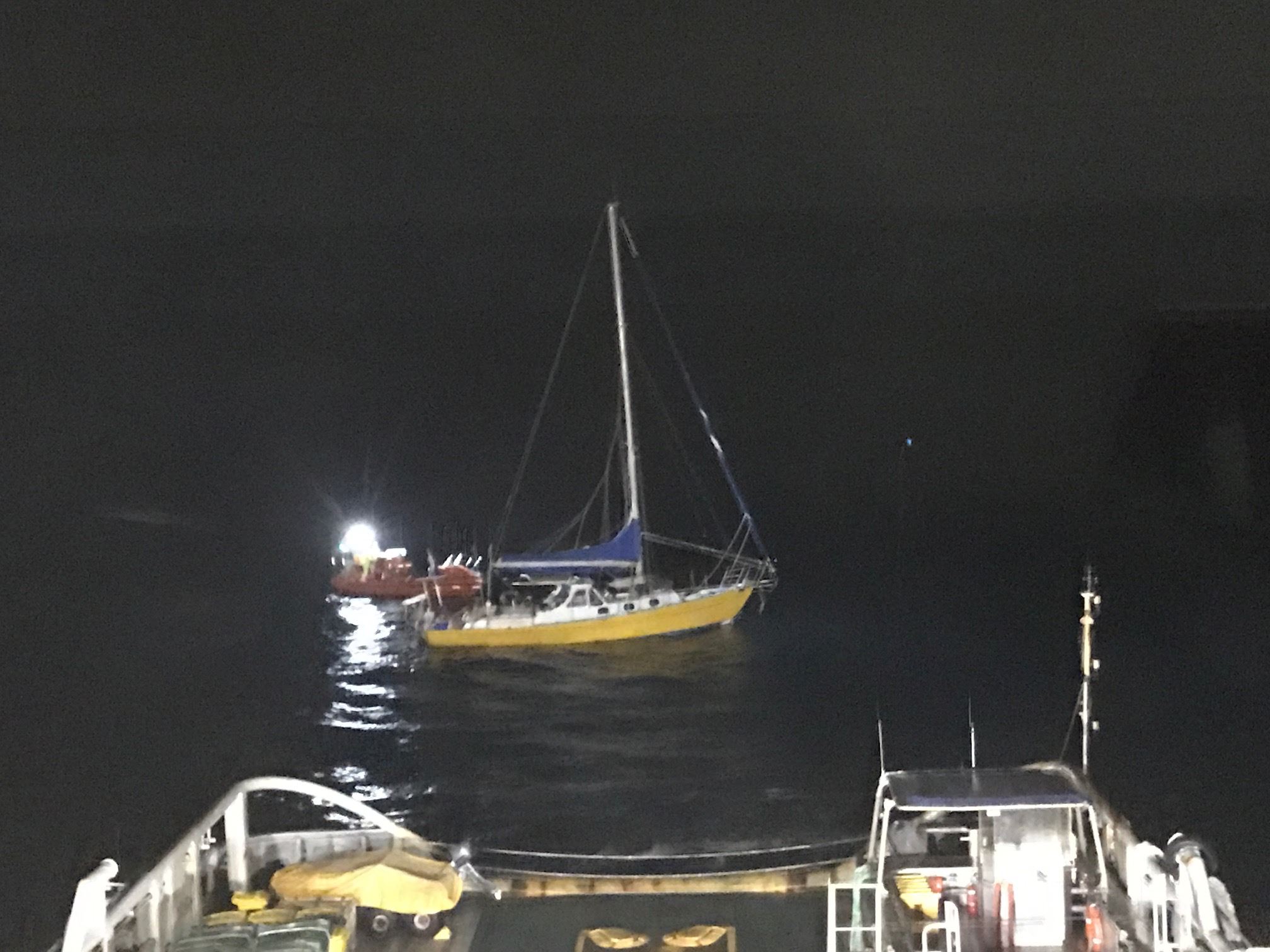 It was a busy weekend for AMSA's Coral Knight, assisting in two rescues. The first call out happened on Saturday night when the ship assisted a solo yachtsman with mechanical trouble off the coast of Cape Melville National Park. The crew assisted the sailor to repair his electrical system and he was able to continue his journey.

On Sunday the Coral Knight was asked to respond to an EPIRB activation about 30 kms north of Yorkeys Knob. The Coral Knight crew located three people aboard a broken down pleasure craft and used the fast rescue boat to transfer the passengers and tow the vessel closer to shore where the local Volunteer Marine Rescue unit took over.

Coral Knight is an Anchor Handling Tug Supply (AHTS) vessel modified to fulfil the role of AMSA’s dedicated Emergency Towage Vessel (ETV). This is the only ETV of its type in Australia and operates in the particularly sensitive sea areas of the northern Great Barrier Reef and Torres Strait. The vessel has its home port in Cairns but spends the majority of its time patrolling at sea, available for emergency towage tasking by AMSA should a maritime casualty occur. It is particularly suited to emergency towage with a bollard pull of 82 tonnes.

Coral Knight is also equipped to respond to other maritime incidents such as search and rescue or limiting the effects of ship-sourced pollution of the sea and carries oil pollution response equipment.

While patrolling in its areas of responsibility the ETV will also be engaged for about 100 days each year in maintaining AMSA’s aids to navigation network.