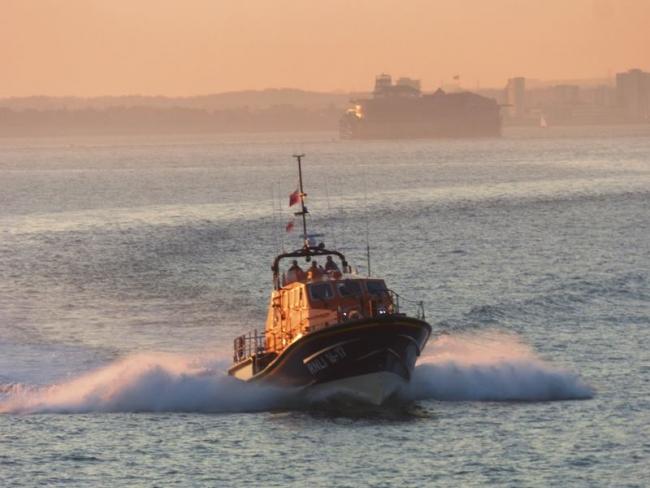 BEMBRIDGE RNLI Lifeboat had a busy call out last night (Saturday) for what was the final shout for the lifeboat's retiring coxswain. With less than six hours before Steve Simmonds retired after 15 years as coxswain, the lifeboat was called out by UK Coastguard to look for two jet skis, thought to be somewhere between Bembridge and Hayling Island. One had reported running out of fuel and was under tow by the other.

The Bembridge lifeboat was launched at 6.20pm and while on her way to the search, she came across a small speedboat with two crew that had also run out of fuel. The lifeboat stood by and arranged for Portsmouth RNLI Lifeboat to tow the speedboat to safety.

Resuming her search for the missing jet skis, the lifeboat then went to the assistance of a 34ft yacht with four crew on board. There was a problem with the yacht's engine and, as there was no wind, the lifeboat towed the yacht to Portsmouth.

The missing jet skis were located by Portsmouth's lifeboat and the Bembridge lifeboat was returned to station and was rehoused by 9.15pm.