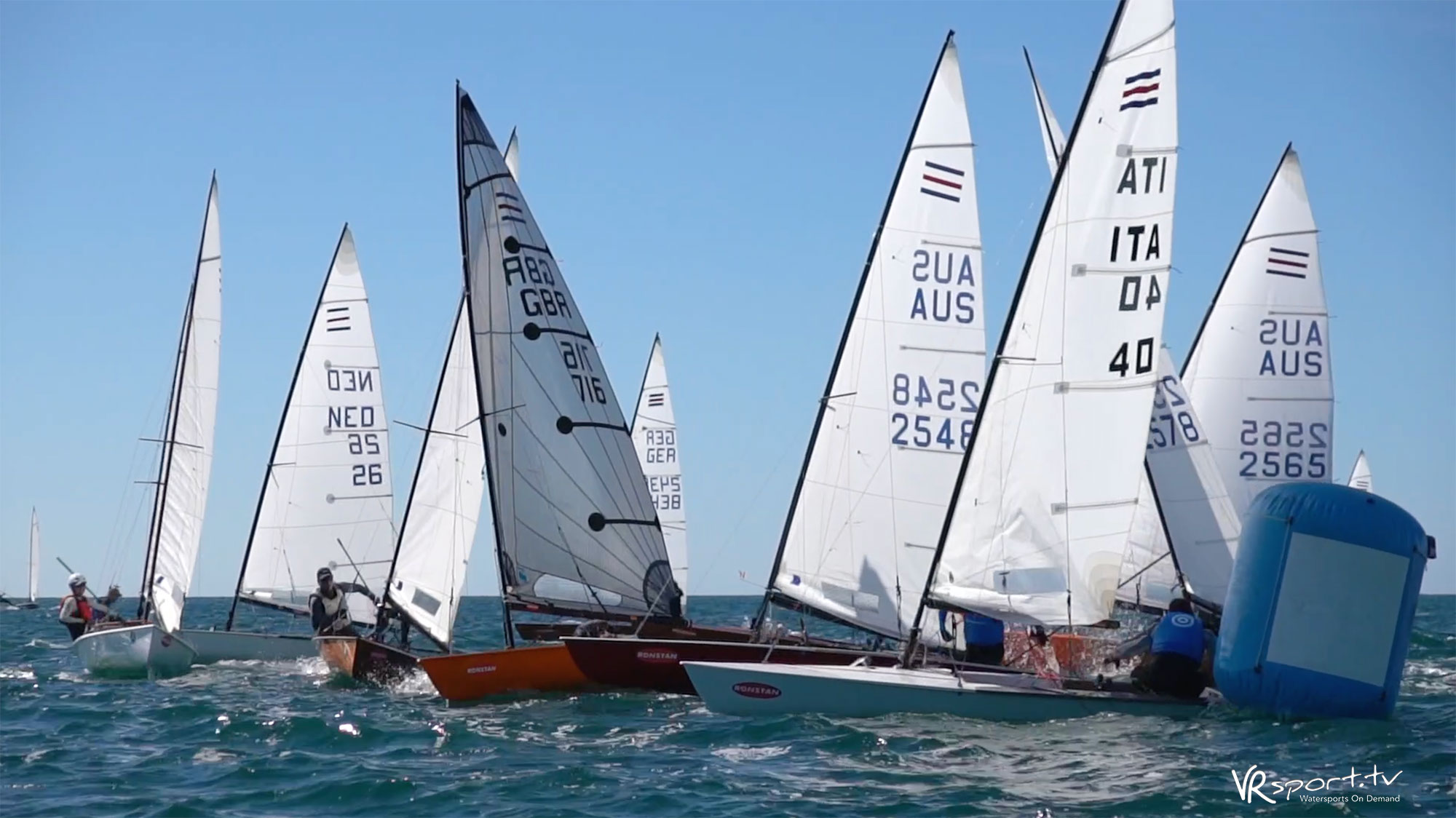 The Contender World Championship, hosted by McCrae Yacht Club in Victoria has turned into a two horse race – everyone expected a duel between Jason Beebe and Mark Bulka, the reigning world champion and runner-up from 2017 respectively – and they have one.

Bulka, a multiple world champion in the class, leads Beebe by just two points after the discard came into play after Day 3 – this is the order the Championship finished in 2016, but there are two days of racing left.

Local sailor and McCrae YC member, Mark Bulka, had a blistering day on the water with a bullet and a second, while Beebe, from Queensland, picked a fifth and a win with only a half boat length between them both on the final race.

Meanwhile, seven-time world champion in the class, Andrea Bonezzi, is third overall, but 16 points in arrears of Bulka in the 90-boat fleet. Australia makes up the bulk of entries, with others coming from Italy, Netherlands, Germany, Great Britain and Switzerland and Canada.

Similar 'champagne sailing' weather to yesterday is expected on Wednesday when two further races are planned.