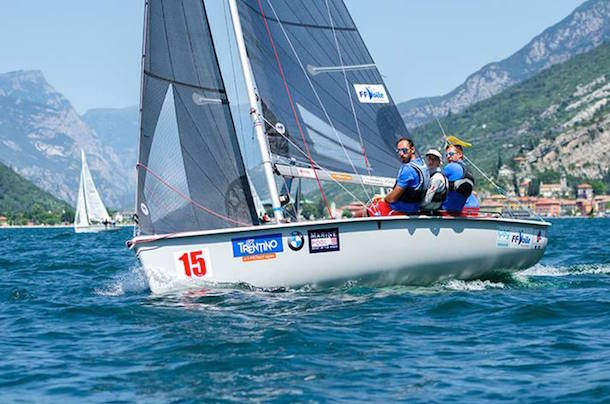 Australia, along with France and Russia, were the only countries to have two crews in the top ten of the Gold Fleet at the end of the 14 race regatta, sailed in predominantly fresh to strong winds.

The French youth crew of Take 5, skippered by Robin Follin, took out the world title from a Ukrainian crew with a winning margin of 10 points.  The Australians were just six points behind.

Bourke and the crew of Red, representing Sandringham Yacht Club, went into the final day in fourth place overall and started the day with a second place and followed this with a 10th to clinch the bronze medal.

Over the last two days of racing the Australians were the best performing crew, improving from ninth to fourth and finally third in the 46 boat Gold fleet.

Cooper and the crew of Export Roo, representing the Royal Yacht Club of Tasmania, finished the regatta with a 13th and a 19th place to take 10th overall, a commendable effort from a team that began racing together in the SB20 class only last March.   They finished second to Glenn Bourke in the nationals on the Derwent.

Of the other Australians in the world championship Chris Dare, skippering Flirtatious from Sandringham Yacht Club, placed 17th overall, winning the final race of the regatta.