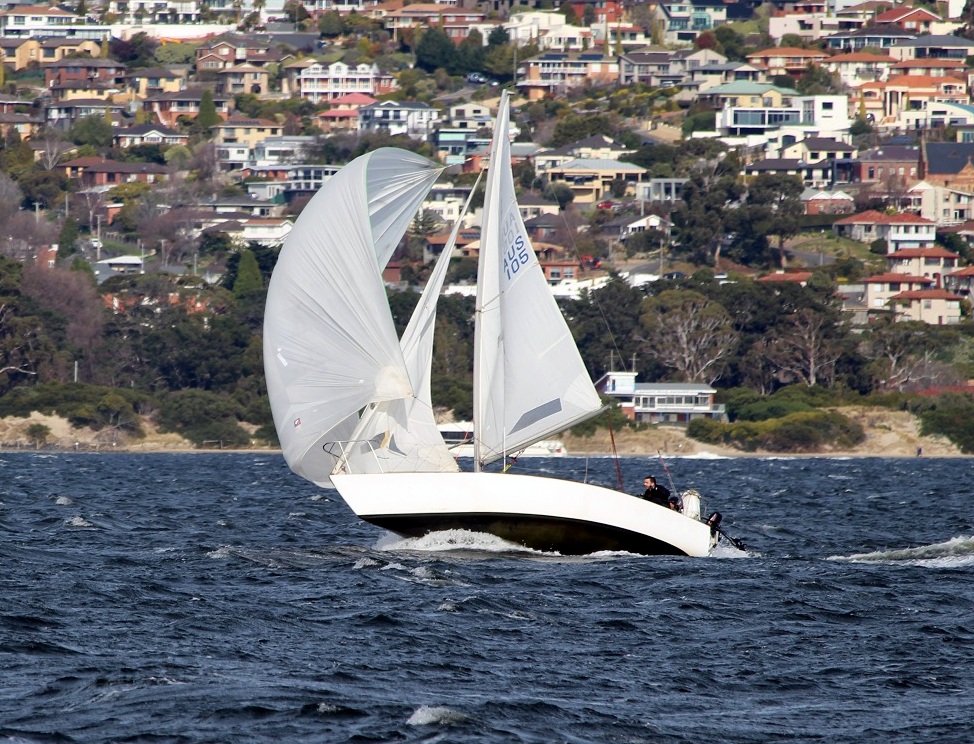 The 15-20 knot NNW breeze, with the occasional gust to 28 knots. had the skippers' and crews’ adrenalin pumping after having experienced a light air series until now.

Half the fleet elected to stay ashore and those that raced had under reef mainsails and small jibs.

Filepro, with Tim Gadsby on the helm, led the fleet around the river course for an outright win in Division 1, while Ian Stewart steered Tas Paints into third place on corrected time to gain sufficient points to win the Winter pennant.

“Any handling or tactical mistakes made by a boat saw them swiftly taken advantage of by their competitors.”

Trouble also won the race by less than two minutes on corrected time from Rousabout to win the Winter Series Division 2 on a countback from Saga, with Rousabout third overall.

Division 3 also experienced competitive racing at the front of the fleet, joined in today’s windy race by the plucky little J24, Zest. “Matt Westland and his crew pushed Zest to the limit in the fresh breeze,” said Peter Watson, who again shot some graphic photos of the racing.
Consistency proved the Winter pennant-winning formula for Moonshadow (Anthony Ellis) in Division 3, today scoring an outright win to finish the series with 7 points from a scorecard of (7)-1-3-2-1.