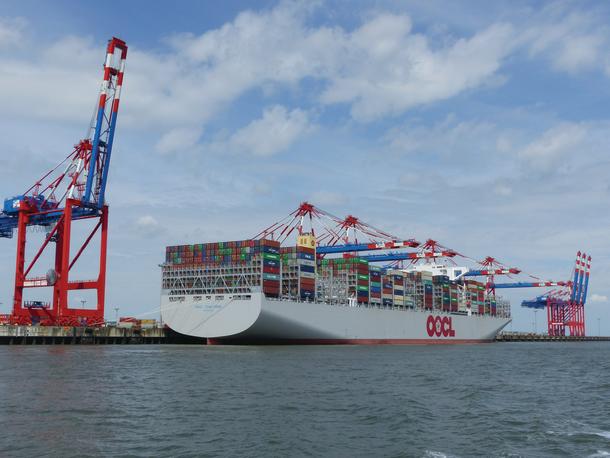 Boaters and professional captains alike know that one of the most dangerous hazards at sea is colliding with a partially submerged shipping container lost from a container ship. The severity of such an impact, coupled with the reported large number of container losses each year, leave the impression that many containers are lurking in the ocean and releasing tons of floatable debris.

The majority of containers are constructed in 20 foot lengths and called TEUs (twenty foot equivalent units) by the shipping industry. 120 million TEUs were shipped in 2013 alone and ocean transport has been increasing annually. Ninety per cent of packaged cargo is transported by container ships, approaching US$5 trillion of value per year.

Although container ships are the safest and most economical means of cargo transport, container losses do occur; some associated with catastrophic maritime storms.

During the period from 2008 through 2013, an average of 546 containers were lost at sea per year during normal operations. This equates to one lost for every 220,000 transported, certainly a low loss percentage.

In 2011 and 2013 two container ships broke up; one offshore New Zealand with 900 containers lost and the other in the Indian Ocean with 4,293 lost. The latter, a 316 metre vessel built in 2008, was the largest container ship ever lost.

Adding these catastrophic losses to the statistics for the normal operations skews the loss statistics, resulting in 1,411 containers lost per year in the six years beginning 2008.

Loaded containers have considerable air space inside and therefore do not sink immediately when lost over the side from a container ship. Some stay neutrally buoyant for days to months, posing a major collision risk to underway vessels.

Recovery of floating containers in the ocean is impractical and, from a marine environmental standpoint, it is best if they sink rapidly and keep contents inside rather than releasing debris that will float.

New designs of scuttling valves are being proposed for container installation. These would allow seawater entry near the bottom of floating containers and air release at the top, resulting in sinking within a few hours with no floatable debris released. With over 100 million containers in use today, it would take years for retrofits to be implemented.

Do lost containers represent a significant contribution to the floatable debris in the world’s oceans? If we estimate that one-quarter of a container’s volume contains packing materials that are potentially buoyant, this scales to 950 tonnes of material per year for the average of 1,411 containers lost annually from 2008 to 2013. Combined with the estimate of packing materials, possibly 2,000 to 4,000 tonnes of floatable materials are inside the containers that are lost each year.

A greater uncertainty is the percentage of containers that actually release the buoyant cargo. As an upper estimate, maybe three quarters of the 1,411 each year actually release floatable materials. This estimation yields 1,500 to 3,000 tonnes of floatable debris released to the marine environment per year, worldwide. These are back-of-the-envelope calculations but they suggest that lost containers release far less than land-based sources and tsunamis.

Additionally, ten larger container ships are being constructed in 2017, with individual capacity over 20,000 TEUs. For example, the 59m beam of the OOCL Hong Kong and other floating behemoths in this new size-class, already prevent their passage through the widened Panama Canal but they are highly cost effective for freight transport via the Asia-Europe route.

One man’s trash is another man’s tool. Dr. Curtis Ebbesmeyer is a physical oceanographer from Seattle who has learned a great deal about surface currents in the North Pacific from floatable debris that washed ashore in the States of Washington, Oregon and Alaska.

Back in 1990 an estimated 80,000 Nike sneakers spilled into the ocean when a vessel had to release 21 shipping containers during a major storm in the Pacific. Five of the containers were full of sneakers which, thereafter, were free to drift around the ocean. Many eventually washed ashore and beachcombers found singles but needed to find the other shoe of the pair.

Ebbesmeyer created a website: beachcombersalert.org, to link sneaker-finders with same-size partners. Additionally, he encouraged beachcombers to post findings of new treasures (debris), which he hoped was a signal of another large release of floatables that would aid his oceanographic studies.

To Ebbesmeyer's good fortune, scientifically, shipping containers continue to be lost from vessels crossing the Pacific. Around 28,800 floating rubber duck bath toys (‘Friendly Floaties’) were released in the central North Pacific in January 1992 when twelve 40 foot containers were lost during a storm. The toys began washing ashore along the northwest United States coastline within months of release and continued to be encountered by beachcombers for ten years.

The numerical model of surface currents proved that the majority of the Friendly Floaties had circulated around the North Pacific gyres, with some beaching each time the pack of ducks swept past near the U.S. shoreline. Nearly a decade later, some toys drifted northward into the Arctic Ocean, travelled east and later southward with pack ice into the Atlantic. In 2001 a small number of Friendly Floaties came ashore in New England and, in 2003, some arrived in Scotland.

After twelve years ‘at large’, free-ranging rubber ducks were still washing up on the shores of Sitka, Alaska. The ocean current model predicts that Friendly Floaties will eventually arrive on the east coast of Australia.

The buoyant Friendly Floaties moved quickly with the wind compared to other debris; for example wood that has little surface area above the sea surface and consequently moves solely by the much-slower surface currents. ≈