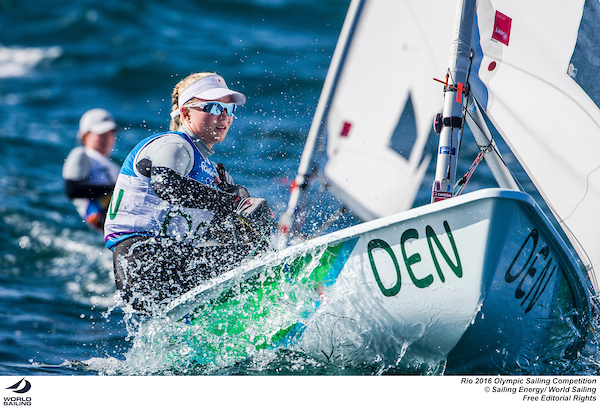 Bouwmeester said she was feeling quite confident ahead of Monday's decider and was happy to “have a few more points than in London”.

In that classic decider, four women, including Bouwmeester and Murphy, were within two points of each other meaning that whoever won the race won the Gold.

Sadly two Black Flag disqualifications, to go with another DSQ on the first day, mean that defending champion Xu Lijia of China won't be in this medal race. The Bronze medallist from London, Evi van Acker of Belgium is in fourth place but has a lot of work to do to again snatch a medal from the Irish woman, who was the unlucky loser in 2012.

After suffering illness for most of the regatta, van Acker is nine points out of third.

There was good news for Australia when Ashley Stoddart qualified for the medal race in ninth position. Her 101 points show how difficult the conditions have been but it is a credit to Stoddart that she has kept fighting all regatta. The experience will stand her in good stead if she goes to Tokyo in four years' time.