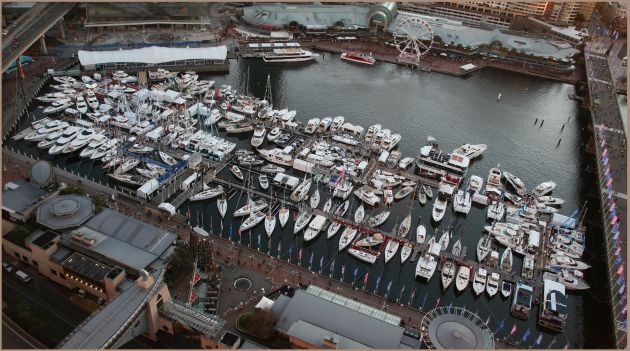 Industry figures have condemned NSW Labor plans to introduce a new stamp duty on boats if it wins next month's state election.

While stamp duty is currently paid on cars, increasing for vehicles over $45,000, to date there has been no duty payable on boats. Along with an increase in the luxury car duty, the measures are expected to raise approximately $240 million which Labor said it plans to spend on employing more nurses.

In response, the Boating Industry Association (BIA) said in a statement that it was “surprised” by the announcement.

“The tax will drive sales and jobs way from NSW to other states and sadly, the perception that boats over the value of $200,000 are a tax on the wealthy is fundamentally wrong,” said Alan Blake, BIA president. “Many vessels of that value are owned by families, retirees, groups of hard-working, hard-saving mates who have grouped their savings to pursue their passion for being outdoors, or those who have joined in a share boat arrangement through a club.

“The proposed tax will hurt working families who enjoy boating and the many small businesses and their employees who service them.

“The knock-on effect of this proposal has not been taken into consideration by the Labor Party. The businesses that service, store or supply provisions for these vessels are small family businesses who will feel a direct impact of such a tax,” said Blake.

The BIA said the number of vessels sold each year in NSW are not as many as Labor suggests and believes the forecast revenue has been significantly overstated. It said the tax will push consumers to simply purchase in other states or choose other forms of recreation such as caravanning which are not penalised by the proposed tax.

Brent Vaughan from Sydney broker Multihull Central blasted the policy as a “joke”, commenting that it will have a “devastating” effect on the industry.

“Having been involved with exporting boats from Australia for over a decade, it was clear during this time that countries with a luxury tax on yachts stopped sales into those countries dead in their tracks,” he said. “These taxes are more consistent with communist countries such as China where the recreational boating industry is very underwhelming as a result, despite the wealth and population.

“Luxury boats are also closely aligned with the tourism industry and we supply many new boats into charter fleets in the Whitsundays and Sydney Harbour. These fleets rely on current model boats to remain competitive in the global market place. So in addition to cyclones and shark attacks, now the tourism industry is also subject to being attacked by the NSW state government!

“Most of our boats are purchased by retirees who have worked hard their entire life and often downsize their house or sell their business and chose to buy a yacht instead of a caravan and run them in charter fleets to help fund the expense of the boat. You might as well apply a tax to their house, business or caravan.

“Sadly it will be people working in the marine and tourism that get hurt the most – not super-rich people – regular people such as trades people, sales reps, skippers, cleaners, fleet operators.”

Marine Business is a Yaffa Media publication which keeps the boating industry up-to-date with news and views.