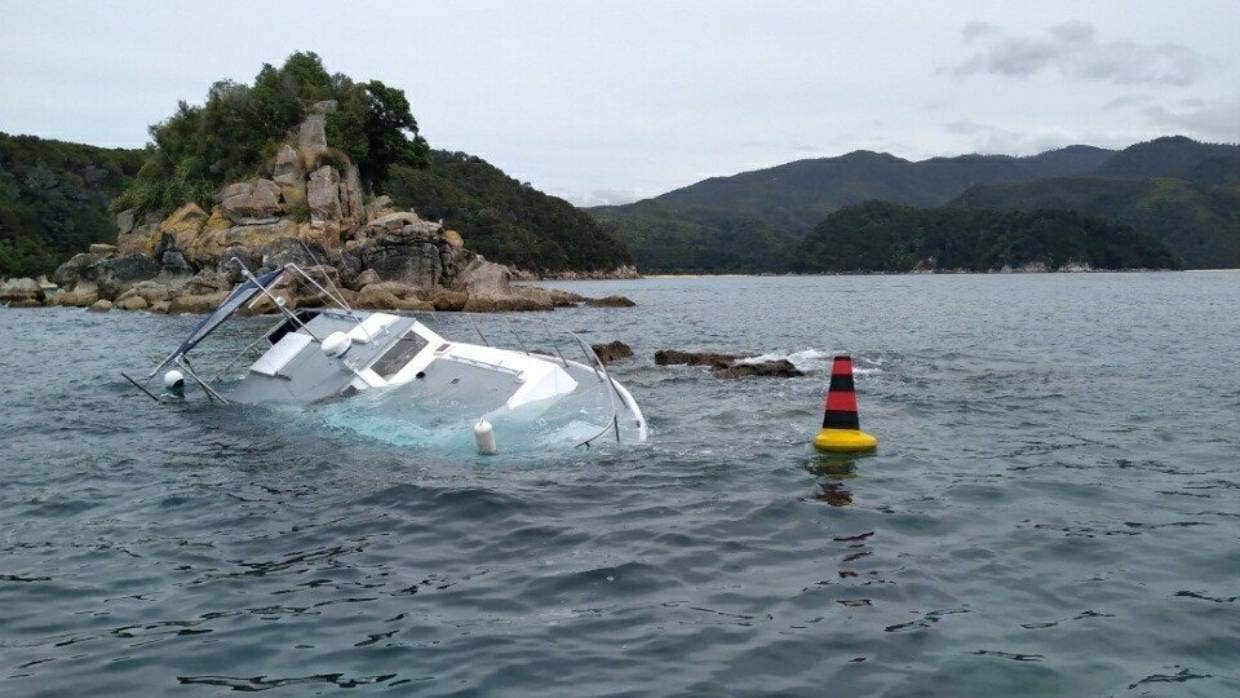 A skipper and his daughter who “didn’t even get wet” when their launch capsized on a reef has praised the skills of marine search and rescue organisations.

The man, who wants to remain anonymous, said he and his daughter were heading home after a weekend in the Abel Tasman National Park (on the South Island of New Zealand), when their boat ran aground at around 2am Monday morning.

He had work on Monday and was navigating home in the dark using chartplotter – a GPS and chart navigation system.

But the boat struck Pitt Head reef in Torrent Bay, a hazard known by locals for being easy to run aground on.

The man said the boat started sinking and his daughter, in her 20s, quickly started saving items, and got their two kayaks ready for evacuation.

For the full story, see: https://www.stuff.co.nz/national/127599868/skipper-praises-rescuers-after-early-morning-sinking-at-notorious-reef