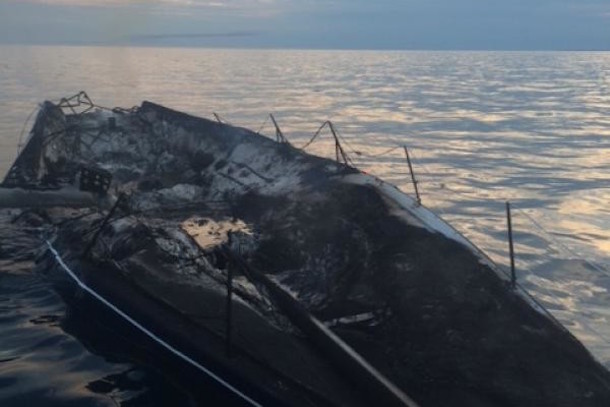 The OPP says no one was injured when a sailboat caught fire and sank near the Long Point lighthouse.

The marine unit and American Coast Guard saw a large plume of smoke on Lake Erie around 7:45pm Thursday night.

The 50 ft sailboat was found about 3.5 km from the Canada/United States border.

Investigators say a man noticed smoke coming from the inside and tried to extinguish the fire, but it continued to spread. He escaped the burning boat using a 10 ft Zodaic that was attached to it. A passing boat helped him until the marine unit and coastguard arrived.