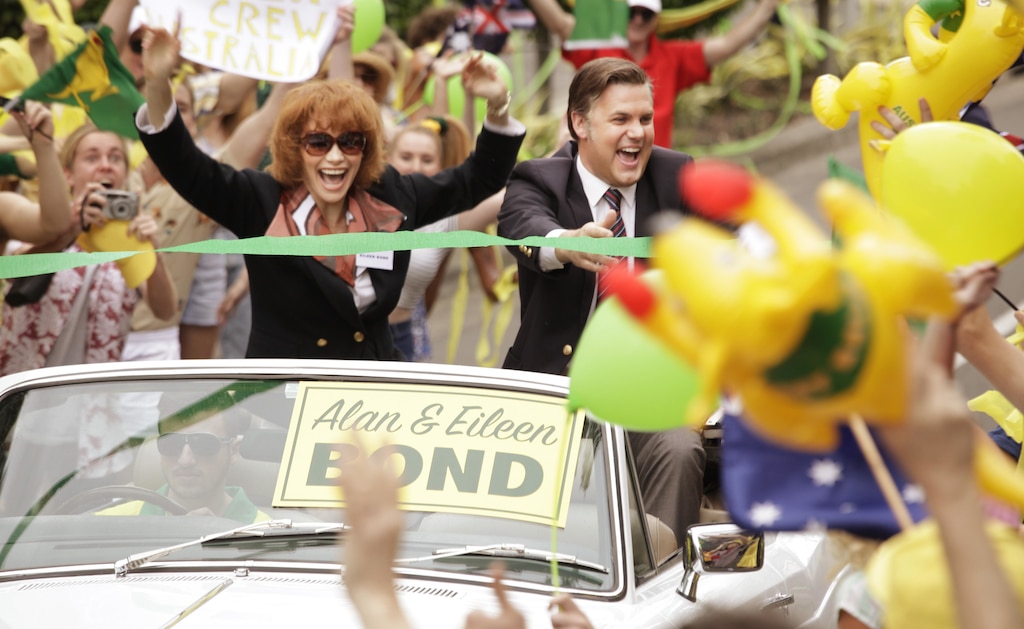 The West Australian. By Sue Yeap.

“From high-flying businessman and America’s Cup hero to one of Australia’s biggest fraudsters, Alan Bond’s life was one of extreme highs and lows.”

So read the caption on a photo of the Perth-raised business tycoon in his obituary in the Sydney Morning Herald after his death in June 2015 due to complications from heart surgery.

Now the rags to riches, larger than life story of Bond’s triumphs and failures is set to unfold in a rollicking new two-part biopic from CJZ, the same creative team behind Perth-centric TV dramas The Great Mint Swindle and House of Hancock.

The series opens with Bond (played by Ben Mingay), about to head to jail in 1997, delivering a narrative about his life and forays into everything from yachts and TV stations to blimps and breweries.

He was a man who never took no for an answer and “always came home to the love of a good woman” – describing devoted wife Eileen (Adrienne Pickering) as the best thing that ever happened to him.

Read the full story and watch a preview video at The West.