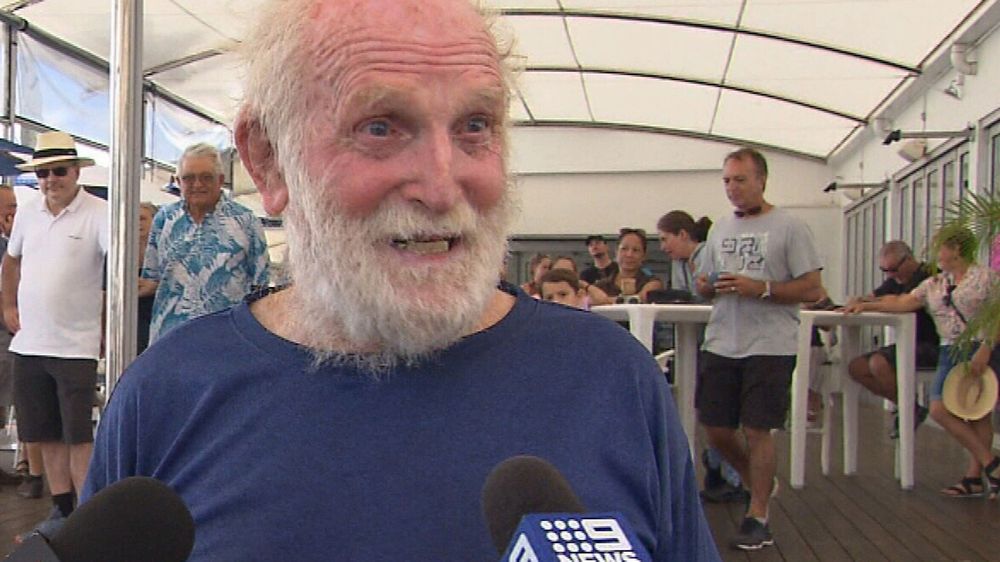 Bill Hatfield chats with the media after stepping back onto dry land. (Nine)

When 81-year-old Bill Hatfield sailed through the Southport Channel into the Gold Coast waterway, he had finally achieved his dream of sailing solo, non-stop and unassisted around the world. It had taken him 295 days and was all the more remarkable because he did it west about.

He also became the oldest person to achieve the feat, eclipsing the record of 77-year-old Jeanne Socrates who completed her voyage in September last year.

Hatfield used a watermaker to keep him supplied with potable water and lived on fish he caught, as well as tinned food and large quantities of fruit cake.

“Oh, I'm very pleased to be back – I can tell you that. Nice to be on land again,” Mr Hatfield told 9News. You can see the full interview with him here.

Hatfield was non-committal about future plans, but it's unlikely his sailing – or record-breaking – days are over.