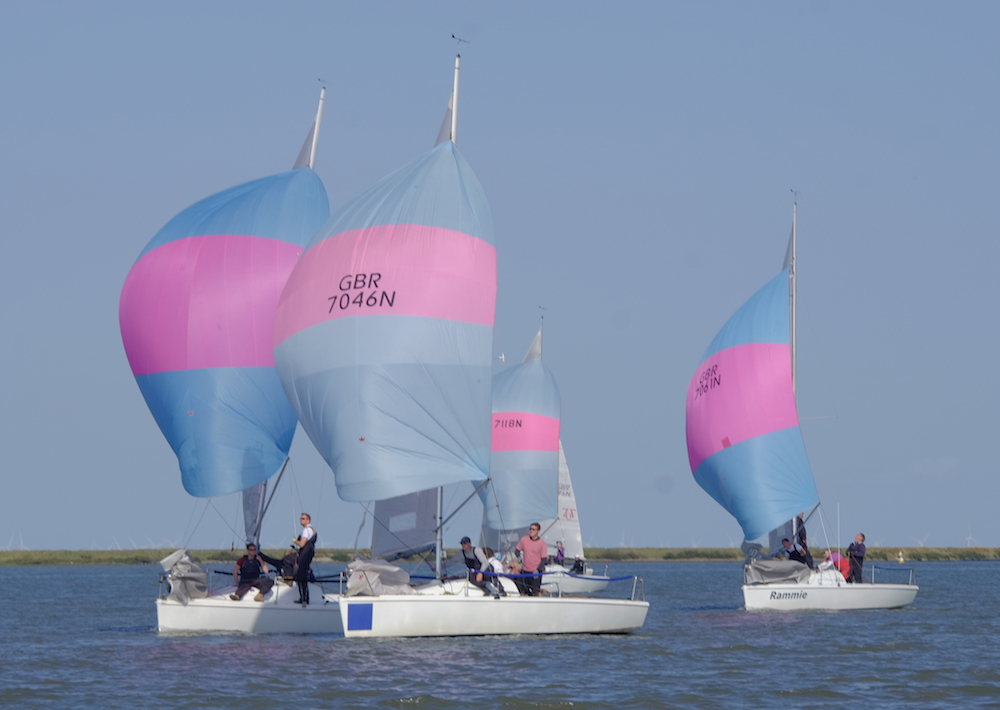 This inaugural event to determine the UK keelboat champions of champions was scheduled to take place this weekend (22-23 September) but with series of low-pressure systems sweeping across the UK and forecast to continue until the weekend, the chances of completing a full two-day race series looked slim. Edwin Buckley – the Event Director – said he and his committee felt it was prudent to make an early call.

“It was a difficult decision but regrettably the Keelboat Endeavour is to be postponed. The wind on Sunday is expected to be gusting more than 40 kts so this will make the event un-sailable because we do need two days of good racing to have a successful event.

“We are naturally disappointed because we were all looking forward to some good racing at this first event with eight teams from all around the country, signed up to race the club’s fleet of 707s.”

Although the new date for the inaugural Keelboat Endeavour has yet to be confirmed there are two dates the committee has in mind, either 23-24 March or 6-7 April 2019. Buckley continued: “As soon as we have a firm date we will let everyone know. Those who missed this wonderful opportunity can request an application form from info@royalcorinthian.co.uk.”

The spring Keelboat Endeavour using up to six of the RCYC’s fleet of 707s will be run in a British Keelboat League-style knock-out format with 25 plus races over two days with RYA on-the-water umpires keeping an eye on proceedings.

The event is open to all keelboat champions including J/109, J/111, Fast40s as well as a large contingent of champions from classes like the Squib, Flying 15 and local one-designs that run a national championship and have exceptionally high quality competition.

In the meantime the annual and long-running Endeavour Trophy for dinghy champions is scheduled to take place this autumn on 12-14 October 2018. With 30 entries already signed up, this end-of-season dinghy Champion of Champions’ event is as popular now than it has ever been with many dinghy sailors regarding it as the ultimate prize on the UK dinghy racing circuit.