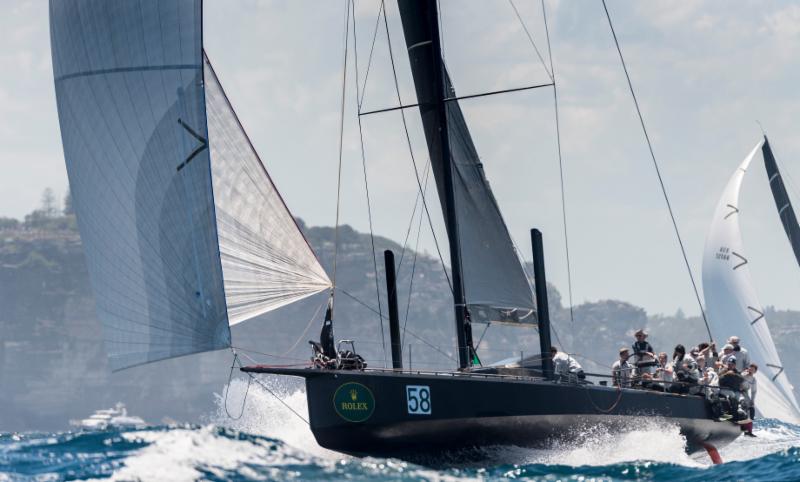 The 2017 RORC Transatlantic Race makes up one half of the Atlantic Anniversary Regatta (AAR). The second race, organised by the RORC and Norddeutscher Regatta Verein (NRV), starts from Bermuda on 7th July 2018 and finishes in Hamburg, the home port of the NRV, celebrating its 150th anniversary.

West and eastbound across the Atlantic

For the RORC Transatlantic Race, two of the favourites for the overall win under IRC will also be racing from Bermuda to Hamburg. Jens Kellinghusen's German Ker 56 Varuna, representing the NRV, and Eric de Turckheim's French Nivelt-Muratet 54, Teasing Machine. Both owners are members of the Royal Ocean Racing Club. Whilst both of the yachts are new to the racing circuit and relatively the same size, there is a huge difference between them, as Laurent Pages, Teasing Machine's tactician and winner of the Volvo Ocean Race, explains:

“Varuna has a canting keel and a powerful hull shape,” commented Laurent. “We have just completed 10 days testing with the new Teasing Machine which is fixed keel. We are happy with the performance over a broad range of conditions. I have no doubt that Varuna will be quicker in strong reaching conditions, but racing across the Atlantic is not a straight forward sprint; there are local effects and you need to always be looking forward to get your strategy right. Varuna should be ahead of us for the race. However, after time correction, Teasing Machine has the ability to change that. Personally, to race across the Atlantic twice in the same year is fantastic. It is a rare opportunity.”

Two corinthian entries for the Atlantic Anniversary Regatta are keeping up a tradition that dates back over 100 years. Andrews 56, Broader View Hamburg and JV 52 Haspa Hamburg belong to the Hamburgischer Verein Seefahrt (HVS). Established in 1903, the HVS encourages young sailors to go to sea, to develop teamwork, fairness, and leadership.

During a long and illustrious history, HVS has organised close to 60 transatlantic crossings and two circumnavigations. Haspa Hamburg has just returned from Australia, having sailed back after last year's Rolex Sydney Hobart. Both yachts will sail from Germany to Lanzarote to compete in the RORC Transatlantic Race, giving delivery crews the opportunity to sail thousands of sea miles before the race crews arrive.

“The Atlantic Anniversary Regatta is very important to the HVS, it offers us the challenge to compete in two races; perfect for our cause,” commented Bjorn Woge, Skipper of Broader View Hamburg. “The youngsters practice many skills, including hands-on knowledge of racing rules, tactics, sail setting and trimming, navigation, electronics, weather and pilotage. On a personal note, I made a promise to my son Benedikt that when he finished school, I would cross the Atlantic with him, and he has reminded me of that! For the RORC Transatlantic Race, Broader View Hamburg will have five crew under 21, including my son, and the other half of the crew are experienced offshore sailors.”

Full social calendar before the start

Marina Lanzarote will be a hive of activity in the run-up to the start of the 4th edition of the RORC Transatlantic Race. Competitors will also enjoy social occasions organised for crews to mingle, plus the opportunity to race with the world class RC44 fleet, competing for the RC44 Calero Marinas Cup.

“The guests sit in the back of the boat just behind the driver. This is a fantastic position because they are about 30cm from the superstar skippers and listen to all the tactics that he is giving to the crew. For the guest, it is as if you were sitting behind Sebastian Vettel in a Formula 1 car,” RC44 Event Coordinator, Hubert Detrey explains.

The entry list is still open for competitors interested in taking part in the RORC Transatlantic Race, run in association with the International Maxi Association, and is the first leg of the commemorative Atlantic Anniversary Regatta starting on 25th November 2017 from Lanzarote to Grenada.