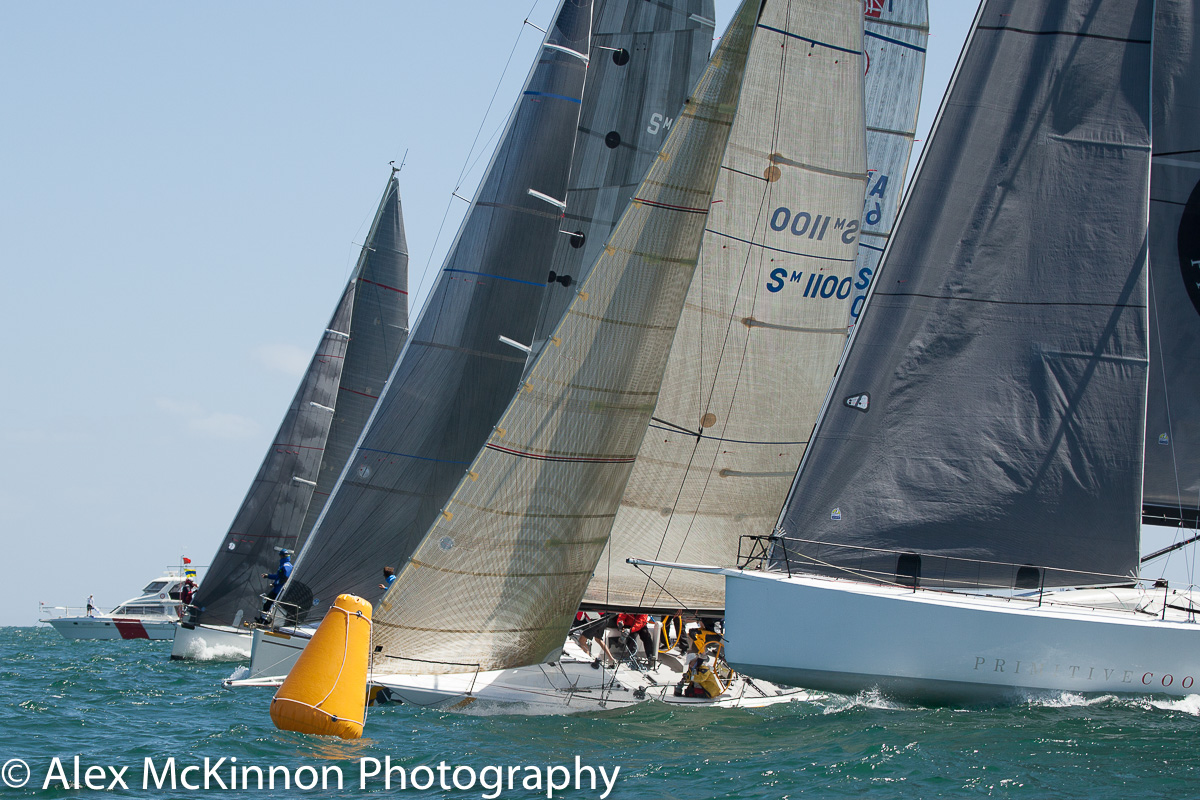 Big winds and choppy seas were the taste of Saturday’s racing at the Club Marine Series. Race Day 5, February 25, saw 120 boats registered for the series with some boats not venturing to the start line due to the fresh Port Phillip Bay breeze.

A strong 20 knots blew in from the South/ South-West bringing with it choppy seas and a playground for many boats. With only one race sailed crews had to be prepared and switched on from the ‘get go’.

It was ‘make or break’ for Wicked in Division 1 but heavy weather specialists and close rivals, Bruce McCraken’s ‘IKON’, sailed well placing them in the lead overall for AMS and IRC. A similar step up was seen for YV Performance Handicapping when Phil Bedlington’s ‘BKT Jamhu’ sailed a great race and now sits in the lead for the same division.

“The boat does well sailing in a bit of breeze and with most of the regular crew on the boat we were able to do quite well. We just wanted to sail a clean race, learn as much as we could and have fun. It was great we could take the opportunity to prove ourselves against the high quality keelboat fleet. Overall, we’re wrapped with the result and wanted to thank Rob for letting us sail for him.”

Winning line honours and after a successful number of races over the series, B Feore and G Jackson’s ‘Skipjack’ took another bullet allowing them to maintain their strong lead overall in IRC. Meanwhile P Neilson and R Langham’s ‘Moonraker’ also maintains their lead in AMS and YV Handicapping.

Blue Division also enjoyed the stronger winds and with so, further varied results have compacted the top seven competitors and with two races to go consistency will be key for gaining a podium position in this division. Winners of race day six Will Merritt’s ‘Andalucia’ sailed a great race and took line honours. Will said,

“We do better when the wind’s up! We’ve been sailing the new format for a couple years and enjoy the new Blue Series racing- it suits us to the ground. We like the fact that it’s PHS Handicapping and that it caters for cruising boats and the like. We took the day with no reef in the main so were able to hammer along with good boat speed for the whole race; we look forward to finishing the series off in two races time!”

Racing continues for the Club Marine Series on the 18 March with Race Day 6 when Sandringham Yacht Club hosts the series again with the Keeping Cancer at Bay race.