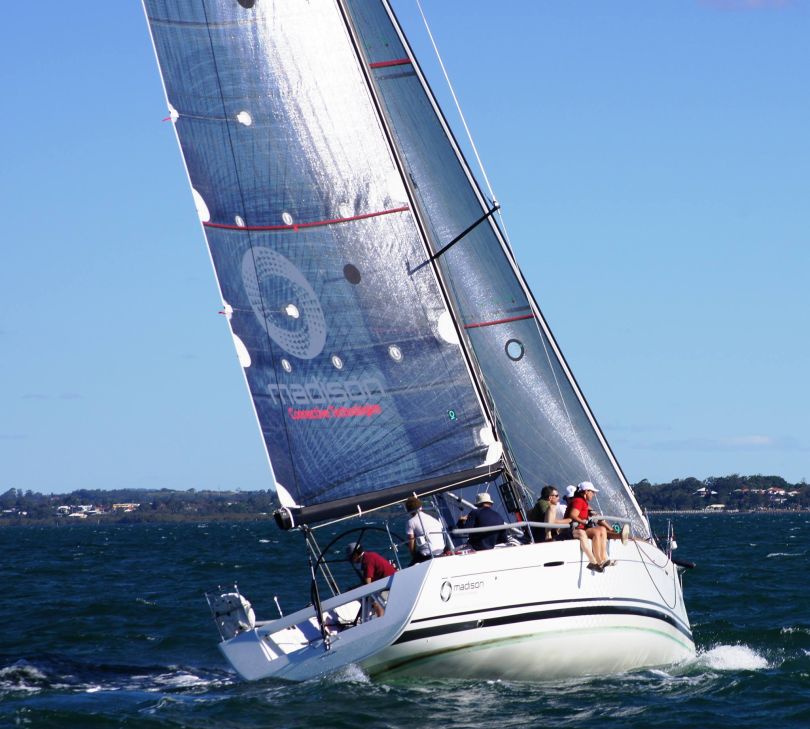 For many editions of the Rolex Sydney Hobart Yacht Race, Beneteau has represented the largest production brand presence. For the past five years, Beneteaus have won the IRC Division 3.

According to Vicsail managing director, Graham Raspass, Beneteau's achievement in the internationally renowned bluewater classic is unsurpassed. “The Beneteau Firsts continue to dominate the production builders represented in the Sydney Hobart and it’s pretty simple as to why. They are a stable seaworthy yacht, built to withstand what the Sydney Hobart conditions can dish out, while still performing very, very well. There’s just no comparison!”

One Beneteau owner, David Redfern from Queensland, completed his first Sydney Hobart on his Beneteau First 40, Not a Diamond, arriving in 13th place. David describes the experience as “Fantastic, exhilarating, challenging, immensely satisfying!

“It was everything and more than I thought it would be, apart from the first night which was horrendous. After that the weather gods really smiled upon us so it was a quick and relatively comfortable race.”

The start of the 70th edition of the RSHYR was a highlight, says David. “I love starting yacht races but this was another dimension. We had a cracker of a start and probably the closest start in terms of spacing between boats that I've ever been involved in.

“There was plenty of breeze and we were powered up pretty early, found a slot and went for it. There were boats all around us and some big buggers as well but we slipped through nicely and held a windward position to the Heads. I have to say though the adrenalin was really pumping and I think that goes for everyone on board. Just to be there was incredible.”

This year’s event suited the small boats running symmetrical spinnakers. David continues, “The run down the NSW coast on the first night was awful, with a messy seaway, no backs to any of the waves and generally very uncomfortable conditions which made it almost impossible to get any rhythm going.

“However, Not a Diamond took it in her stride and there wasn’t a moment when we didn't feel confident in the boat. After that, we had two days and two nights of running with the breeze and again she performed beautifully. At one point, we were surfing at 17.6 knots with an S5 up and while that was pretty much ‘the edge’, it was still safe.”

Thorough preparation and training were key to Not a Diamond’s success, and David believes this is what held the team together, even in the most challenging moments. “I commented before the start of the race, that I couldn't identify any stone that we'd left unturned and that proved to be the case. I think we were prepared as best as we knew how to and that included calling on a whole bunch of people for advice and input and to me this is the most important aspect of the Hobart,  ensuring you’ve recruited the right crew.

“Some people told me because our crew had been sailing together for less than a year we might be a bit undercooked and perhaps we should wait another year. But I knew the breadth and depth of preparation that had occurred so I was confident we were ready.”

Leading the Division a couple of times during the race didn’t add to this first-timer’s nerves. “We had a game plan that we promised ourselves we would stick to and did so. I think we were a bit surprised a couple of times but when everything was weighed up we were sailing the boat fast and well. The crew was performing magnificently and we were in a race that suited small boats that flew symmetrical kites, so it sort of all added up.

“Having said that, we had four really good helmsmen on board and they worked around the clock at keeping the boat going as quickly as possible in the given conditions. Unfortunately we snapped the boom just off Tasman Island and that slowed us up a lot and cost us, what we think anyway, would have been a top ten overall placing.”

David heaped special praise on a few of his crew, including Charles “Chucky” Kosecki, “a gun bowman in his own right, who led the preparation of the boat.

“His input based on his own experiences was invaluable and saved us an enormous amount of time. We have a Quantum and Norths sail wardrobe and both Ben Kelly from Quantum and Vaughn Prentice from Norths provided significant input during the preparation.

“Special mention needs to be made of Stuey Reader, our navigator, who spent months pouring over weather patterns, previous Hobart races and gathering information from anyone that would talk about it all with him. In particular Tony Shaw, from RQYS. was incredibly helpful in contributing to tying all the information together and developing a tactical plan for the race.”

The feeling of elation and achievement upon arrival in Hobart are beyond comparison and David says that emotion is unanimous among all who sail this epic race. “Everyone I spoke to about the Hobart said that no matter what you experienced throughout the race, the sense of achievement in completing would be a little overwhelming and that was certainly the case for us. It was a bit surreal actually but there is no denying the sense of achievement, satisfaction and camaraderie amongst the crew. It is one of the best things I've ever done and I know that's the same for the other Hobart ‘Virgins’ on board!”

Despite thinking it would be a one-off 'bucket list' endeavour, David is now keen to go again. “Having completed one Hobart is something that I thought would never happen and I think the bug has bitten! So given that the crew is happy to go again, at this stage, I think we’ll be lining up again in December.”

Special mention also for the efforts of Jacinta and Brett Cooper undertaking the great race on the Beneteau 57 Mistraal after a 20 year break. With Jacinta at the helm they successfully completed the race and took out the Cruising Division.