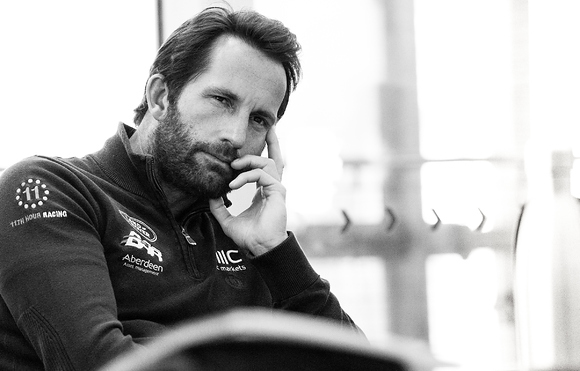 It's a little over six months since Land Rover BAR made it through to the semi-finals of the 35th America's Cup, where it was knocked out by the eventual winner, Emirates Team New Zealand 5-2, sending the Cup back to New Zealand, and Land Rover BAR back to Britain, the team announcing their intent to continue and challenge for the next America's Cup.

Six months on from Bermuda, Ben Ainslie is looking ahead…

The new Protocol arrived with massive anticipation. The major change that hit the headline was the return to monohulls which we expected and we're comfortable with that transition – the key people in our sailing, design, engineering and support teams all have a great deal of relevant experience.

We then received the initial concept drawings, we know that we're going to be foiling again and that in the right conditions, this boat will be as quick, or quicker than the AC50's raced in the last Cup. This is important as the sport has gained a lot of new fans and this boat, delivered with a global circuit and high-quality free-to-air broadcast TV, will cement their interest in the America's Cup and build on a very strong base.

Does anything concern you?

The big thing about the new boat is the cost and the potential for some pretty massive wipe-outs. The budget to design, build and race the new class could be huge if we are not all careful. There are also the commercial regulations for the event, which are a little ambiguous. Those are two key areas in which we need have more information and better understanding. We've got a good relationship with the defender, Emirates Team New Zealand, over the next couple of months we hope to get full clarification.

How important is simulation in the Technical strategy?

For the 36th America's Cup simulation is going to be crucial. The practical side of our simulation is already very good. We've got the motion platform and the VR goggles – the hardware is fine, but they can always be better, obviously that is an area where we need to really focus more resource this time. For the last Cup, Emirates Team New Zealand also had a great model, which enabled them to come up with a concept and make that work.

The Kiwis have a similar make-up to our team, in terms of the commercial structure. Like us they don't have an open cheque book or a wealthy individual behind the team paying all the bills. We're both in a similar situation. Once the class rule gets launched, or finalised, at the end of March we will have more clarification of the challenge ahead.

What happens for Land Rover BAR in the next couple of months ahead of the Class rule announcement?

It's going to be quite fluid over the next two or three months until we have the class rule. We will continue building up a strategy with some areas that we can lock in on, but there are many other areas that we need to know the exact details before we can really move forward. There's still going to be a progression – probably through until Easter – before everything is settled in and people can say, 'Right, this is the structure, the team, the budget, the strategy. We're off.

What are the racing plans for Land Rover BAR in 2018?

While some of the team's design strategy is still to be decided, one thing is known, we will be in action next year aboard Tony Langley's TP52 Gladiator. We had a good first training session with Tony and his guys towards the end of 2017. It's pretty much 50/50 between the existing Gladiator crew and the Land Rover BAR guys that have come on-board. It's going to be a good opportunity for us to get the team out racing, to retain some of our core sailing team and to try out some new people.

We're going into the series with our eyes open, we all appreciate just how tough the 52 Super Series is with teams that have been doing it for ten years plus. So, we're under no illusions that even with Tony and his team, who have been at it for a while and have got a great setup, it's still going to be very, very tough.

What are the plans for the Land Rover BAR Academy?

They will be racing in the Extreme Sailing Series for the third year and we are looking at how we can support the programme even more. They had a successful year winning the Red Bull Youth America's Cup, but the Extreme Sailing Series has been tough for them because they've had a lot of rotation. If you look at the other teams that are excelling in that series, they've got continuity, they practice incredibly hard and they've got the resources.

The one thing about the Extreme Sailing Series circuit is that you need consistency in the crew line-up, it sharpens you up. Therefore, we are going to try and lock into a more consistent crew and potentially combine Land Rover BAR Academy sailors with senior team sailors.

There's an immense amount to learn, a lot we still don't know but we are ready to hit the ground running. It's going to be a very busy and interesting year.