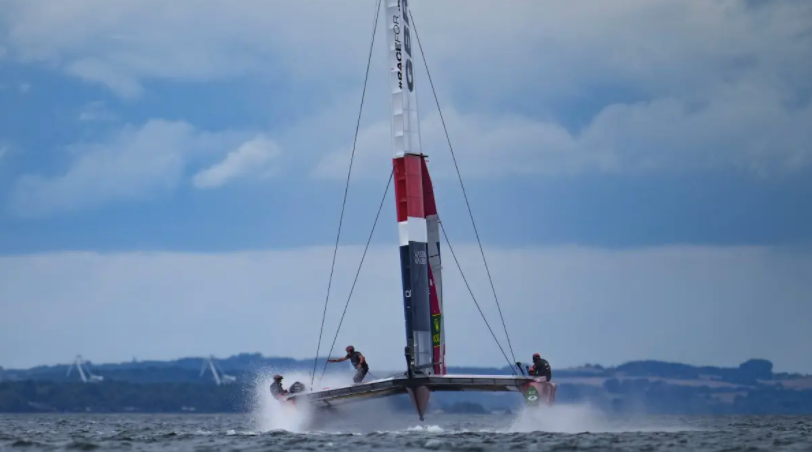 Great Britain SailGP Team CEO and driver Sir Ben Ainslie returned to the wheel of the British F50 today as the team began training ahead of the ROCKWOOL Denmark Sail Grand Prix in Aarhus (August 20-21).

It was an eventful return to action for Ainslie, who had missed the previous two SailGP events to welcome the arrival of his baby son Fox, as he and the British crew broke the SailGP speed record with a top speed of 98.3 km/h (61.1mph/53.1 knots) in strong breeze on the Aarhus waters.

After winning the opening event of the season in Bermuda, Ainslie has returned to the Great Britain SailGP Team with the team in a strong position, second on the overall Championship leaderboard level on points with the leaders – Tom Slingsby’s Australia SailGP Team. On returning to the team, Ainslie was full of praise for fellow Olympic gold medallist Paul Goodison who temporarily led the team in his absence in Taranto and Plymouth.

Ainslie said: “The team has done brilliantly over the past two events. It was great to see Paul come into the team and with very little time to practice beforehand get straight into the thick of it. They battled hard, and it was great to see their fighting spirit come through and finish on a really positive note with a race win in our home event in Plymouth.”

For the full story, see: https://sailgp.com/news/great-britain-breaks-f50-speed-record-ben-ainslie-denmark/