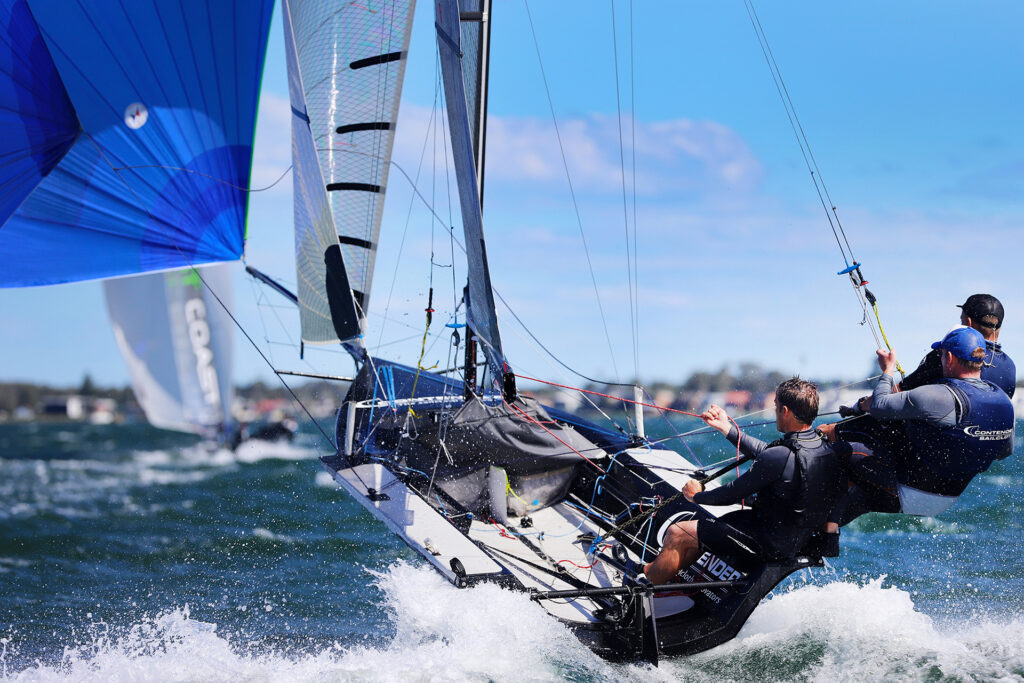 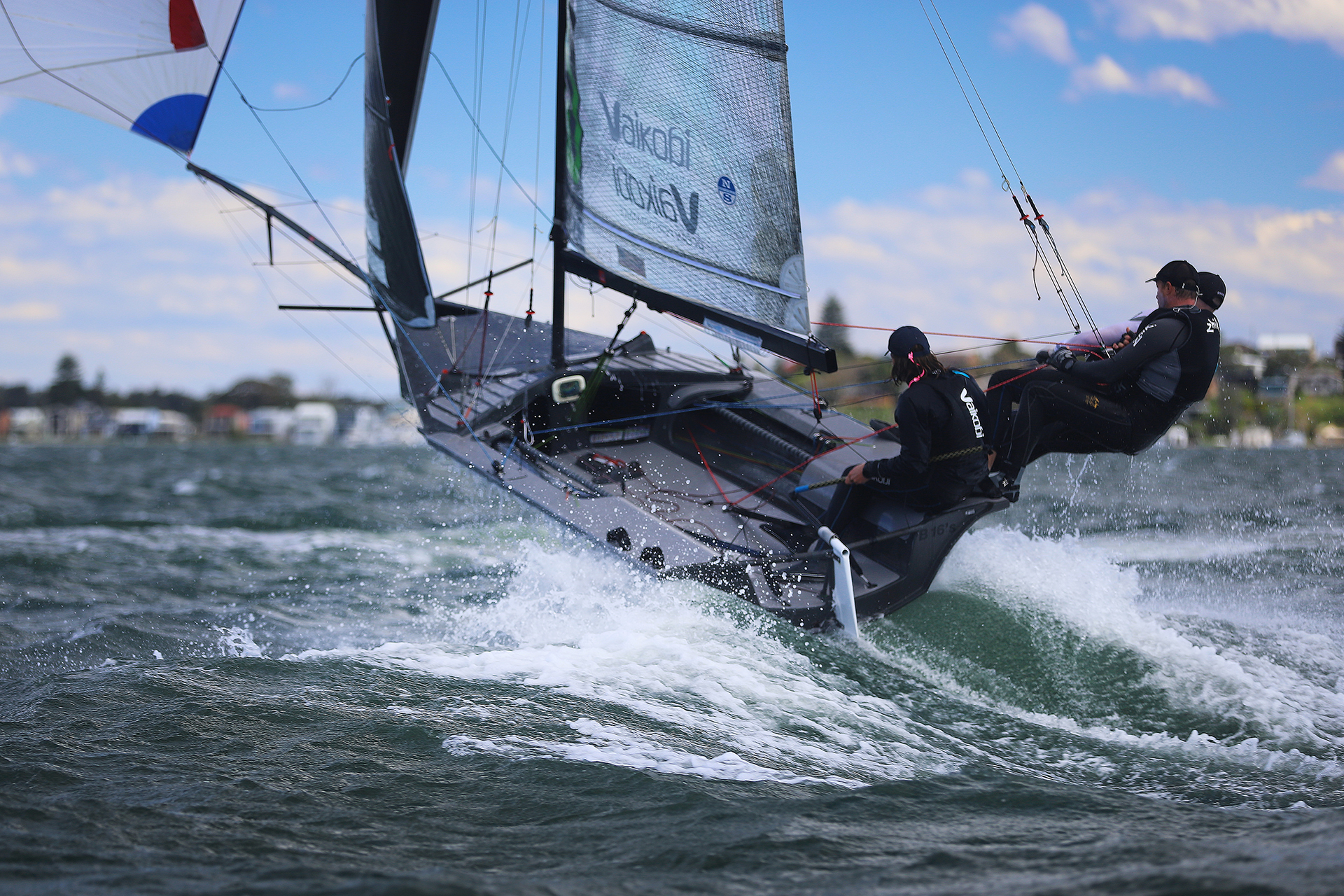 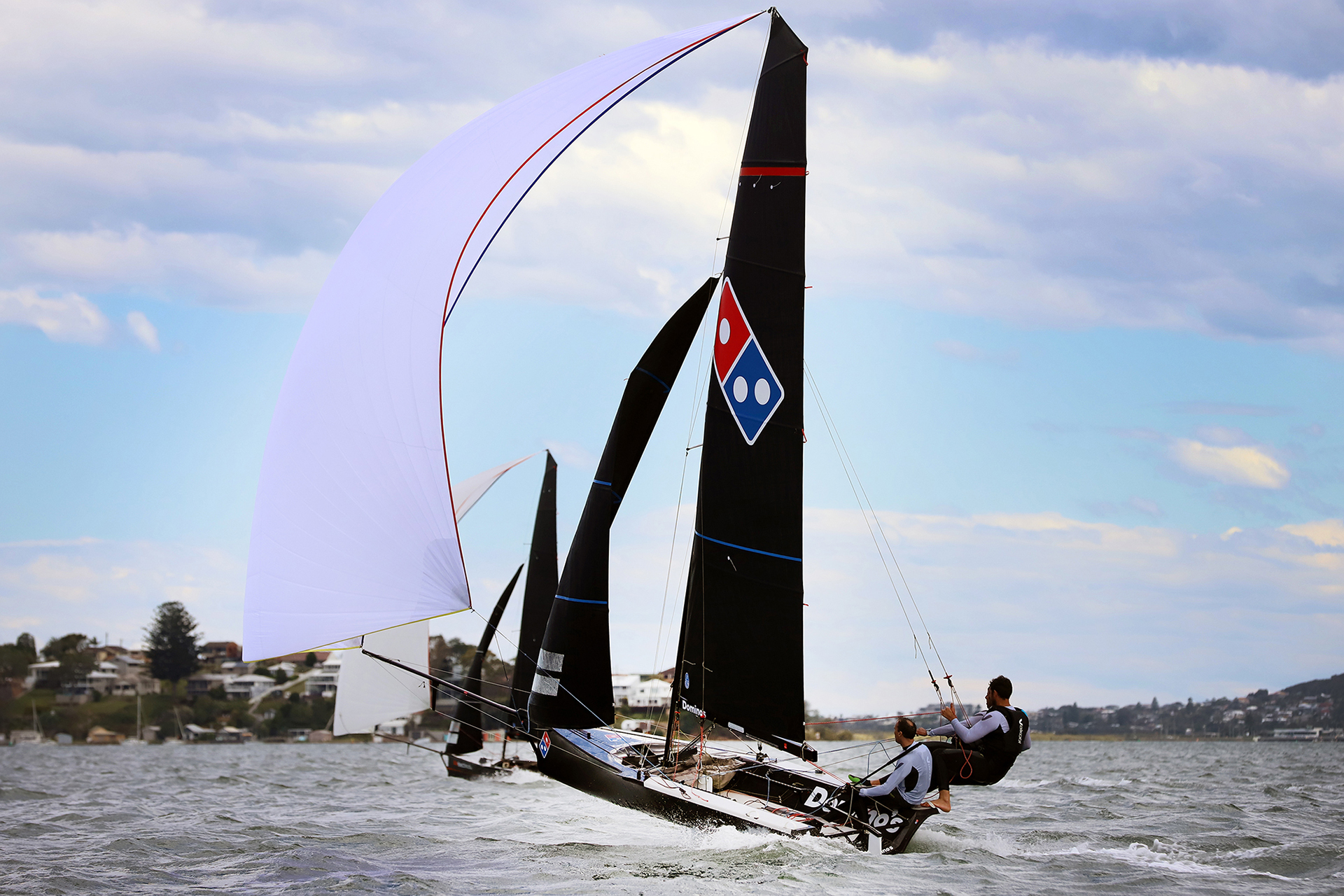 They’ve been champing at the bit like Melbourne Cup favourites, and finally a 25-strong fleet of 16-Foot skiffs has been unleashed in spectacular style at Belmont 16s on Lake Macquarie, NSW.

The previous season was a stellar one, crowned by a quinella in the Australian titles, and the competition intensity has ramped up even further after an extended offseason.

“We’re enthusiastically looking forward to what the rest of the season has to offer,” Commodore James Griffiths says. “This weekend we’re hosting a round of the NSW State Titles, and in January we have the Redpumps 16-Foot Skiff Nationals.

“We’re also entering our club’s 100th anniversary year of sailing, so we’re thrilled to be able to continue the history and tradition with such strong fleets.”

Strong winds last Sunday forced Heat 2 of Belmont’s skiff Club Championship to be abandoned, yet it didn’t stop a number of crews from getting some high-wind training before the upcoming titles.

Tom Burton, Laser class Gold Medallist from the Rio Olympics, is campaigning his own boat, Knighton Group, at Belmont with Australian Sailing team member Jake Liddell (Nacra 17) on the helm and Simon Hoffman at the bow.

Rumours abound that some of the foiling stars may also try to find a skiff for the 16s nationals.

“In the junior classes we have 14 Bics and 17 Pelicans, and we’ve seen strong progression into the Flying 11s – there’s 17 of them registered,” James Griffiths adds. “And 17 is the magic number for the Cherubs as well.

“I’ve felt like the Commodore who stole Christmas for the past couple of years so it’s fantastic that everyone can now come together and enjoy the bay.”

Sailing manager Nadine Steenson adds: “We’ve had a new wave of families come through, with loads of new faces among the juniors. Some of our current skiff sailors are also bringing their kids here to sail Pelicans.

“Lots of our Flying 11 kids have moved up to Cherubs, which meant we were a bit worried about our Flying 11 numbers … but there’s 11 new skippers among that fleet.”