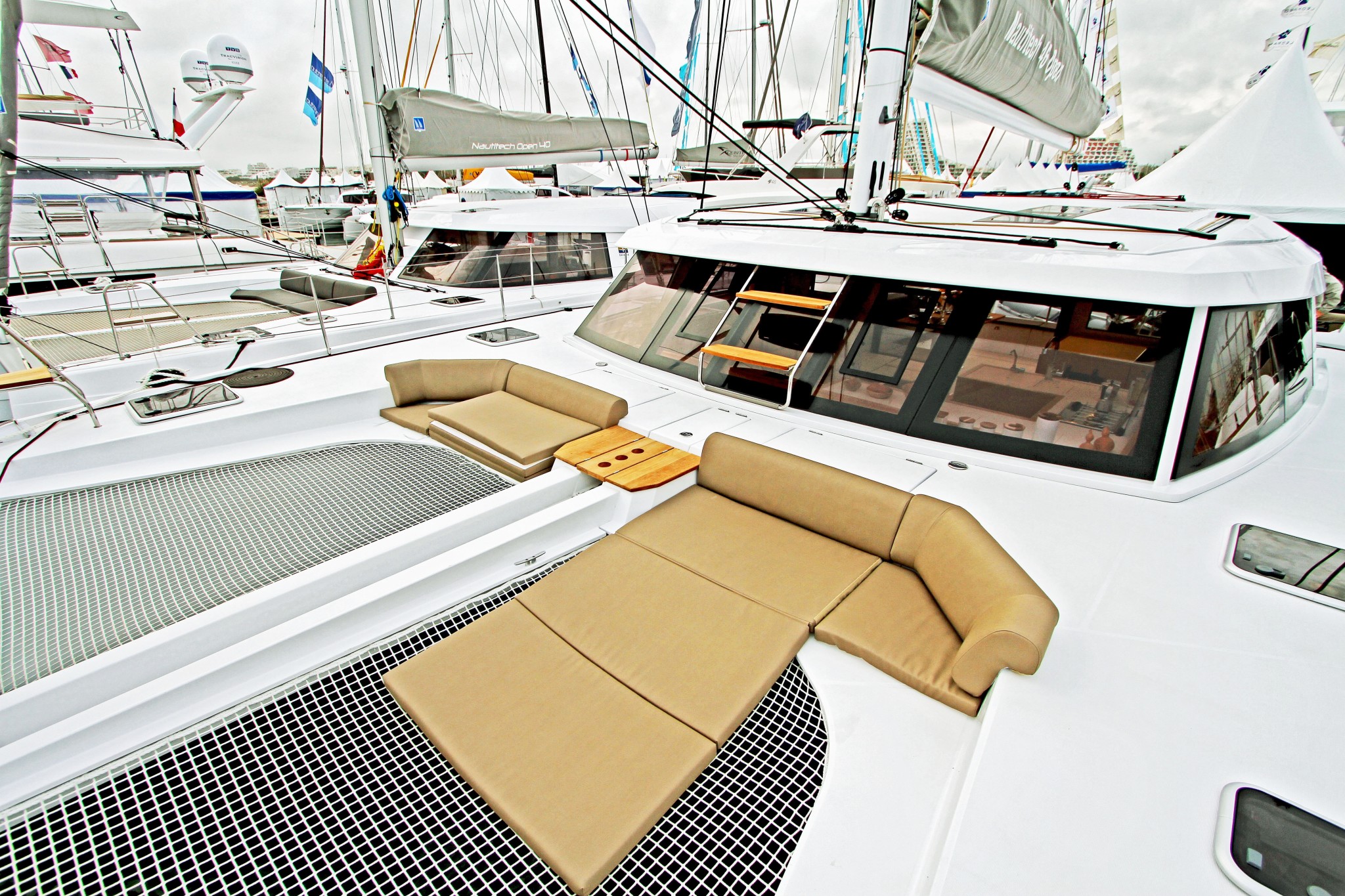 Ensign Yacht Brokers are pleased to see its first Bavaria Open 46 catamaran make it to Australia in preparation for debut at the 2016 Sydney International Boat Show.

Built in the French yard of Nautitech under the parent company of Bavaria Yachts, the Open 46 benefits from the same highly popular styling of the smaller Open 40, see Cruising Helmsman August issue boat test.

In the case of the Open 46, six extra feet and some extra beam make a difference. A fine twin hull entry under the waterline leads up to her stepped hulls. This opens up the living areas in the hulls and between decks, hence the name. The Open 46 offers a level of volume and comfort normally associated with far larger craft.

Her living quarters boast space and storage solutions, with an excellent modern take on the traditional 4 bed/4 head (or 3 bed/3 head) that requires inspecting while on display at the show. The galley design suits extended cruising and the semi-custom options available are numerous.

Where Ensign claim the Open 46 really shines is in her cockpit and saloon areas. Sliding glass doors open the two zones to form one living area, highlighting why the Open 46 sold some 20 units in its first year of production, before even the first vessel had been completed.

Boat show deals will be on offer from Ensign so the Bavaria Open 46 is certain to be a boat to inspect at the Sydney International Boat Show 2016.