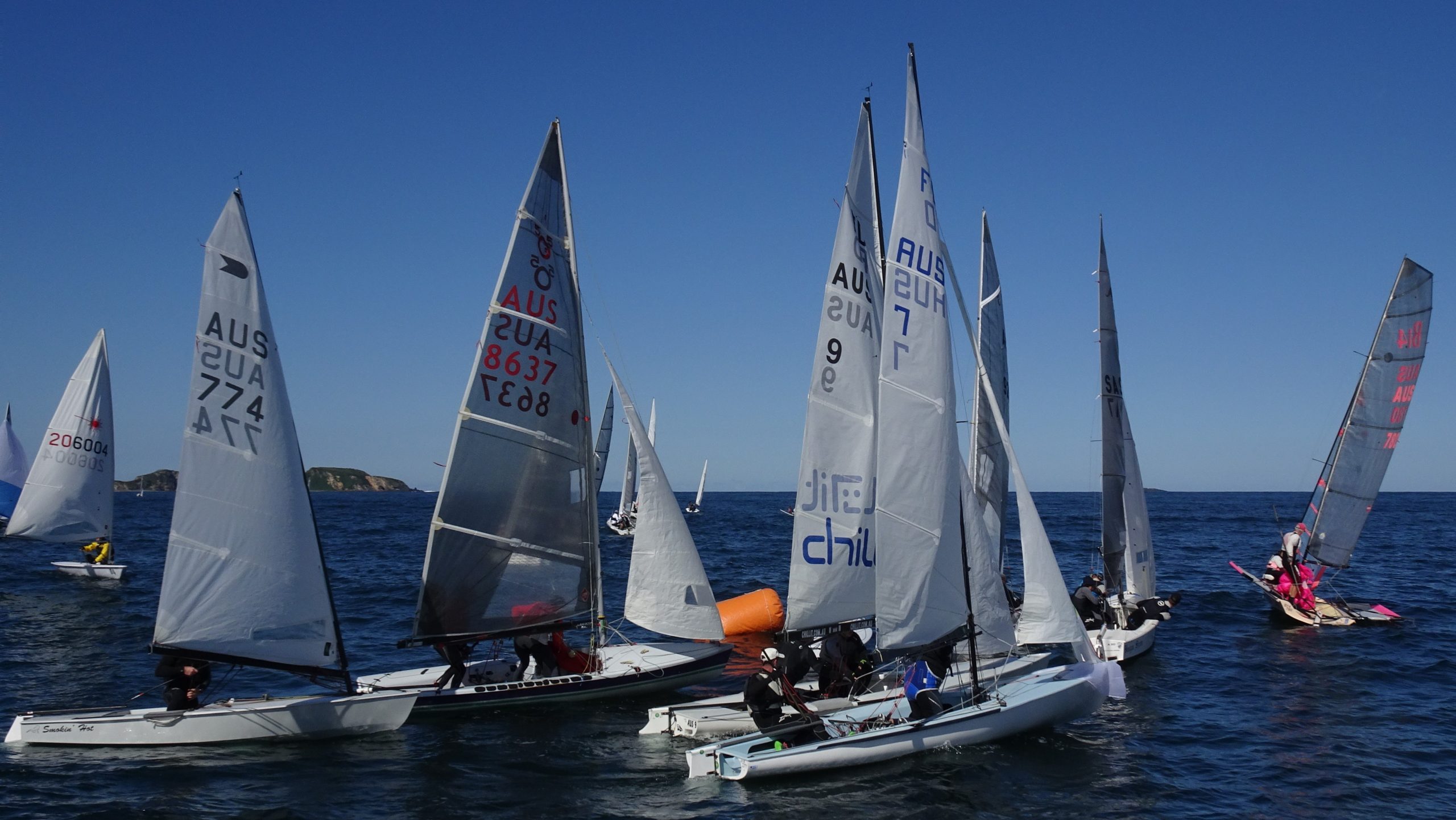 Sailors came from far and wide to race the 2021 Batemans Bay Marina Regatta on April 24th and 25th, including one crew who drove across from Adelaide.

There were 81 boats out on the Bay over the weekend. There were strong fleets in the 505, Lightweight Sharpie, Laser, VXOne and Hansa 303 classes.

Despite light breezes, a full program of four races on the offshore course and six short races on the inshore course were completed thanks to Race Officers Phil Yeomans and Hamish Balfour and a large team of volunteers from Batemans Bay Sailing Club and Sailability.

The conditions made sailing a testing battle of wits rather than one of thrills and spills. All the same the usual class acts came to the fore including multiple Australian champion skipper Michael Quirk in the 505s, Canberra sailing legend Bruce Payne in the Lasers and world champion and Olympic coach Adrian Finglas in the VXOnes. Ian Brown added a 505 class Batemans Bay bronze medal to his 470 class bronze from the 1976 Olympics.

The competitors were full of praise for this regatta which is a traditional season closing event for many classes around NSW and the ACT.

Full results are up at http://www.bbsc.org.au/2021-Batemans-Bay-Regatta-RESULTS.